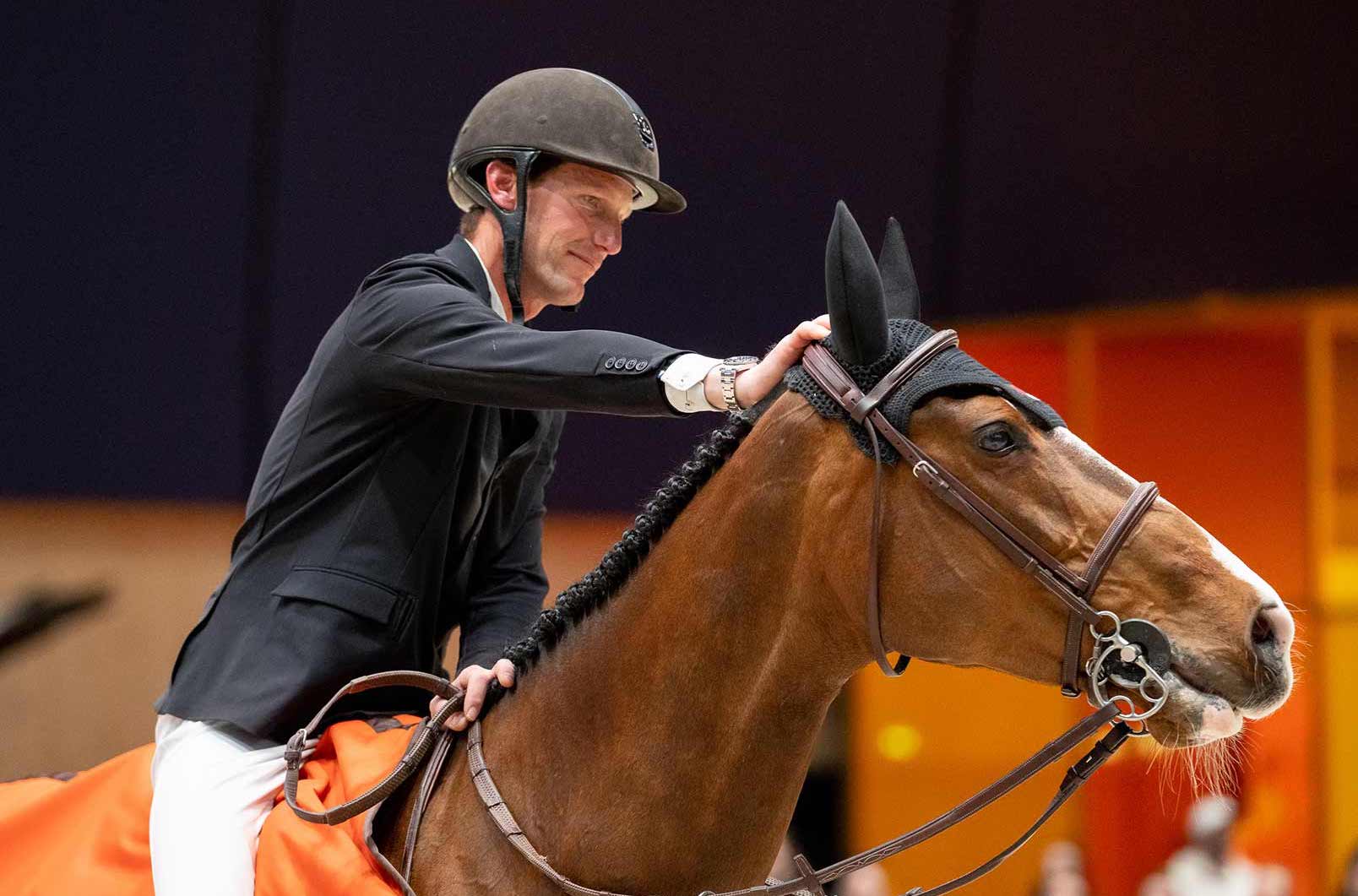 Saut Hermès is iconically french, but the sport of saut d’obstacles *google translate: show jumping* is a universal language. To equestrians, anyway.

After a two year hiatus, the 5* Saut Hermès show made its long awaited return to the heart of Paris. French Olympic champion Kevin Staut kept the prestigious Grand Prix Hermès title in French distinction, scoring the win on Sunday with 14-year-old mare Chepetta. The title was previously held by compatriot Simon Delestre and Hermès Ryan, who won the class both in 2018 and 2019.

Despite the experienced field, it was not an easy course to the 400,000 Euro podium. Staut, Eckermann, Fredricson, and Argentinian José María (Jr) Larocca were the only riders out of 29 to campaign double clears.

The class came to a jarring halt after Swiss rider Bryan Balsiger jumped the final fence on course and suffered a fall with his Olympic partner Twentytwo des Biches upon landing (des biches is french for “deer”). The mare was non-weight bearing on her front left leg, and immediately cared for by on-site vets before being taken to the veterinary clinic in Grosbois, France where the clinical team discovered a fracture. She underwent surgery Monday, March 21 performed by specialist Dr. Fabrice Rossignol, who reported the procedure was a success.

“This is very difficult for me and I am deeply affected,” shared Balsiger. “But I am also relieved today that the operation went well and that Twenty is standing and can walk already. Now I hope with all of my heart that she gets better so I can see her in the yard as soon as possible.

“Twenty has given me so much and allowed me to reach my dreams. Thank you to everyone for the amazing support since Sunday during this time. I am very touched.”

The venue looked a little different

If you streamed Saut Hermès, you might have noticed that this year the vaulted glass ceilings and classical essence of the Grand Palais were traded for a modern-contemporary style. That’s because it was a different building entirely. The Grand Palais, which has held the event the past 10 years, is undergoing restoration work in line with the 2024 Olympics. The Grand Palais Éphémère is a temporary structure also on the famous Champs-Élysées that was designed to host exhibitions while it’s being completed.

Fun fact: The Grand Palais has been the site of equestrian events since its opening in 1901.

French riders received applause before they started their round

The Parisians knew their hometown riders and were fully committed to the fanfare. Their scores of applause came before the rider even crossed the start timers. If motivation from the crowd was the extra push they needed for a clear, the 3,000 nationals in the stands knew the job. It worked, too.

The stables had an Eiffel tower view

If you’ve ever struggled to find Hotels or Air B&B’s with the quintessential Parisian Eiffel Tower view, becoming a 5* groom and attending Saut Hermès is the surefire (albeit, not necessarily easier) way. Another very important thing to note: every stall came equipped with a stuffed teddy. Not every horse can win a rosette, but every horse deserves a teddy.

Team Fuchs wins the style award (if there was one)