First and Second Time Are a Charm for Adopter Larisa Quirk  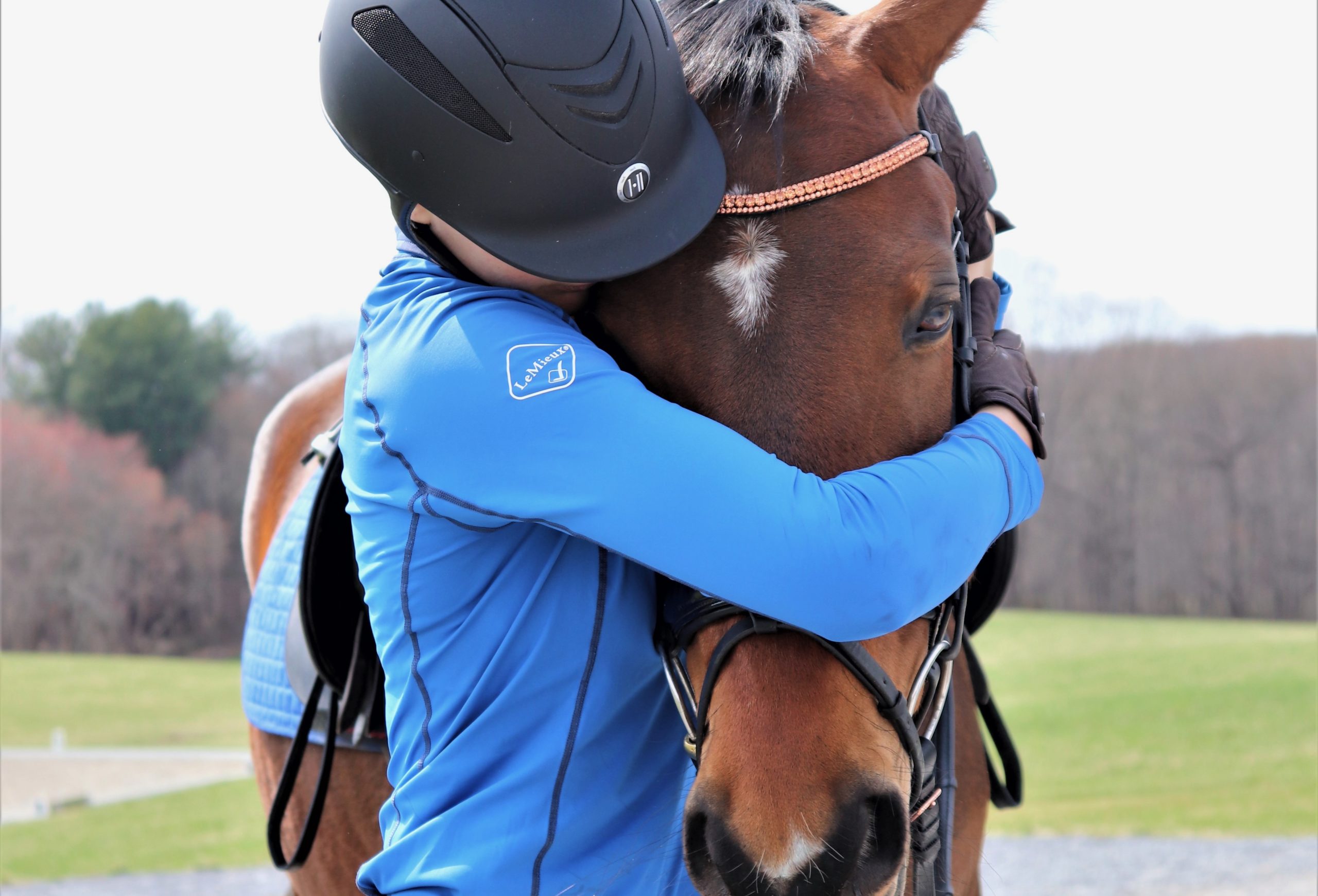 Larisa Quirk has been a supporter of Days End Farm Horse Rescue (DEFHR), in Woodbine, Maryland, since she was young girl volunteering at the farm.

Her dedication to the DEFHR mission has been rewarded two times over—first with her adopted mare Starbucks, and more recently with her second adoptee, Aria.

Larisa adopted her first horse from DEFHR in 2012, a feisty thoroughbred mare named Starbucks. When she first met the leggy bay, the mare had made progress in her recovery from severe malnutrition, dental neglect, dermatitis, and rain rot. Larisa fell in love, and along with her parents, they were eventually able to make Starbucks an official family member.

Starbucks received training under DEFHR’s head trainer, Sara Strauss, where the mare’s love of jumping was apparent. When Larisa adopted her, she tried to channel that enthusiasm toward a career in the hunter ring, but the strong-willed firecracker had other ideas. A special moment galloping through the fields near Larisa’s family farm in Laytonsville, Maryland, opened the door to different disciplines, including eventing and bridleless training and jumping.

“I will never forget that feeling. I was crying and laughing all at once—absolutely bursting with joy—and so was she,” remembered Larisa of that fateful ride.

Fast forward to 2016, when 700 animals were seized as part of a collaboration with another organization in North Carolina. DEFHR took in a mare called Isadora, and although she arrived at DEFHR emaciated and highly parasitic, she made a full recovery. It was then discovered that she was pregnant. Isadora carried to term and gave birth to a filly at Christmas time, aptly named Kandy Kane Kisses.

Because of her ongoing support of DEFHR, Larisa was familiar with Isadora’s story. Since Starbucks was aging, and with extra encouragement from her barnmates to bring Kandy Kane Kisses along, Larisa pursued an adoption of the filly. In 2017, the adoption was cemented, and Starbucks got a ‘sister’, whom Larisa decided to rename Aria.

Because Aria had only recently been weaned when she was adopted, Larisa was responsible for giving her a strong foundation. She taught her basics in groundwork, lunging over poles, standing on a platform, and even how to lay down. Aria was a strong-willed mare from the beginning, so Larisa had to figure out the best ways to make progress.

“I learned fairly early on that she was incredibly smart and needed a job, but she also really responded best to lots of praise and reward, as well as time to process what she learned. Pushing too much at once would only result in taking a step back,” explained Larisa. “In return, she taught me patience, timing in my cues, and how to learn from my own mistakes.”

When it was time to get started under saddle, Larisa started the young horse in training with her friend Filippa Boughton, in Harwood, Maryland. Aria then returned to Larisa ready for the next steps, where she has since continued to develop and shows a lot of promise. Having learned from her experience in discovering Starbucks’s niche, Larisa is looking to Aria to see what the talented, coming-six-year-old wants to be.

“My greatest goal with Aria is to have a happy and healthy horse,” expressed Larisa. “Even when I first brought her home, everyone was asking what I would do with her, and I would just say, ‘It’s up to Aria.’ If she likes eventing, we will event. If she wants straight dressage, we will be ‘Dressage Queens’. If all she wants to do is go for trail rides and hack around the farm, that’s fine, too! As long as she’s happy, I’m happy.”

Aria’s personality has blossomed, and she fits right in at First Choice Farm, where Larisa is now working as the assistant trainer under international dressage rider, Felicitas Von Neumman-Cosel. She is personable, curious, and loves her treats, along with a good roll in the paddock. With all the support around them, Larisa is looking forward to Aria’s bright future.

“Aria’s potential was, and still is, endless. At this point, it looks like she is very much enjoying being a dressage star, so hopefully soon we will hit some show rings!” said Larisa.

Starbucks passed away due to complications with colic in August 2021 after nine years in a loving home with Larisa. Her legacy lives on through Larisa and all that was gained from her first adoption experience as it continues to be applied to Aria’s training.

Larisa’s involvement with adoption in two very different scenarios with two unique mares in Starbucks and Aria demonstrates that each rescue horse is an individual, making each match special. Their stories highlight the importance of asking questions throughout the adoption process to ensure a forever partnership, the value of which Larisa knows firsthand.

She noted, “Every rescue horse is wanted. They are just in a temporary home, looking for their permanent one.” 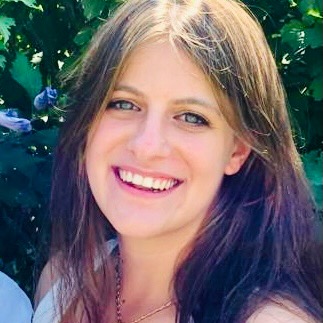