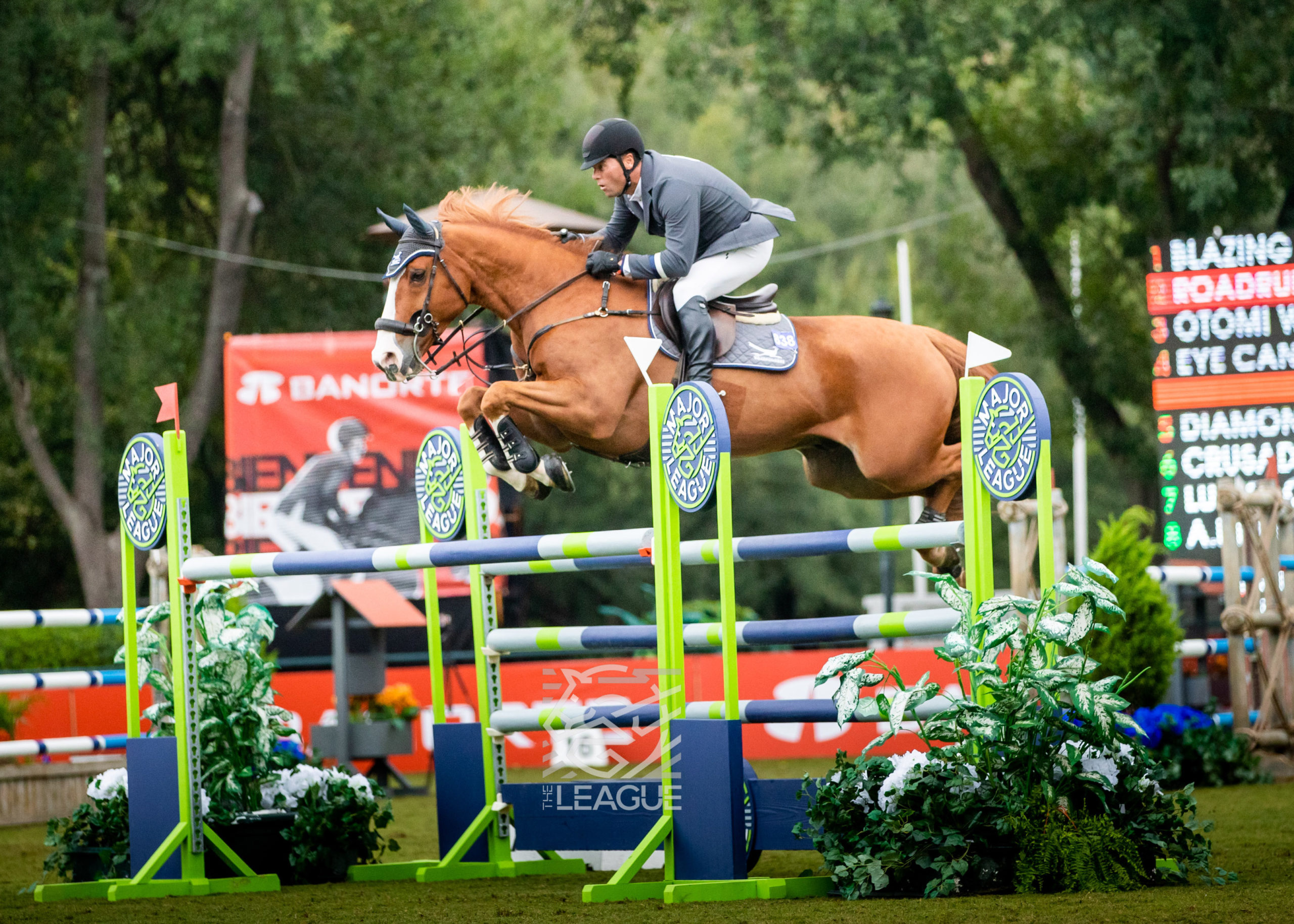 For decades, Kyle King has been a North American show jumping staple.

The west coast rider is a known threat in a jump off and no stranger to international competition or the winner’s circle. But he’s never really had a string to be a consistent contender on the world stage.

That fact was reflected on the world rankings list. At the start of 2021, you had to scroll down 917 riders to find King. He’s been rapidly rising the ranks since. In November, King cracked the top 100 for the first time. As of December, he’s in the 81st spot and he isn’t planning to change his upward course anytime soon.

The gnawing question is how the heck did he do it?

“To be able to campaign like I’ve been doing this year and doing all of these Major League stops and just getting consistent points [has been great],” said King.

“I’ve never looked at the world rankings because I never really had a group of horses to be able to campaign and the ability to do the five stars. So now it’s kind of exciting. I know a lot of the other riders, too, and we’re waiting like little kids on Christmas to see where we’re at,” he laughed.

In equestrian sport there’s no doubt you need horsepower.

King’s current string came to him as all great things do: through hard work and a little bit of luck—starting with the 12-year-old gelding Coffee To Go.

“I just got lucky. He didn’t really fit in the Spruce Meadows program at the time, and they sent me Coffee and a really talented young horse at the same time,” said King. “They both were a little quirky and had their issues with water jumps and stuff like that, but Coffee has just been a solid, solid citizen.”

How solid? The pair won three ranking classes at California’s Desert International Horse Park (DIHP) and logged 11 top 10 finishes over the course of 2021.

The 12-year-old Holsteiner Magic Mike has also been jumping throughout the Major League season. The gelding came into King’s barn about a year ago and produced good results right off the bat. The pair bookended their 2021 season with a 4* win in March and 5* win in December at DIHP and collected numerous top five finishes around North America.

“When we committed to doing the Major League, I took him to to Traverse City and we got some great miles there. Right off the bat, we were third in the first Grand Prix, second in another one to Beezie [Madden] and then we went to Spruce Meadows [in Calgary]. I jumped the biggest class in the world on him. And you know, the confidence grows each time knowing that a horse can handle something like that. He’s pretty special.

Then there’s Etalon, a 12-year-old gelding that came to King four years ago after his previous rider broke his collarbone. Originally a sales horse, the pair proved to have great chemistry and four-years-later Etalon is still campaigning with King, collecting wins in Vancouver, CAN and Monterrey, MEX in 2021.

Enzo rounds out his string. The 12-year-old KWPN gelding added 13 top 10 finishes to King’s record this year, highlighted by a fourth place finish in the 5* Grand Prix at Caledon, ON.

Come January, King will climb further up the world ranking list still based on his results at the final two phases of the MLSJ Tour.

“When you start seeing that you’re ranked, I mean, I’ve always been a pretty confident rider, but now I’m extra confident. Like I’m walking in thinking I should be winning these things, not just I’m here finally.

“So it’s been a great confidence booster. It’s so fun for us to watch every every month.

All photos courtesy of ©MLSJ/Ashley Neuhof