8 Things to Know About the Roadrunners 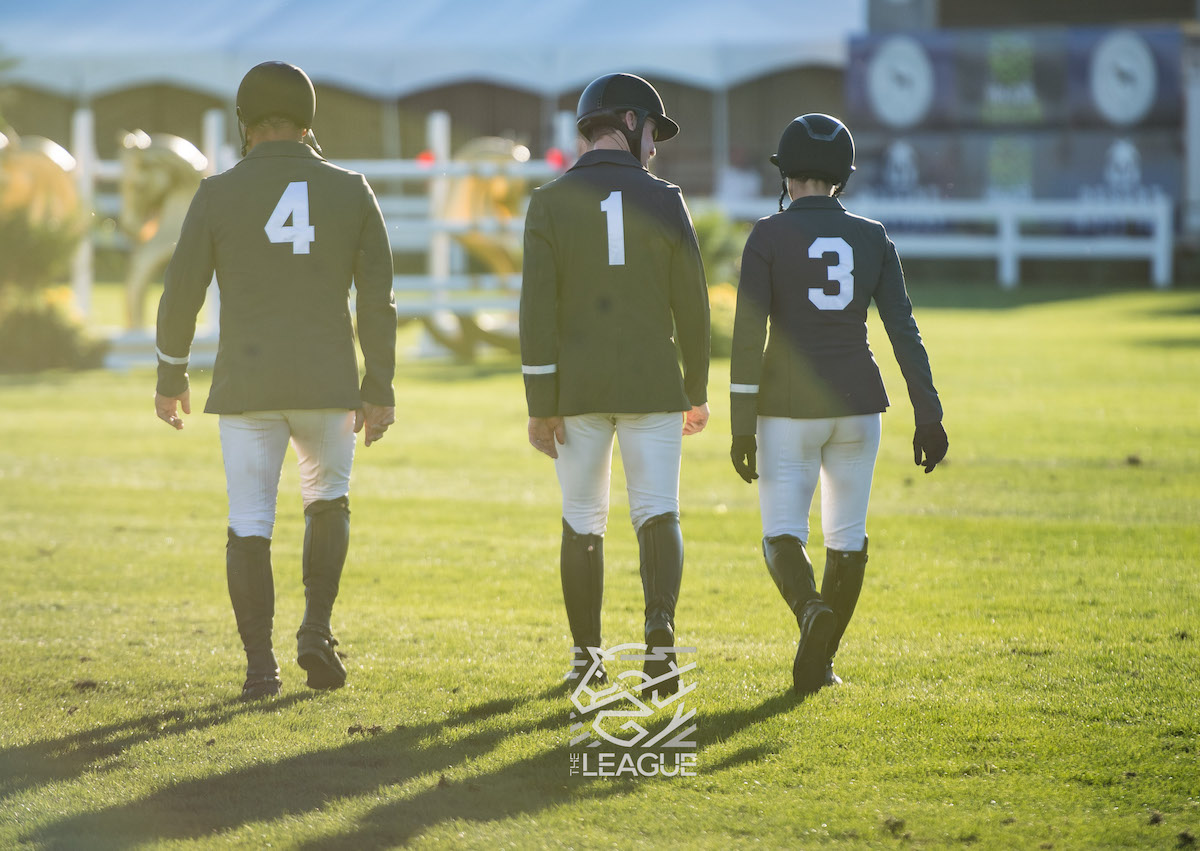 It all comes down to Thermal.

The final leg of the Major League Show Jumping (MLSJ) season will unfold at Desert International Horse Park (DIHP) in Thermal, CA, December 9 to 11 and with it the last chance for the home team to jump to the top of the Team Standings.

Here’s what to know about the home team.

That’s how the Denzel Washington quote goes, right? Erin Davis-Heineking made her 5* debut on the MLSJ tour, but her time as a rookie was short-lived. Riding the 12-year-old mare Leonie, she’s risen to the occasion (about 1.50m high) to contribute to two of the Roadrunners five podium finishes this season. So far.

No team has had its riders rise in the individual rankings as much as the Roadrunners, so perhaps they are just loaded with talent!

3. Kaitlin Campbell has a personal vendetta against the Lucky Charms

No one knows Campbell has horsepower better than Lucky Charms captain Shane Sweetnam. Campbell’s hot-blooded mare Palina de l’Escaut was previously campaigned by the Irish rider. Maybe vendetta is a strong word but there’s definitely an extra gear of healthy competition between them.

“She’s super hot, super competitive, a bit opinionated. We get along really well, I know her really well…She came from Shane Sweetnam who’s on the Lucky Charms team so it’s been fun jumping against him with a horse that came from him,” said Campbell.

Campbell and Paulina have contributed to three of the Roadrunners podium finishes and will compete again in the final this week. So maybe less fun for Sweetnam.

Speaking of quirky horses, Sternlicht’s small but mighty 10-year-old gelding jumped to silver with the team in Traverse City III, and he has as much attitude as he does talent.

“He chooses chaos, we joke. He’s very, very mouthy, loves attention. He has somewhat of ADD so he’s always playing with random things in the barn,” smiled Sternlicht. “If he weren’t such a good horse he’d be a little bit of a pest, but he gets away with it because he’s always great in the ring.”

5. They have the only married couple in The League

It’s no coincidence that Erin Davis-Heineking and Christian Heineking share a last name. They’re married, and operate their show jumping-couple-goals lifestyle out of October Hill Farm in Hudson Oaks, Texas.

“As a couple I think it’s nice because we can go to the same horse shows to make it a little easier on us, on the marriage and on the family life,” said Christian. “Our goal is to be successful together.”

A Heineking has contributed to every podium finish save one for the Roadrunners to date.

6. They’re birds of a feather

Featuring a husband/wife duo is one way to ensure there’s team chemistry. But they’re not the only Roadrunners with synergy.

“We have such a cool team,” said Davis-Heineking. “We just really get along. We’re friends. We’re friends first, and we’ve had our ups and downs. With this team nobody ever puts you down. I think mentally, we really support each other, and that makes a big difference.”

7. Kyle King is a double threat

King has helped the Roadrunners to four podium finishes this season, but is the only rider to have done it on two different horses. Aboard Etalon, his jump off ride clinched the bronze medal at Traverse City I. The pair also helped the team to a gold medal in Monterrey, Mexico and to silver in Thermal last week. With Enzo, “the sweetest horse in the world,” he helped Roadrunners to bronze in San Miguel de Allende, Mexico.

8. All Roadrunners have one thing in common

They like to win! Hot off a podium topping finish in Monterrey and top two finish in Thermal, they’re looking to carry the momentum into the Final.

“I think we’ll be coming in pretty confident,” said King. “We’ll try to put on a good show. We’ll see how it all plays out.”