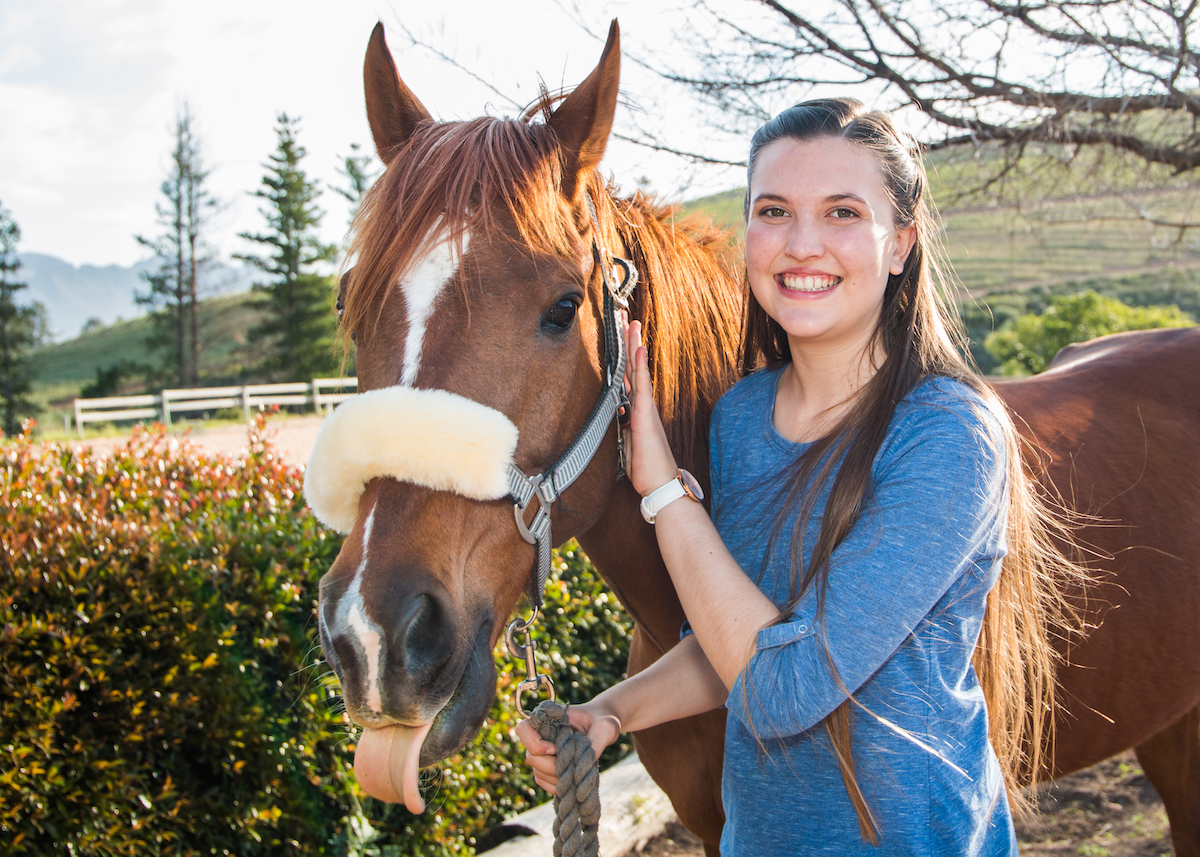 “I’ve always been a people-pleaser, so in a way, I feel like I’ve been preparing for this moment my whole life,” Kylie said at press time. A lifelong equestrian, the 17-year-old aspiring veterinary student said she had been bracing for the final, giblets-and-gravy showdown between her brother Ted, a UC Berkeley sophomore, and her Aunt Jill and Uncle Paul Capri, the latter an oil engineer from Dallas, Texas.

“My parents and I had been discussing ‘no fly’ topics for the entire week leading up to Thursday, but in the end, I just had to go with my gut,” said Kylie, who nimbly shifted gears from a discussion on vaccine status to an unrequested cost/benefit analysis of annual core vaccinations in horses. When her relatives failed to bite, Kylie initiated a dissertation on thrush prevention and treatment, pointing out that a “rotten cheese odor” is often the first sign of a problem. In response to this, her cousin Vinny promptly put aside the baked brie.

Enviably, by the time the yams and twice-baked potatoes had cleared the oven, Uncle Paul had launched into a diatribe on the Second Amendment. Kylie was eyeing Ted, who had begun to stab at his mashed potatoes, and decided it was time for a quick rundown on her favorite horses in the barn and their preferred post-ride treats.

“Speaking of criminals, you can’t believe our lesson pony, Bandit!” Kylie gushed. “He’ll eat a WHOLE BOX of vanilla wafers without batting an eye, but he’s very particular. The other day, I tried to swap-in the Target brand of vanilla cookies, and he was having none of it. Our Bandit knows what he likes!”

Though temporarily sidetracked, tensions once again reached a fever pitch by dessert. When even Kylie’s mother failed to divert the room with the arrival of her latticed pumpkin pie—a State Fair award-winner—it rapidly became clear that Ted had had enough.

“Do you know how much CO2 is produced by the average Thanksgiving dinner? More than 100 pounds!” he shouted, pushing back from the table with such force he nearly overturned his chair. “The Arctic is melting, California is perpetually on fire, and there’s a supercharged hurricane forecasted to make land tonight. But what’s that, Mom? You want to talk about pie?”

Tears had begun to well in her mother’s eyes, but Kylie, undeterred, had anticipated the outburst.

“Let’s everybody have some coffee and pie on the outdoor patio!” she said brightly, rising from the table. “Ted—you’ll like this—I’ve established a compost pile in the backyard with manure I’ve been collecting every weekend at Pony Club to help mitigate our carbon footprint. Wait until you see it!

“And, Uncle Paul, don’t think I forgotten about you! I thought we all might want to work off a little methane of our own on the jump course I’ve set out back on the lawn. Here, everybody grab a ‘horse,’” said, Kylie, deftly distributing a pile of brooms she’d stacked nearby to her stunned family members.

“Courses are posted outback for our 18” division. The first class kicks off in five minutes and you should all plan to stretch before your round!”