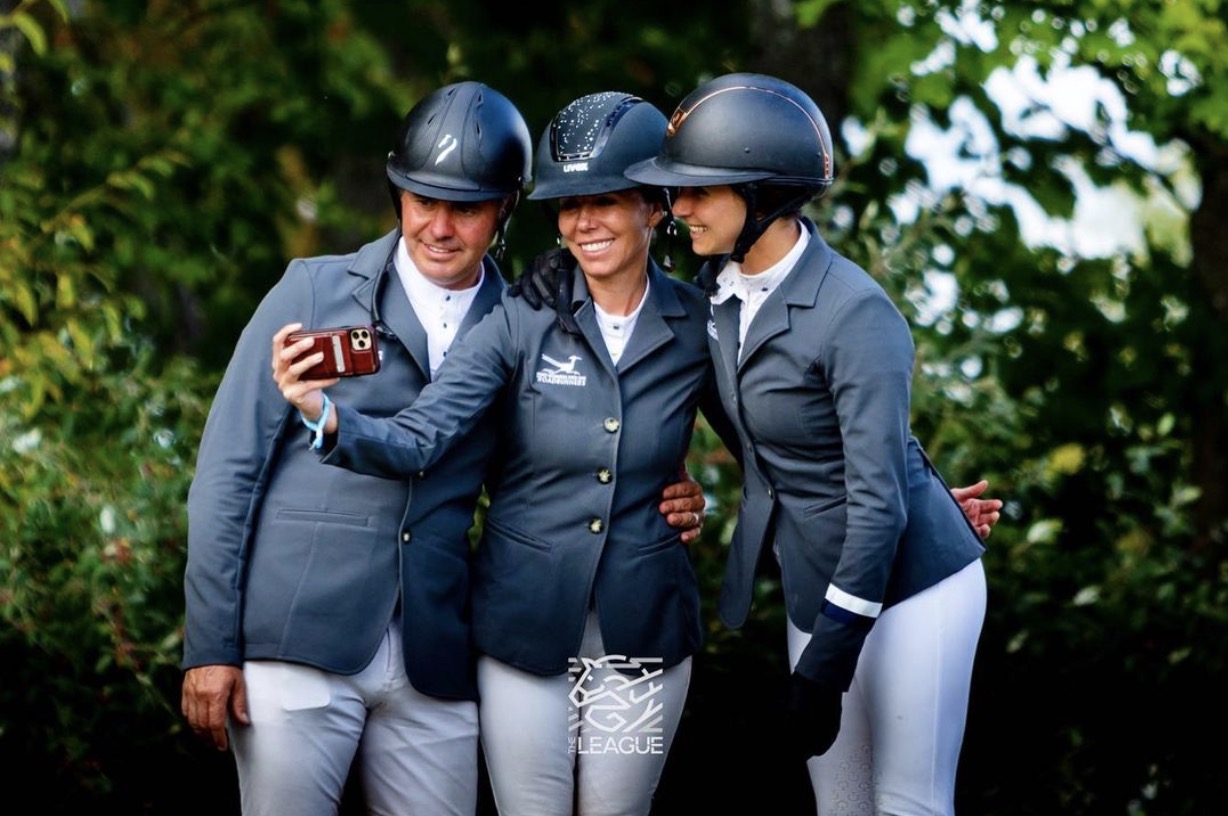 Major League Show Jumping tour enters it’s eighth leg in Monterrey, Mexico this week at the stunning Club Hipico La Silla. To celebrate, we’re shining the spotlight on the fresher faces, the “rookie” riders in their first season competing with an international team.

Next Up: the Roadrunners’ Erin Davis-Heineking

Erin Davis-Heineking (USA) is not your average rookie. At 45 years old, she is fully entrenched in the sport with husband Christian Heineking (GER) at the helm of Heineking Show Stables and October Hill Farm in Hudson Oaks, TX. An avid amateur competitor, she represented Zone 7 in the North American Young Rider Championships (now the North American Youth Championships) in her 20s and won her first grand prix in 1997.

For much of the past decade, however, Davis-Heineking’s riding career has taken a backseat to her family, including now seven-year-old daughter Ella, and she’s been more of an occasional starter at the international level. She stepped away completely from the show ring for nearly a year and a half between 2017 and 2018.

But in 2018, the Texas-native came out of “retirement” at the urging of her husband to pilot the Oldenburg mare Leonie. In the winter of 2020, the pair scored their first FEI victory, topping the CSI3* $137,000 Adequan Grand Prix over an impressive cast of riders under the lights at the Winter Equestrian Festival in Wellington,  FL.

“[Leonie] was an investment horse of my husband’s, and he was trying to get me back in the saddle. He told me to play around with her at home. I did, and before I knew it, he had talked me into going in a small grand prix close by,” Davis-Heineking said after that win. “I finished third and got the taste again.”

She hasn’t looked back, joining the Major League Show Jumping tour for its inaugural year alongside her husband as a member of Desert Horse Park’s Roadrunners.

“We’re very lucky that the Desert Horse Park asked us if we would like to join the team,” Heineking said. “As a couple, I think it’s nice that we can go to the same horse shows. We can make it a little easier on us, on our marriage and our family.

“Our goal is being successful together.”

Fittingly, Leonie has been Davis-Heineking’s partner in team competition, contributing to two podium finishes in Traverse City this summer for the Roadrunners. She is also getting to know the 12-year-old stallion Lucky Number Slevin 3, whom she has competed in the CSI2* competition also offered at MLSJ events.

In her “spare time,” she’s a show organizer in her own right. Davis-Heineking has been instrumental in organizing the inaugural Fort Worth International CSI4*-W, which will feature the Longines FEI Jumping World Cup™ at the Will Rogers Equestrian Center in December.

The amateur rider role model we need, Erin Davis-Heineking represents not only the Roadrunners this MLSJ season, but also mothers and riders on the comeback trail.