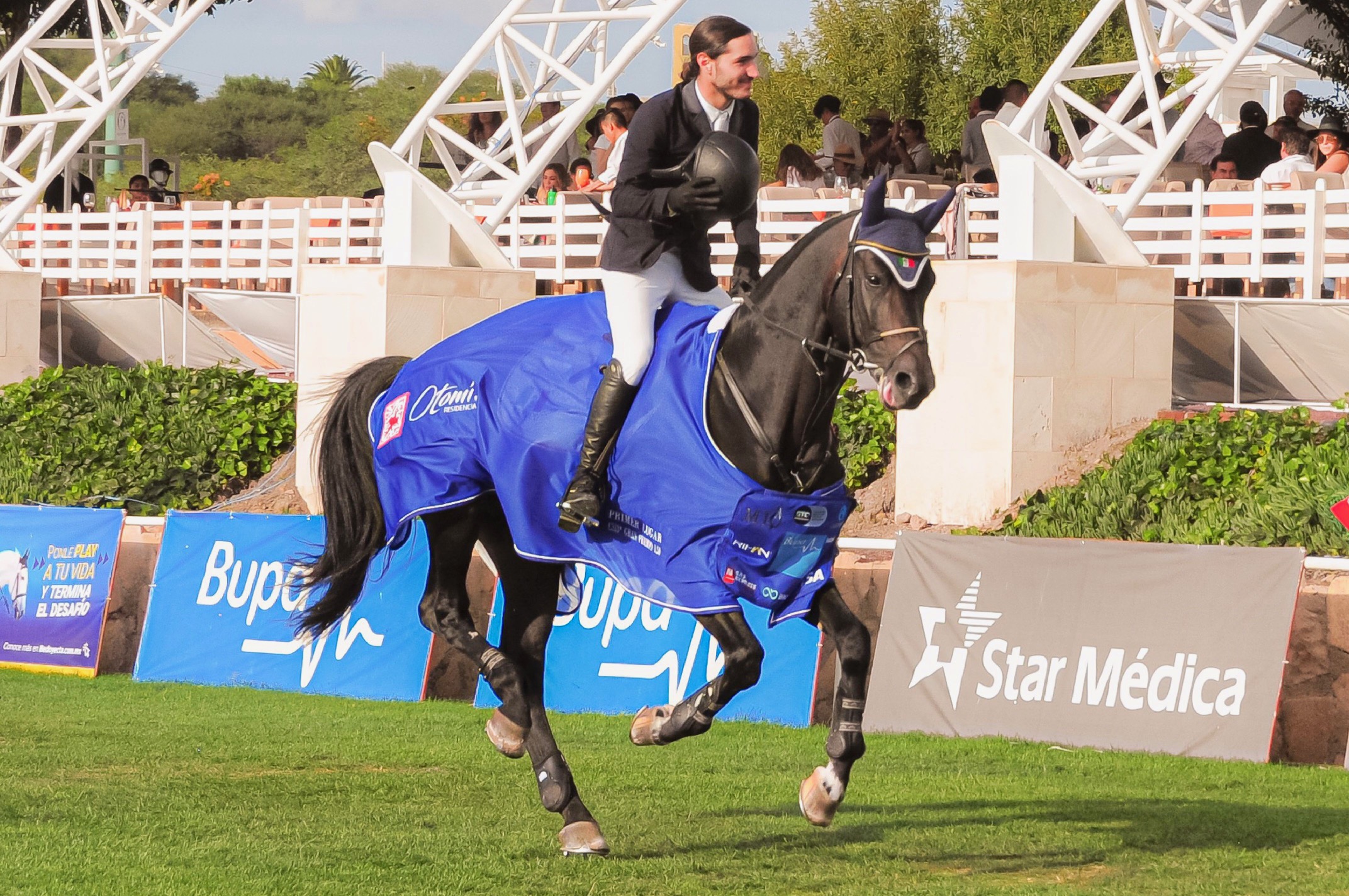 Major League Show Jumping heads south of the border to San Miguel de Allende, Mexico for Phase VII of its 10-leg season this week at Otomí. As the tour marches onward, we’re shining the spotlight on the fresher faces, the “rookie” riders in their first season competing with an international team.

Next up: the Lucky Charms’ Andres Azcarraga

How serious are the Lucky Charms about getting back to the top of the MLSJ team leaderboard? Just a point out of second in the standings, as they head to Mexico, they added another fast rider to their roster: 28-year-old Andres Azcarraga.

Azcarraga won his first international grand prix at the Otomí venue in San Miguel in 2017 and took a 1.45m jump-off class at the venue this spring. Put simply: This is a tactical move that gives the Lucky Charms serious home field advantage.

Azcarraga has show jumping in his blood. His father, Jaime Azcarraga rides for the Otomí Warriors; he has represented Mexico in the Olympic Games on four occasions and is a Pan American Games silver medalist. Older brother Gonzalo won the 2020 Longines FEI Jumping World Cup™ Guadalajara and represented his country at the 2014 Central American and Caribbean Games.

“We just grew up into it, and we love the sport. We’ve been around horses all of our lives,” Gonzalo said.

Andres himself boasts 10 FEI wins, but one can’t help but wonder how many victories he’d have tallied if he pursued the sport professionally. An avid amateur, he instead works full time in the family business. The Azcarragas are media moguls in Mexico, and among their acquisitions is the television network, Televisa.

That doesn’t mean this family doesn’t take the sport seriously, and Andres has prided himself on developing his top horse, Contendros 2, himself. Azcarraga acquired the now-14-year-old Hanoverian stallion when he was just six. The quick-footed dark bay is still in his prime; the duo finished second in the CSI3* Grand Prix at Xalapa as recently as October 17.

Also in Azcarraga’s international string are the veteran 15-year-old stallion Al Capone, who, with Contendros 2, jumped five-star competition at the Winter Equestrian Festival earlier this year, and 10-year-old Oldenburg gelding Xaman, another horse whom he’s developed himself.

It will be fun to watch the Azcarraga family face off again in San Miguel—this time with a new twist in MLSJ team competition. They’ll be ready for battle.

“Sometimes, it’s like a war,” Andres said—though they still help each other out.

Look out for Andres and the Azcarraga family to do their country proud as they introduce North America’s five-star riders to the picturesque Otomí venue and the stunning city that is San Miguel de Allende, Mexico.