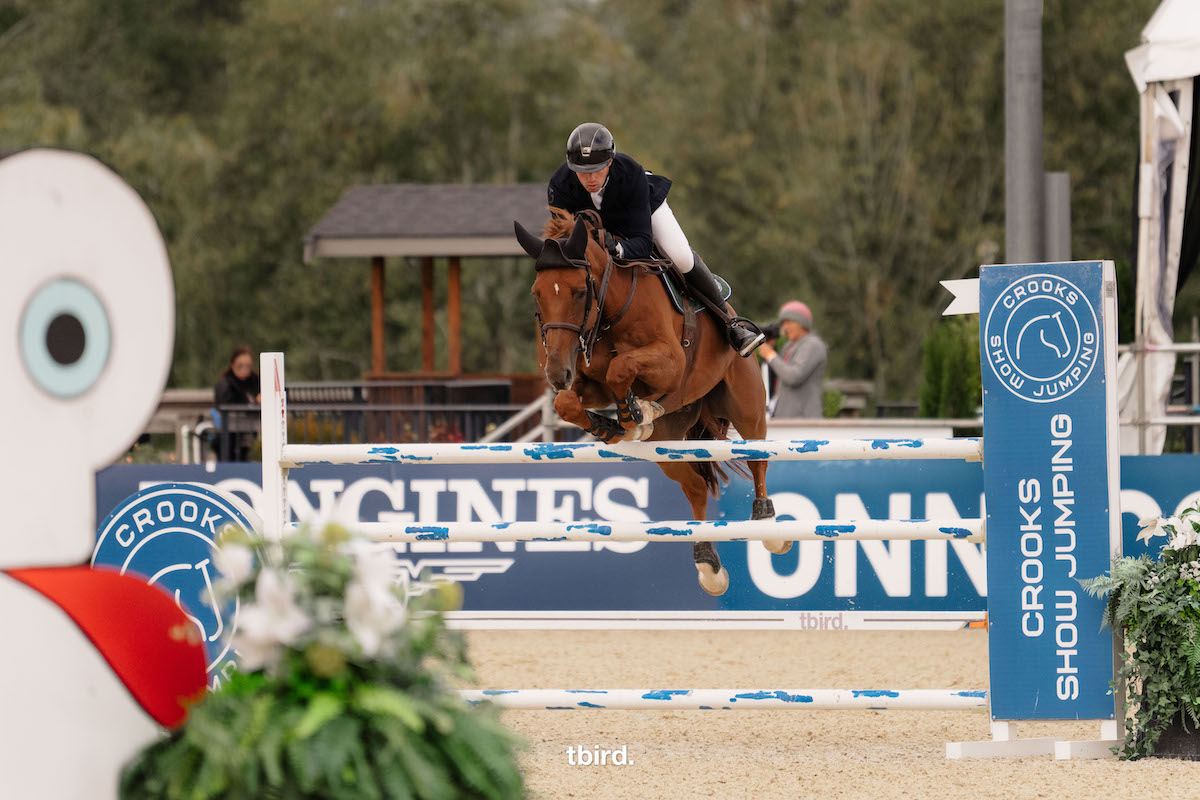 Conor Swail (IRL) did not come forward in the $8,700 CSI2* tbird 1.40m (though you’ll see him later in the week). Instead, James Brennan rode to top honors aboard Crooks Show Jumping’s 12-year-old gelding, Vajra du Blay.

What is it about tbird that makes the Irish feel so much at home?

Brennan is most definitely getting used to winning with the chestnut gelding that has become his top mount. The duo has finished no worse than second in their last four FEI competitions and entered the BCHJA Fall Finale off a win and two runner-up finishes in CSI3* competitions at Spruce Meadows’ ‘North American’ Tournament. Brennan has been partnered with the gelding for just over a year, and they’ve jumped just eight FEI events in that time, but only twice have they finished outside the top 10.

“He gets in the ring and he’s a real competitor. He likes the fight and the harder the question, the better the answer,” Brennan said. “And he just loves going fast. He very careful, and everything we put in front of him so far, he’s answered.

“It looks like he’s having his best results ever,” he added.

“[My strategy] was to be efficient and just be kind of tight everywhere and do the strides that would get me there the fastest without really having to push the ball too much,” Brennan explained. “He’s a very naturally quick horse himself, so I [used] the first day to set up a little bit for [Friday’s $36,900 CSI2* tbird 1.45m], but it seems like the more you let him roll, the better he goes. I kind of stuck to my usual plan, and it just worked out today.”

Vajra du Blay, sent to Crooks Show Jumping by Axel Verlooy in Belgium, was not originally partnered with Brennan, but a pilot switch, courtesy of his fiancé.

“Lauren originally took the ride on him, and and I was a little bit shy on horses, and she passed [him] along to me,” Brennan said. “You know, it just worked out well from the start, so we kind of kept going and have had a really good year so far.”