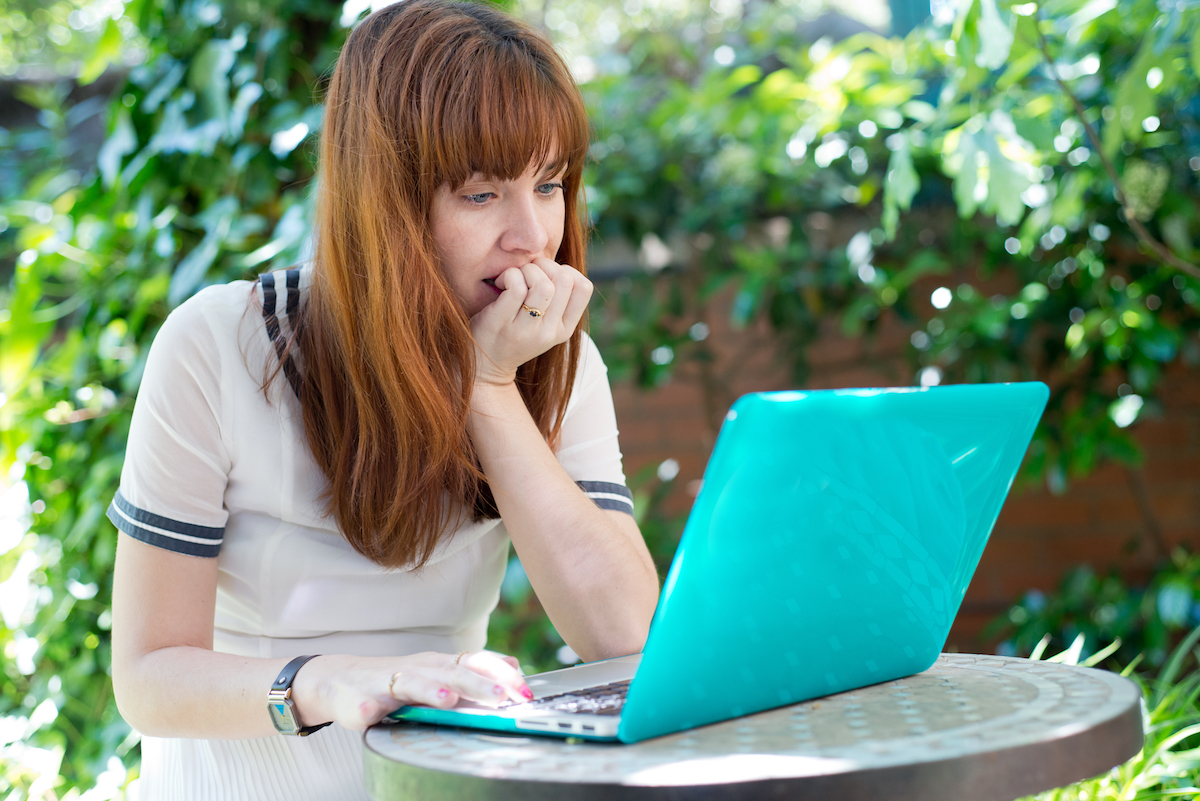 MENLO PARK, CA—A new report released by Facebook whistleblower Frances Haugen says that in addition to knowingly increasing depression and eating disorders among teenage girls, Instagram and Facebook are aware that their algorithms prioritize content that creates rampant feelings of jealousy and resentment among members of the horse community.

Among the most triggering posts cited in the study: videos of winning rounds at major events, images of imported horses that cost more than home mortgages, ads for impossibly pricey designer show apparel and equipment, and rockstar/Big Tech rider-heiresses doing virtually anything.

“One of the most surprising takeaways from Facebook’s internal research was the degree in which the equestrian community is affected by posts from fellow members,” Haugen said. “Of course, we are very concerned about the youth of America. But, outside of that, the platform’s impact on what most would consider to be otherwise excessively privileged female horseback riders was off the charts.”

The research showed as many as 78 percent of riders report feelings of gross inadequacy after scrolling through videos of fellow competitors, reading ‘new horse’ posts, or clicking through professional horse/rider glamour shots. That number climbed as high as 92 percent during winter circuit season in Florida and California. And yet, with each hour of online content equestrians consume, surveys show a noticeable reduction in their daily enjoyment of the sport, their confidence in the show ring, and their ability to bond and empathize with their equine partners.

“In some cases, we saw even more severe impacts,” Haugen continued. “Some riders report feeling an almost immediately desire to throw their phones across the room, unfollow their good friends, or pick fights with their partners for no reason at all. One woman in the study even took a pair of scissors to her breeches just because they were ‘last season’s palette.’ When we look at the impact of social media on so-called ‘pony moms’… don’t even get me started. It was almost pathological.”

“I’ve been Instagram-clean for two months, one week, and three days now,” said Sloane Bard, 24, a former college riding team captain who currently competes in the Adult Amateur hunters. “I couldn’t do it anymore. I was spending thousands of dollars on show bills, and then thousands of dollars on top of that for professional photos at every event, just so I could share them on Insta.

“It started to really take a toll on me,” Bard continued. “I was hammering chardonnay at the show bar between rounds, my hair started falling out in the shower, and worse, I literally couldn’t ride any more—I didn’t care about my rounds or my results or my horse, the only thing I could think about was how the photos would look for my ‘It takes a village…’ post at the end of the weekend.

“One day, one of Jessica Springsteen’s pictures showed up on my feed, and I just lost it. Like, she rides incredible; she has a barn full of million-dollar horses; a hot, supportive, Italian rider-boyfriend; her hair is insanely perfect despite wearing a helmet all day—and she’s nice? Come on. What is your average one-percenter supposed to do with that?

“Finally, my trainer gave me an ultimatum: either kick my Instagram habit or find another barn,” Bard said. “It actually came to that before I realized how far I’d fallen. I put my accounts on pause that same day, went to the barn, hugged my horse, and I just stayed there crying on her neck for an hour. I haven’t looked at a feed since.”

At press time, a Facebook spokesman provided the following comment: “It is not accurate that leaked internal research demonstrates Instagram is ‘toxic’ for equestrians. Our platforms are a reflection of the best and worst tendencies of horse girls—er—their billions of users around the globe. We are what you are.”