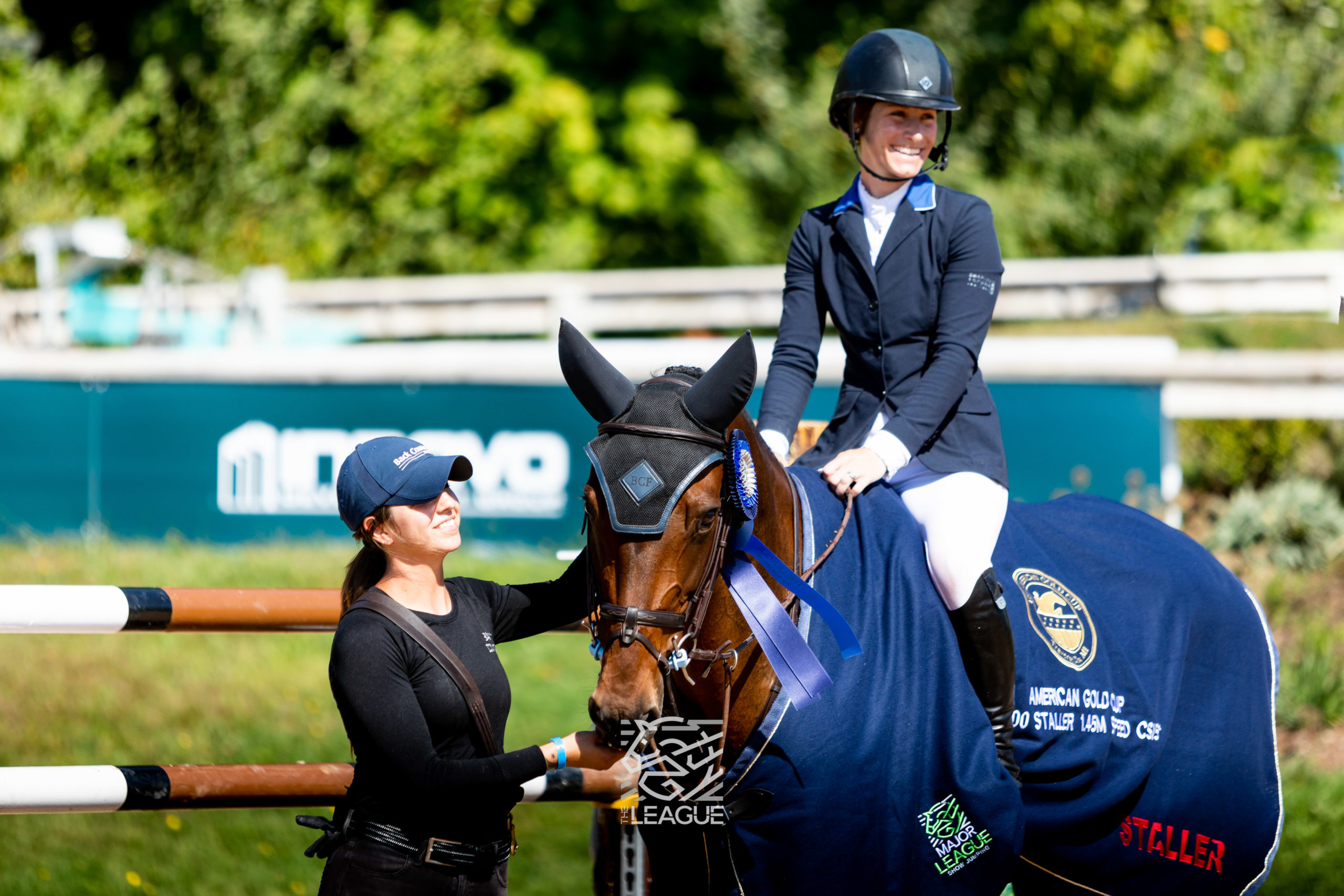 A.I.M. United’s Sydney Shulman (ISR) has won an astounding four of the five CSI5* classes she’s contested with Villamoura at Major League Show Jumping stops in Traverse City this summer. Often by a wide margin. Here the Connecticut-based rider shares the story of her “horse of a lifetime,” as told to Carley Sparks.

Villamoura is a true show horse. You just might not know it to look at her.

If you watch her riding around the warm up ring or at home, she looks like she’s a 1.0m jumper. To be honest, when I jump her at home, you still can’t believe what she will do in the ring for you. But then you get in the show ring and she puts on a show every time. It’s crazy.

It’s especially crazy if you know how we started.

I first came across Villamoura when she was six, turning seven. Edward Levy, the French rider, sent my trainer at the time, Brianne Goutal, the video. And it was a super unknown. There was a guy riding, he must have been six foot three, which is ridiculous. We call her Mini. She’s very tiny. And it was all a little erratic. She was really rogue.

But it was the right type. It’s really hard to find light, hot, bloody horses that can also jump big these days. So I was gravitated initially to that.

We decided to go and try her. Brianne and I flew to France and out of France the same day from New York. We get to the farm and there’s a massive hailstorm, it’s pouring rain. I couldn’t even see in front of me. The people had no jump set up in their indoor ring. I had to jump outside. She had no lead change. She cross cantered the whole time in the trial. It was crazy.

After the trial, Brianne said, “I don’t know if we could buy her. I mean, she didn’t do anything wrong, but it was just a little erratic.”

I sent the video to my mom, Jill Shulman, and my best friend, Gabby Hero, who works with us, and they weren’t sure either. They were like, if the feeling was good I guess we should go ahead? No one really knew.

But I had a feeling about her. I’d never felt a feeling like that off the ground. I thought, worst case scenario, she ends up being a junior jumper. I have to buy her.

We just really took our time. My mom and John Roche, who also helps me, really pushed me to take it slow with her and set us both up for success. They were always thinking big picture. The flat work made a big difference. And just believing in her. I think it very easily could have gone the other way.

But that’s the thing, I did believe in her. The feeling was always unbelievable underneath me, it’s like a fireball off the ground. There’s no better feeling. It was just mentally, she needed to put it together and she needed an extra minute.

The first show we went to was the American Gold Cup. I did the 1.20m and I think I won by six seconds. Unintentionally. I had absolutely zero control and she looked like a deer. I was so excited and my mom was still so unsure about her. Everyone was.

And then once she jumped her first 1.40m—it was in Kentucky her nine year old year—it just kick started it. She won the 1.50m Hermes Qualifier at Gold Cup a couple months later, and then she won her first 3* class in Florida to the next winter.

Looking back, it never, ever looked like she had the scope to do what I ask her to do. But she has all the heart. She just gives it her all and tries every time. She has yet to jump something where I’ve been questioning her scope or ability.

Villamoura is a horse of a lifetime for me, seriously. I’m obsessed with her. She means everything to me. 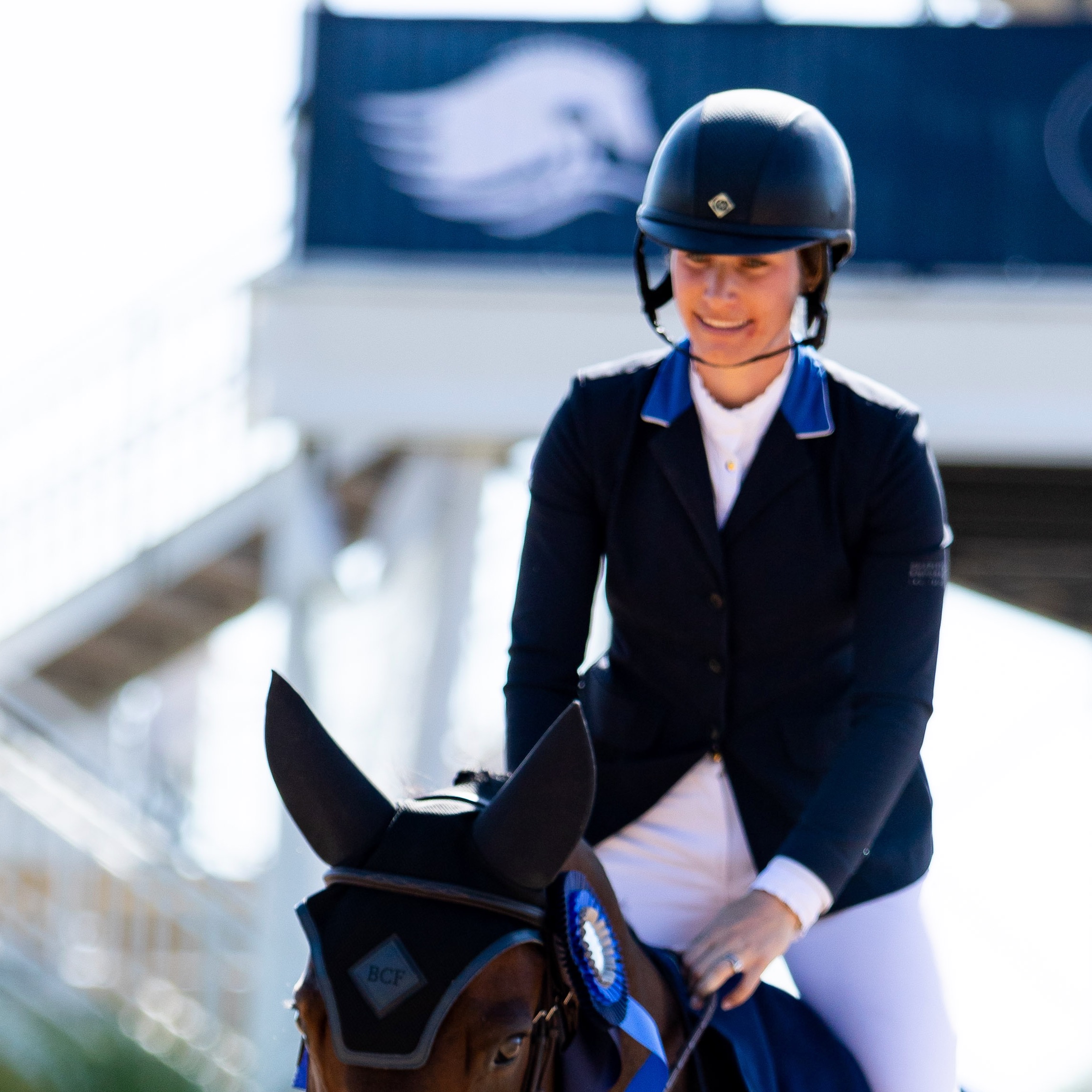 Sydney Shulman (ISR) is a third generation horsewoman and rides for A.I.M. United on the Major League Show Jumping tour.