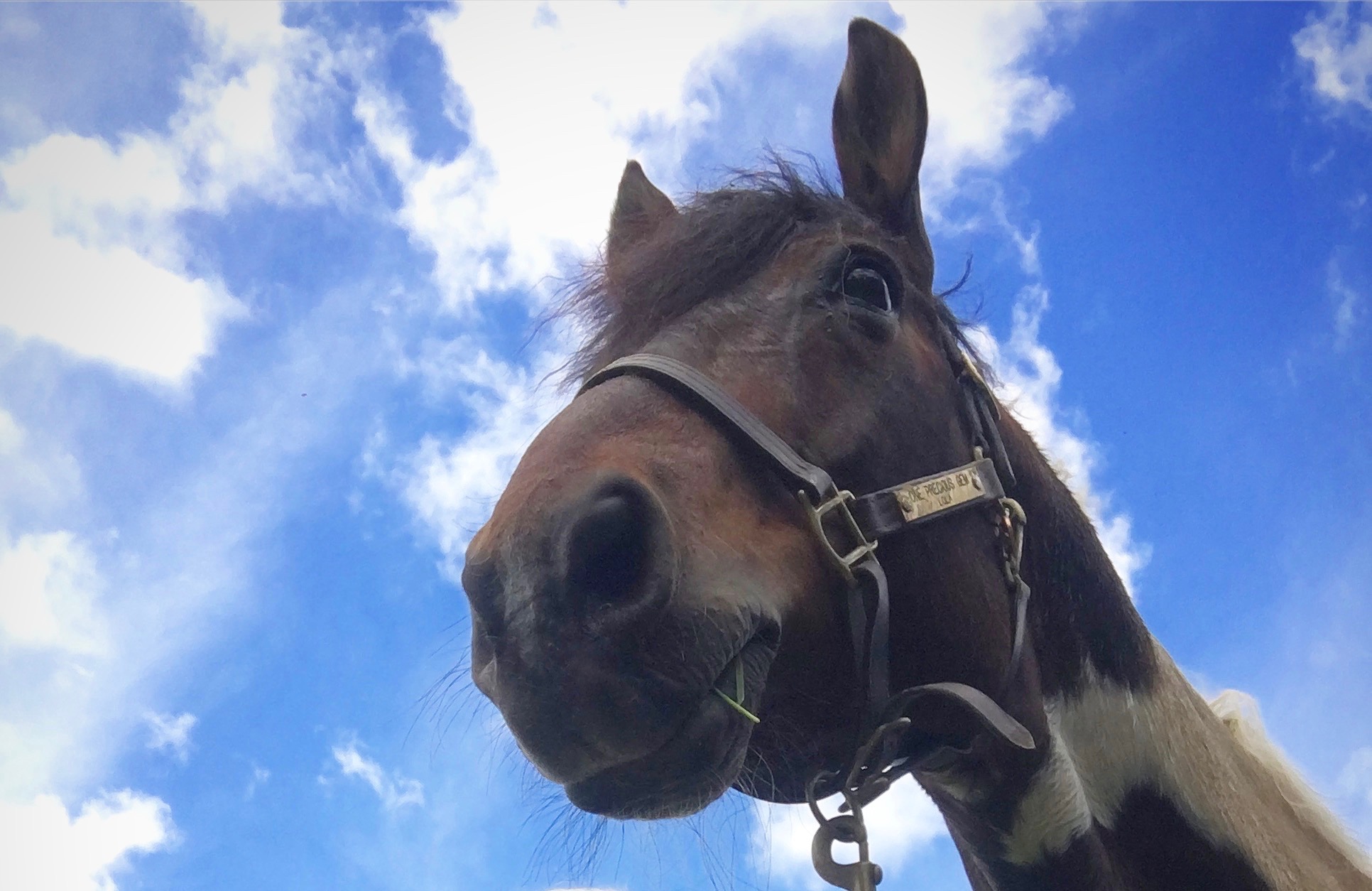 When I was very young, one of my favorite cartoons was “Alvin and the Chipmunks.”

On Saturday mornings I would never, not by choice anyway, miss the adventures of the friendly striped rodents named Alvin, Simon and Theodore.

Like many of my young peers, my favorite was Alvin, who was enthusiastic, mischievous, charming, moody, funny and egotistical, constantly craving the spotlight over his brothers. The term look before you leap did not usually apply to Alvin as he was impulsive and optimistic, but his heart of gold allowed him escape from any serious consequences of his misadventures.

Theodore, the youngest, often got caught in the middle when Alvin and Simon got into it. He appeared to be somewhat childish and fragile but was often the glue that held the brothers together.

But Alvin’s personality was over the top, and it would be difficult indeed to imagine The Chipmunks without Alvin. No Alvin, it seemed, no “Chipmunks.”

DannyBoy, a striking APHA gelding, was my horse from 2004, when he was just four years old. From the day that Danny graced our barn, he showed signs that, like Alvin, he had the makings of a huge personality.

He was instantly noticeable, tended to draw attention from others, and made a long and lasting impression on his visitors. He was known for his physical antics, and with his gentle but unrelenting mouth, would do anything from removing your cap and waving it in front of you, to stealing a sweatshirt haphazardly draped over an unsuspecting guest’s shoulder and playing “catch me” before depositing it on the fence at the opposite end of the paddock.

Once under tack, he was a fierce and serious competitor, one whose decisions I grew to rely on while negotiating XC jumping courses. But around the barn, he was the class clown and seemed to enjoy that reputation.

I lost DannyBoy recently to a serious and sudden medical condition. Shock prevents us from fully experiencing the pain of losing a healthy and vital horse and competition partner to which you have bonded at the soul level, all at once. Almost two months later now, I’ve begun to experience grief at the oddest times, generally at levels low enough that I don’t feel compelled to fight them away.

But I’ve also experienced something else, quite unexpectedly. Something that I call “The Alvin Syndrome.”

I’m a talker, and a storyteller. I always said that in my barn there are a million inspirations for things to talk, and write, about. But lately, I’ve been pretty silent. I’ve had these insidious feelings that without DannyBoy, there is no Dreamcatcher Farm. My logical mind rejects those thoughts, because we still have a barn full of horses: Lola, my rescue OTTB mare, Bella, my daughter’s Arabian/Saddlebred former jumping partner, and Flo, my close friend’s now-vision-impaired rock-solid Appaloosa mare. We will also be home to my daughter’s young OTTB project mare, Molly, when she’s not on training board elsewhere.

When people have asked to visit the farm lately, I find myself being vague about my invitations. Much as I try to fight it, those feelings that we are now “The Chipmunks minus Alvin,” somehow find their way in at times. It sometimes feels like more of a feeling of resignation than sadness. I sometimes find myself going through the motions because that’s what’s required of me. But I’ve also found that, despite my sometimes defeatist frame of mind, hope springs eternal.

Like a human who was very touchy-feely, DannyBoy used to constantly and carefully use his lips on his humans as a display of affection. Everyone who knew him was aware of this propensity, and though newcomers might be caught unawares, they would soon learn to appreciate and trust the caution he took in his advances.

Recently, Bella, on the surface the most aloof of the group, startled me as I sat in a chair in the aisle across from her open stall door: I felt the unmistakable touch of equine lips on my neck, and although caught off guard at first, I soon felt a very welcome feeling that everything was indeed going to be alright.

The headliner of the show may have moved on, but that only means that the understudies, who have all along been accomplished in their own right, now have their well-deserved day in the spotlight. I’m beginning to feel the warmth of that part of that spotlight that has inadvertently spilled over onto me.