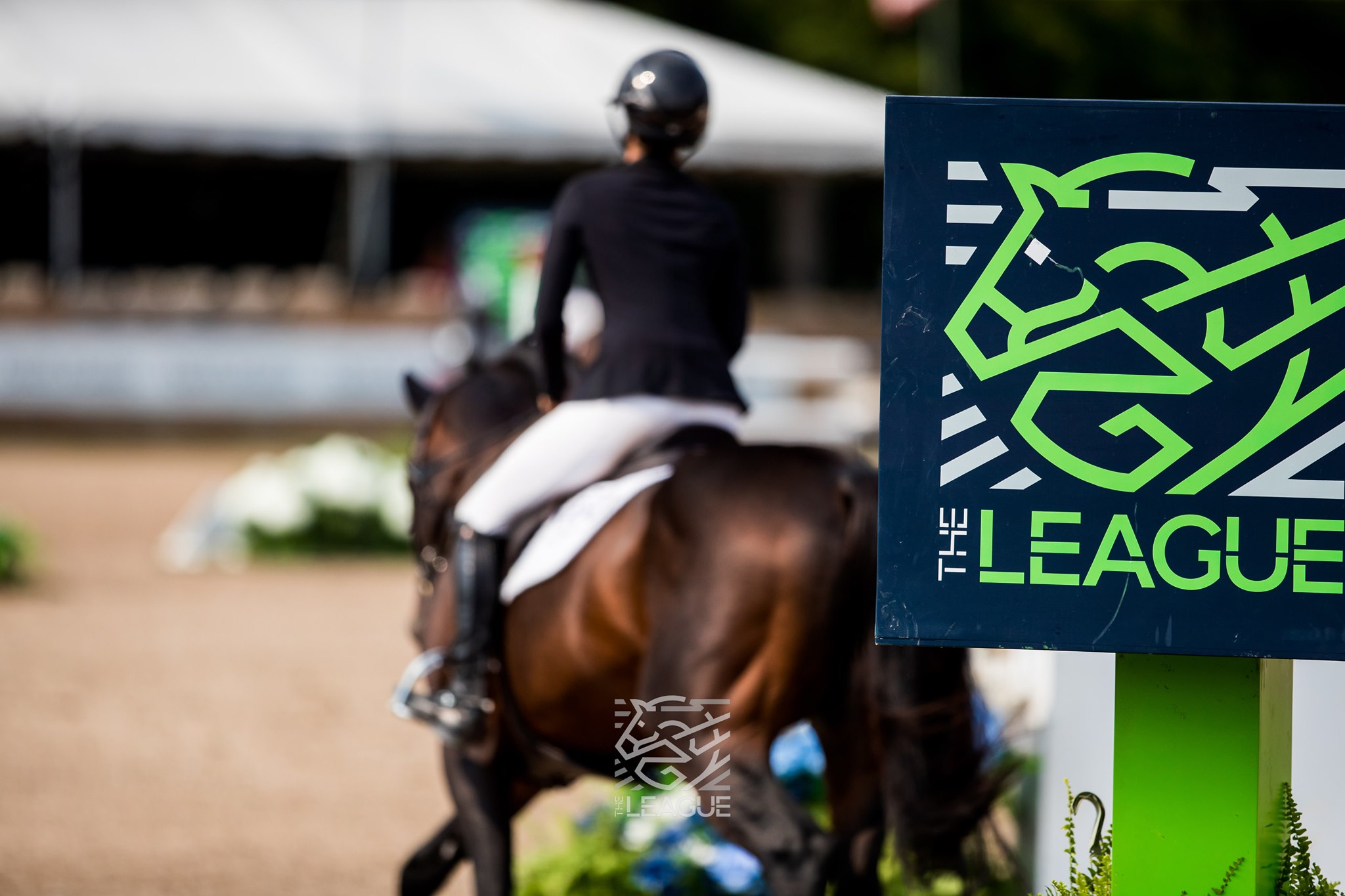 Major League Show Jumping returns to Traverse City this week for the fifth stop on the tour.

As the season hits the halfway mark, Eye Candy is holding on to the lead atop the team standings, but their margin has shrunk dramatically since Paul O’Shea’s shock unplanned dismount in the ring at Angelstone II. Sport commentator Steven Wilde and MLSJ co-founder Matt Morrissey break down the odds heading into Phase 5.

Steven Wilde: So we’re back here on the ground where we started the season off. Things are a little bit different this time. The teams have already got a bit of experience.

Matt Morrissey: So we’re into our fifth leg of the tour and they’ve been here a couple of times. They went to Canada and now we’ve kind of got our standings set and ready to go this week.

Wilde: Let’s talk a little bit about the standings. Eye Candy is up there at the top on 29 points. Then we’ve got Lucky Charms, just four points behind. Lucky Charms, of course, gave us the first win here in Traverse City. A.I.M. United have lifted up into third. It’s getting closer and closer.

Morrissey: Things are tightening up. You look at the middle of the pack, there are three teams tied at fourth that are looking to make a strong run this week.

Wilde: Let’s talk teams. Blazing 7s are needing some point sitting there in eighth place. This week, we’ve got Lauren Hough, Chandler Meadows and Cara Raether Carey, who is a new one on the team but we saw her go well individually in Angelstone.

Morrissey: Yeah, I think Cara is going to do well here in Traverse City. She’s been jumping great here prior to going to Toronto. I think she’s going to be a big boost for that team.

Wilde: Otomi Warriors, a few new faces in there as well and a real mix of nations. This time, Santiago Lambre, the Brazilian rider. We’ve got Matt Williams from Australia. Wilhelm Genn represents, of course, Germany. They’re strong.

Morrissey: I think they’re real strong. And they’re one of my picks for this week to end up on the podium. Wilhelm’s been coming here [to Traverse City Horse Shows] for ten years now. We’ve been writing big prize money checks to Santiago the last five years. They know this ring well and how to ride in it.

Wilde: Matt Williams could be a little bit of an unknown wildcard in here.

Morrissey: Absolutely. I think he’s a good, strong piece to that team.

Wilde: So Otomi Warriors is the one to watch this week. Lucky Charms, a little bit of a usual run of form here. We’re going to see Andrew Bourns. He’s also got great run in this arena. Lacey Gilbertson and Shane Sweetnam, part of the team this week. They’re sticking to what they know for MLSJ 5.

Morrissey: I think Shane’s a great anchor on that team. Andrew leads off, another great rider. They’re definitely a contender this week.

Wilde: And of course, Lacey went very well up in Canada as well. That will give her a good boost here.

Morrissey: Absolutely. And she knows this ring well.

Wilde: So Lucky Charms could be a part of [the podium]. Otomi Warriors looking maybe the strongest at the moment. We can’t go past Eye Candy, of course. They’re the team sitting at the top of the championship now. Finally, they’ve made a team change because we’ve been the same riders all the way through. Now we bring on Vasco Flores. Jacqueline Steffen still in there, and Paul O’Shea.

Morrissey: “Coach” as he’s referred among the team. It’s always great to have Paul as an anchor. With Vasco coming in, we’re going to see what he can do to help this team out this week.

Wilde: Eye Candy making the change, but will that keep them as strong, do we think?

Morrissey: I think there’s still a strong contender this week.

Morrissey: Yeah, I think that middle of the pack, there’s a couple teams that stand out. I think you’re right with this group. They’re familiar. They they’ve been jumping well here this week so far. I think they’re contenders this week.

Wilde: Excellent. OK, so watch out, A.I.M. United may come out strong.

Roadrunners. We’ve got husband and wife on the team with Christian and Erin Heineking and joining them in that triumvirate is Adrienne Sternlicht. So for the Roadrunners, a good result here before now, but again, looking to get back a little bit further up the podium. Roadrunners need to come out strong here.

Morrissey: I think they need to be aggressive before we get to the second half of our season here, heading to Caledon and then Mexico. They need a strong finish here to get back into a good position.

Wilde: Now, Crusaders is an interesting one. They have four team riders here. They’re going with Molly Ashe, Peter Leone and Shawn Casady this week.

Morrissey: It’s a good group of riders, for sure.

Morrissey: Absolutely. He’s been to all the shows so far. His horses have jumped great in this ring here. I think he’s going to be a strong candidate for the team and a good anchor for the Crusaders this week.

Wilde: Diamond Devils. A new face in here with Vanessa Hood, who’s been in good form here for the last couple of weeks as well. Sam Walker returns to the team again after a very good run up in Canada. Kristen Vanderveen, I think is going to be anchoring them as well to provide the speed at the end of it.

Wilde: What’s been so exciting to see has been those final third rounds, those showdowns, for the gold medal. Looking at some of the last riders we potentially have on the teams, Paul O’Shea, Syd Shulman, Adrienne Sternlicht, Kristen Vanderveen, whatever happens, it’s not going to slow.

Morrissey: I don’t think you even mentioned Shane Sweetnam, who’s known to be fast here, as well.

Wilde: Well, they’ve got all that packed in there. So, we’ve got Eye Candy at the top of the championship at the moment, followed by Lucky Charms and A.I.M. United. Is it going to stay the same at the end of Traverse City? How are we going to see a podium of the top three there?

Morrissey: I think it’s going to stay close to the same, but I think you’re going to see the Warriors move up. That’s my pick for this week.

Wilde: You’re going with Otomi Warriors. I’m going to say keep an eye on A.I.M. United this week. We’ll see who comes out of it! Our teams do battle once again here in Major League Showjumping here in Traverse City.