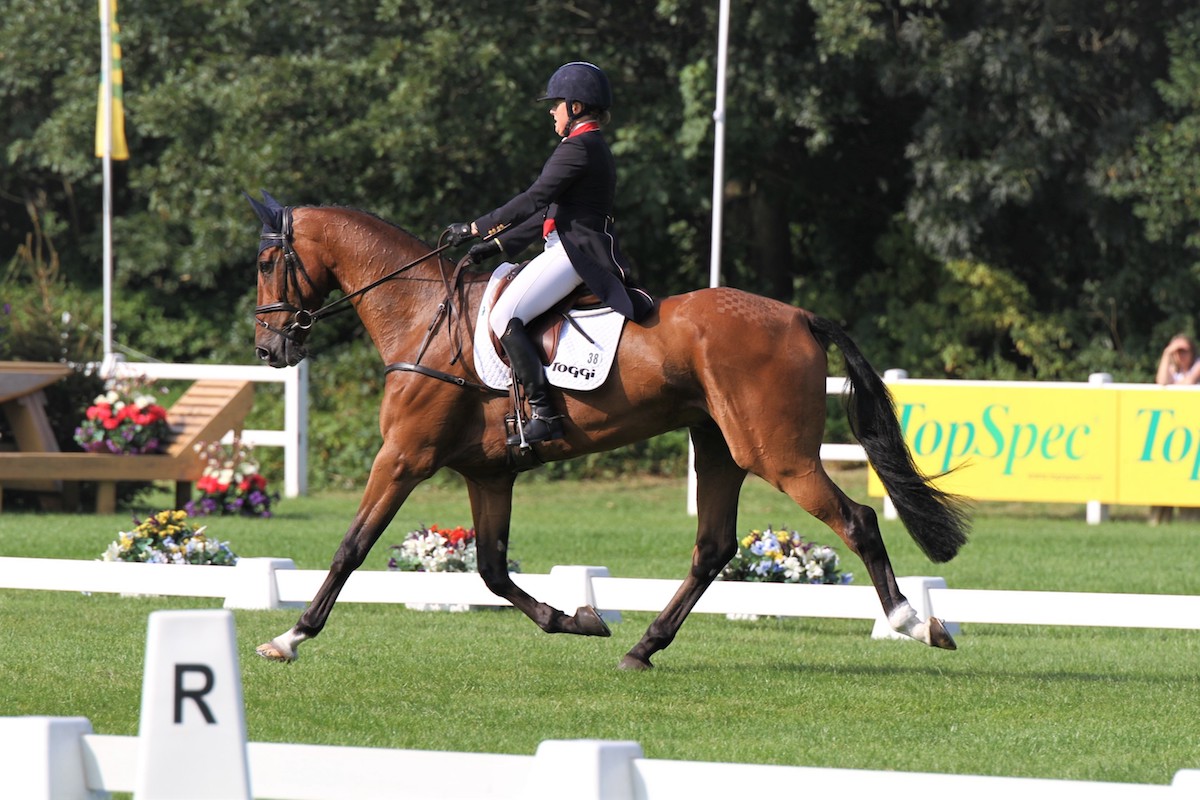 It may be a new event, but the leaderboard has a familiar feel with only one newbie to the level in the current top ten at the Chedington Bicton Park CCI5*.

Pippa Funnell and Piggy March hold first and second spots going into the cross country phase. Will Rawlin holds third place ahead of another raft of familiar eventing names. The 27 year old, who was third at CCI Bramham in 2019, is making his first attempt at eventing’s highest level aboard VIP Vinnie.

“I am so honored to be in the top three with these riders, I could not be more pleased with my horse,” said the Berkshire-based rider who trains with John Bowen and Jay Halim. “I am really looking forward to riding the course tomorrow as I think Mark Phillips has been really clever using the topography to place the fences. I think it is all tough, there is not one specific combination I am more worried about.”

Funnell was almost last to go on Billy Walk On and took the lead by the slenderest of margins over March and Vanir Kamira. These two rivals fought out the finish of the last British 5* when they finished first and second at Burghley in 2019. On that occasion Funnell prevailed riding MGH Grafton Street, but she is not confident the result will be the same this weekend.

“Billy Walk On is a big horse and there is a lot to jump out there and a lot of hills. He does tend to run a bit flat uphill and then make up time on the downhill sections and Piggy’s horse is probably more likely to make the time. But there is plenty to jump although I have not walked it a second time after this morning’s drama.”

Funnell was referring to her earlier ride on Majas Hope, who damaged a shoe just before her rider was due to mount and then had to wait for the farrier to arrive. Consequently, the former Grand Slam winner rode her first test two hours late and so did not have time for her planned course walk  before her second test.

March, meanwhile, feels her 16-year-old veteran campaigner is up for the challenge.

“My tests on Vanira always looks better than they feel, but I did feel emotional when I came out after this one. At home I have to keep remembering she has done 24, 25, 26 type tests before and not drill her too much. Dressage is not the easiest for her but  she tries, she smiles and she gives her all. She was very spicy at the trot up and is loving being here despite her age.”

Other notable results include fifth place for the contest’s oldest horse, 18-year-old Irish Sport Horse Ringwood Sky Boy ridden by Tim Price, and sixth for William Fox Pitt with Oratorio, who is the son of his former 5* ride Oslo.

“Pencos Crown Jewel is not particularly mare-ish but she prefers people to other horses. And she would much rather be hacking than schooling so I do tend to ride her a lot of a longer rein,” said Canter. “[I’m] so proud, it’s been a long journey for the owners as well as me. As soon as it came up I thought this is the one for her, she came for the 4* and her owners like British events so this was just perfect.”