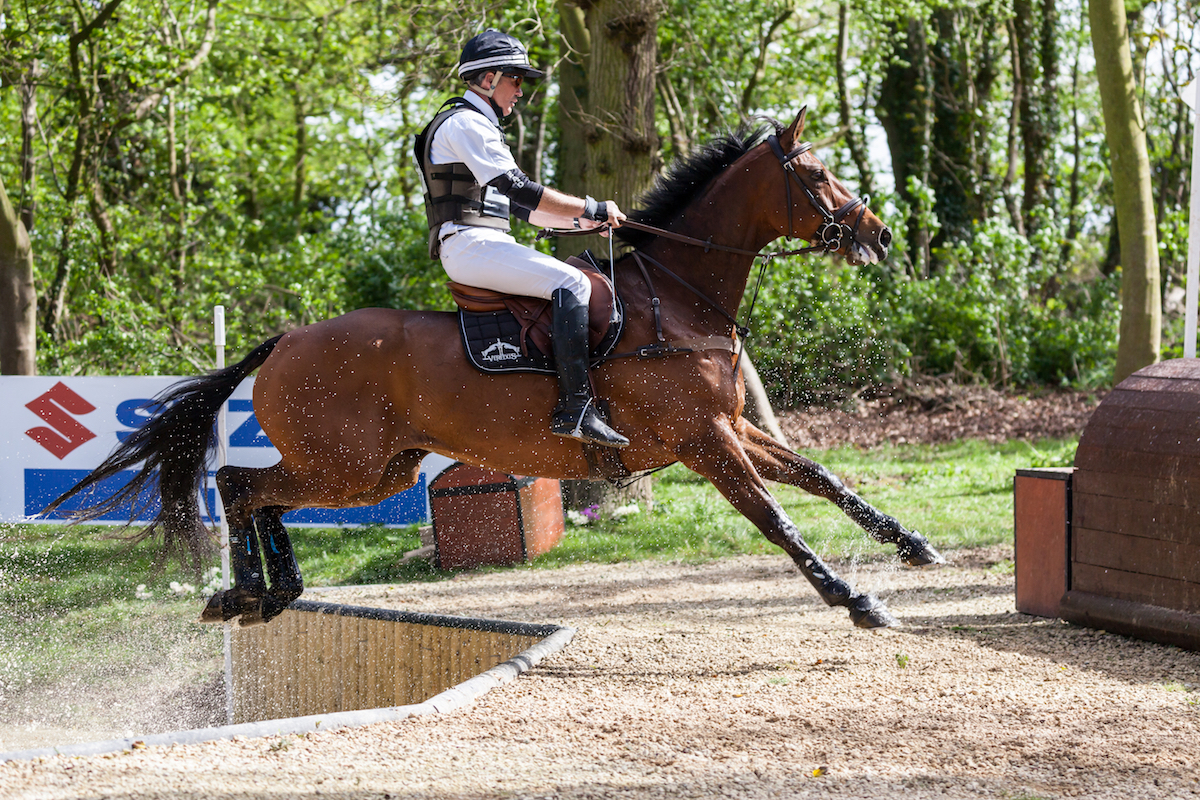 Nicholson’s record is the stuff of legend. He’s won five of the world’s six CCI5*s, including Burghley a record three consecutive times on Avebury and five times in total. He captured the Kentucky CCI5* in 2013 on Quimbo and Badminton in 2017, the win widely considered his most special, after returning from a serious neck injury on the 17-year-old Nereo, a horse he had started as a three-year-old.

A long term resident of Marlborough in the UK, Nicholson also boasts team gold at the World Championships, Olympic team silver and individual bronze medals as well as heading the world rankings on several occasions. He has often been vociferous on subjects like course design and team selection, enough to set him at loggerheads with his national team in recent years but no one could dispute his brilliance in cross country.

In a press release, Nicholson said, “I’m stepping back from these five-stars and four-star big events like this one,” he said. “I’m still riding and competing—I’m not planning to retire completely and will still have novice horses with the idea of getting them to two- and three-star and selling them. But I have a lot of respect for the courses at the likes of Badminton and Burghley and you’ve got to be fully up to speed, and I don’t feel quite like I used to, to be honest.

“I’ve been very lucky. I have ridden some amazing horses and competed with them all over the world,” he continued.

“I will still be at Badminton and Burghley, I just might not be leaving the start box.”

The announcement confirms what many have suspected after Oliver Townend was seen entered to ride Swallow Springs in his last two runs, including Blenheim Palace CCI. Nicholson produced the horse for long-time owners Diana and Paul Rigeon, last riding him at Bicton 4*S after which Townend took over. The two riders have been friends for years. Townend also took on the ride on the same owners’ Armada.

Nicholson is supervising the Swiss team at the European Championships this week, as he did in Tokyo, so his presence will still be felt but riders will have to do without his pathfinding rides over the toughest courses from now on.