A 5* Win and a Marriage Proposal

Home > Blog > Eventing > A 5* Win and a Marriage Proposal 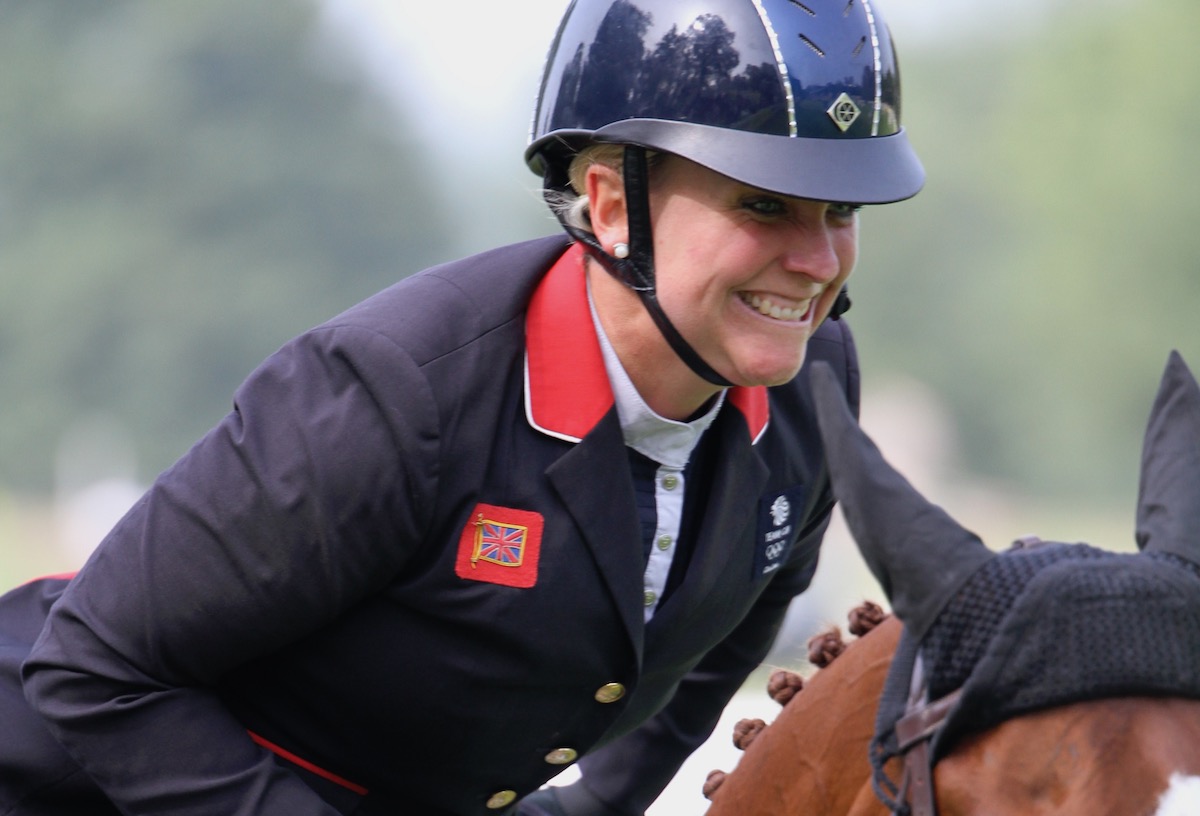 Gemma Tattersall won her first five-star event Sunday at the Chedington Bicton Park Horse Trials and left the press conference with £40,000 in prize money and a marriage proposal from her long-time boyfriend Gary Stevens.

Fortunately for Stevens, with a live audience watching, she said yes—once her power of speech returned.

Runner ups Pippa Funnell and Piggy March were already angling for bridesmaid positions before they left the stage.

The proposal epitomised the atmosphere at these horse trials, the first 5* for two years in the UK and the first with an live public audience anywhere in the world since Pau 2019, and it did not disappoint.

The record will show that Tattersall and Chilli Knight finished on their dressage score to win by less that two penalties over Funnell with Billy Walk On, who were also clear in the final phase. Third place was filled by overnight leader March, whose Vanir Kamira lowered two fences. Ros Canter (Pencos Crown Jewel) also had two down but remained in fourth and Pippa Funnell took fifth on second ride, Majas Hope.

It was the first all-female top three in 18 years at the 5* level, and the first EVER with a top five consisting of only lady riders.

Richard Jones and his lovely grey Alfies Clover, were best of the men. Sammi Birch (Finduss PSB) and Felicity Collins (RSH Contend Or) were the only other two riders to jump clean over the colored fences.

The horse trials have been a triumph for Helen West, who as well as heading the team at Bicton Arena is also the new CEO of British Eventing. The venue only got the go ahead to run a 5* Burghley substitute 11 weeks ago, after they were successful in replacing the cancellation of CCI4* Bramham and had even less time to organize their spectator arrangement as COVID restrictions were lifted just eight weeks ago.

Funnell was effusive about the difference having real spectators had made.

“Obviously, it is different being here but it is also special,” said the former Grand Slam winner. “The crowds were outstanding yesterday on the cross country, and again today and their support really lifts us all to compete even harder. We are so grateful to everyone who came here.”

The winner, even before the marriage proposal, was rendered speechless for some minutes after clearing the last fence. Chilli Knight is by Chilli Morning who won Badminton in 2015 with William Fox Pitt and was born by embryo transfer 11 years ago. His natural mother was the eventing mare Kings Gem, produced by Mary King before Gemma took over the ride. The Tattersalls had another embryo transfer foal born at the same time but sadly that horse was lost in an accident, making Chilli Knight even more precious. He is believed to be, in another record, the only 5* winning horse who is by a 5* winning horse.

Tattersall was obviously delighted, “Genuinely I am lost for words as it’s taken a long time, and lots of work to be here, sitting between two legends. Chilli Knight has been a ‘yes man’ since day the day he was foaled. He always wants to do his best for you. I did feel the pressure going in but all I thought of was that this is like competing at Hickstead where I am so used to being in the big arenas, and doing well in pure show jumping and that helped. I needed not to put more pressure on myself because Pippa’s round was not only clear, it was beautiful.”

Tattersall’s mother Marcelle is often the groom as well as her daughter’s number one supporter:

“Obviously, I am extremely proud as well as emotional but I have always thought Chilli Knight would come out on top at big event one day. He is not flashy, so he has gone a bit under the radar. But he has only ever had one cross country fault in his career so far and I thought sooner or later over a tough track his jumping ability would get him to the top of the pile.

“[He’s] a bit like Arctic Soul [Tattersall’s Olympic ride in Rio 2016],” she continued, “who was a great lead team horse, even though he might not lead the dressage. But Chilli Knight is much calmer than Arctic Soul, who could get a bit over excited by things like this prize giving!”

Owner Chris Stone, who is the power behind Elite Eventing TV and the Event Rider Masters series, has not had to wait quite as long as Gemma for a five-star win as he also owned Chilli Morning. However, he was just as thrilled by today’s win.

“Gemma [36] has been with me as a rider since she was 20, so this has taken a while but no one could have worked harder for it. She has done all the work herself, I have been able to sit on Chilli Knight occasionally, but she is the only person who has even ridden him aside from that.”

For the stats, there were 18 finishers from 32 starters. Michael Owen withdrew Bradeley Law before the veterinary inspection this morning. He explained in his Facebook page, that his 17-year-old horse had pulled out rather stiff in the morning after his jumping clear across country, and decided not to make any attempt to pass the jog.

“He is 17, he has carried me round Badminton and Burghley, I am not going to win and so you make the best decision for the horse.”