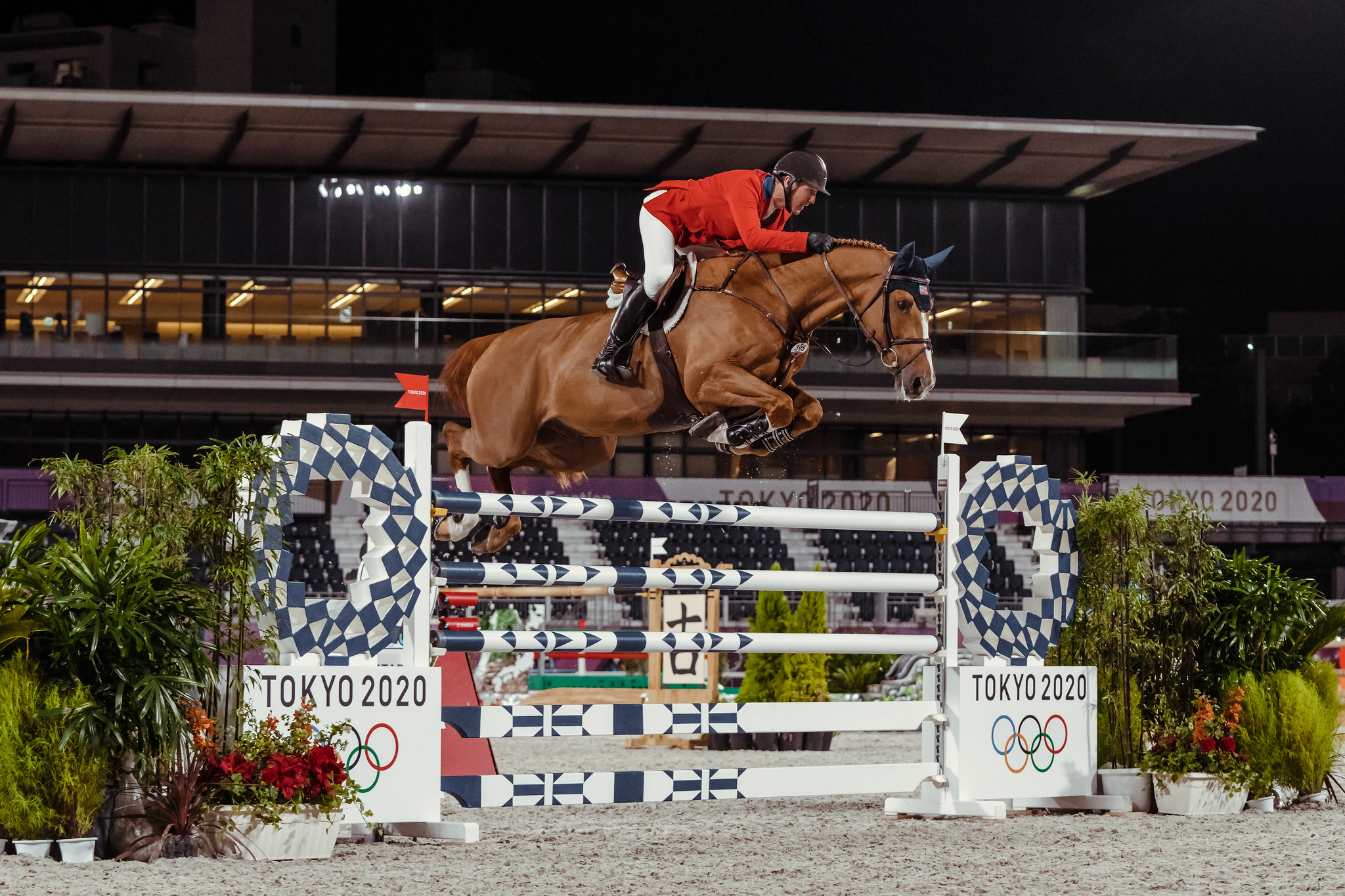 Perhaps more so than with any other equestrian sport at the Tokyo Olympic Games, team jumping was greatly impacted by the elimination of the drop score.

Unless, of course, you were Team Sweden.

After all three Swedish riders advanced to the individual final just a few days ago, Henrick von Eckermann (King Edward), Malin Baryard-Johnsson (Indiana) and Peder Fredricson (All In) once again jumped clear rounds over Santiago Varela’s (ESP) track, leaving Sweden on a flawless score of 0 to top the leaderboard in team qualifying Friday evening at the Baji Koen Equestrian Park.

The top 10 teams advance to Saturday evening’s team jumping final, where all squads will return with clean slates, making this event, truly, anyone’s game. But there should be no question as to which team has been most consistent in these Games. Sweden has been exceptional, and while they will not have an advantage on their scorecard tomorrow, they will be rewarded with the advantageous final position in the team rotation.

It’s worth a reminder that two-thirds of this team—King Edward and All In—are competing completely barefoot. Even more impressively, after jumping six clear rounds at the 2016 Rio Olympic Games, the masterful All In has yet to touch a pole through four rounds in 2021. Fredricson and the 15-year-old Belgian bred gelding took the individual silver medal (for a second time, no less) on Wednesday, but boy does this horse deserve gold.

Belgium and Germany sit adjoint second behind the leaders, each with a score of four—the sum of time faults across their respective riders. Switzerland looms large behind them after finishing on 10 faults in qualifying, just ahead of the United States. After Team USA failed to have a representative advance to the individual final, the group of Jessica Springsteen (Don Juan van de Donkhoeve), Laura Kraut (Baloutinue) and McLain Ward (Contagious) secured their place in the final event of these Games.

The U.S. squad finished on 13 faults Friday, with each rider adding a single rail to their score, plus an additional time fault from Ward and Contagious, who were competing in Tokyo for the first time after sitting out individual competition.

“My horse felt great. This was a new challenge for Contagious and me,” Ward said. “We’ve been on the ice for the better part of four weeks and his last show was Rotterdam, which was over a month ago. Over the last 10 days, I think I’ve maybe jumped eight or nine jumps and to jump at this level is a real challenge. He was right there with me, and I’m proud of Contagious for stepping up. When I originally got the ride on him, I didn’t know if he was an Olympic horse, and he has proved that he’s capable at this level.”

With the new Olympic format, just three riders jump for each team, with every score counting. It left the tallies higher than in years past, and for some nations, mistakes proved especially costly.

Ireland and Israel withdrew and were subsequently eliminated after Shane Sweetnam (IRL) and Teddy Vlock (ISR) took falls on course.

Perhaps most surprising was Brazil, who just snuck into the top 10. The squad sat on just five faults before anchor rider—former Olympic gold medalist Rodrigo Pessoa—had an uncharacteristic 20-fault score with Carlito’s Way. That score will all but disappear in a day’s time.

The final list of qualified teams is as follows:

The team jumping final, the final equestrian event at the Tokyo Olympic Games, will begin at 7:00 pm JST (6:00 am EDT) Friday, August 7.