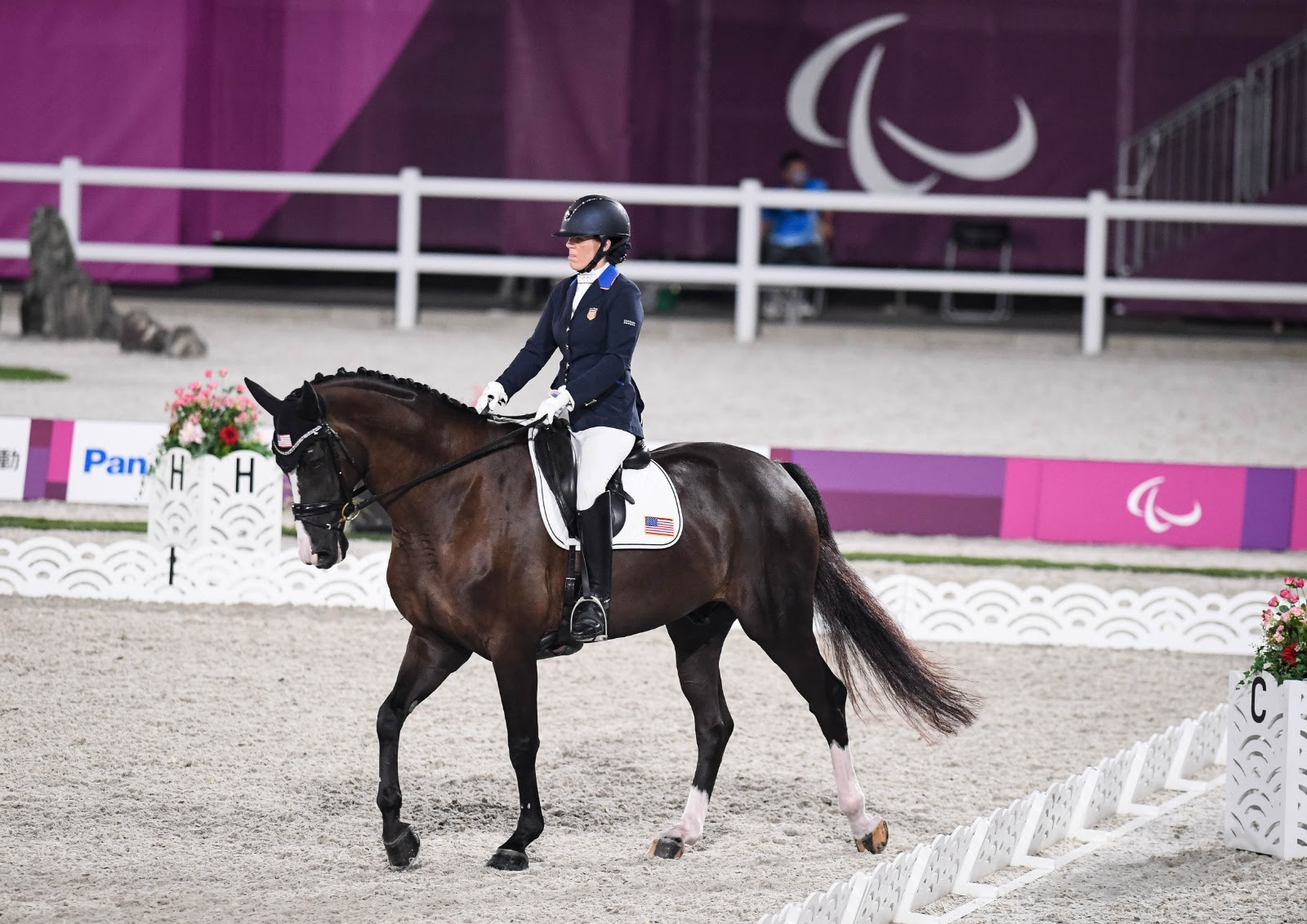 The USA Para Equestrian team closed the 2020 Tokyo Paralympic Games with their best ever medal total.

The haul includes the individual gold in the Grade 1 Freestyle for Roxanne Trunnell and the nine year old Hanoverian gelding, Dolton. The pair had already won their first gold medal in the individual round, then helped Team USA to bronze before scoring a record 86.927% to take the Freestyle win in which Dolton and Trunnell ride to a medley from the Forrest Gump soundtrack, which accentuates Dolton’s impressive walk gait.

“I love it. I didn’t pick the music, he [Dolton] sort of did, and he really loves his freestyle,” explained Trunnell, who hails from Washington State but is now based in Florida,.

“I thought the stretch down today was a highlight because he was really stretching and he was really with the music and marching today like we really wanted.

“All of the little points were really there. This means a lot. We moved for Dolton and that was the right choice and this has always been one of my biggest goals.”

Together since 2017, Tokyo 2020 marked the pair’s Olympic debut. But as they entered the ring as the last competitors in the class, there was no sign of nerves or inexperience in their flowing test, which propelled them to the top of the leaderboard.

Trunnell (36) contested the 2016 Rio Games aboard another horse. Since partnering with Dolton, she has become the highest ranked Paralympian rider in the world. The pair were undefeated in the run up to the Tokyo Games, several times breaking the 80% mark.

Trunnell originally competed in able bodied dressage, having grown up from a pony mad child into a USDF bronze medal winner. In 2009, she contracted a virus that caused her to collapse within 24 hours of feeling unwell. Doctors put her into an induced coma for recovery during which time she suffered from a stroke, caused by a blood clot to the brain, which left her unable to walk unaided and needing a wheelchair. Refusing to give up on her equestrian dreams, she not only got back in the saddle but also completed a Masters Degree in psychology.

Trunnell was classified as Grade 1 disabled in 2012. It had taken her less than 10 years to achieve world domination and with Dolton still a young horse in dressage terms, there may be more medals to look forward to in Paris 2024.