Robert Blanchette Is a Master Juggler 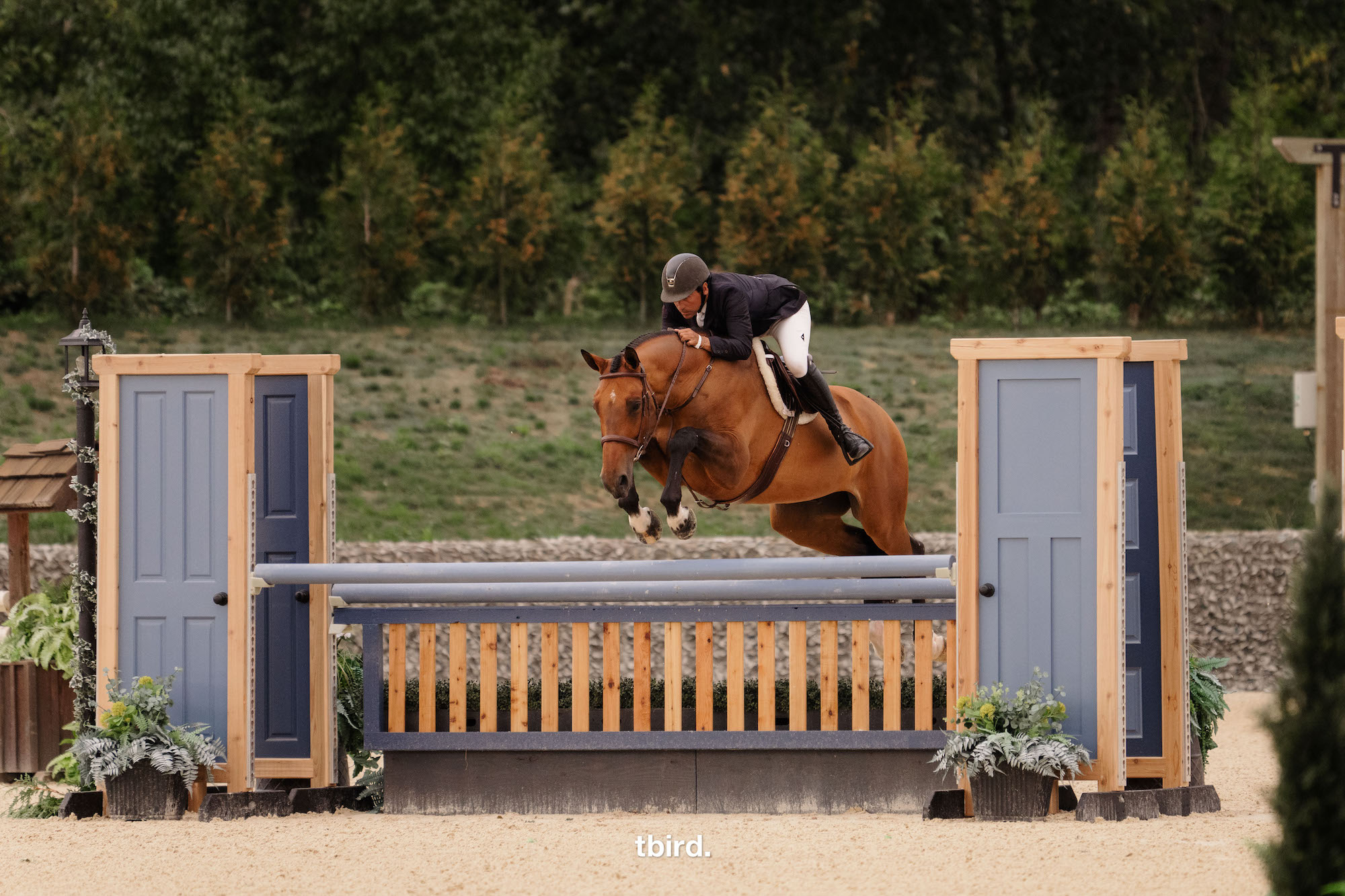 On a Thursday afternoon at Thunderbird Show Park, Robert Blanchette is juggling.

Blanchette, who runs the Salinas, CA-based Blanchette Equestrian alongside his wife Tammy, brought forward two FEI horses, a six-year-old and two derby horses for Thunderbird Show Park’s CSI3* Summer Fort Classic—plus the catch rides he picked up at the venue. His way of preparing for the $25,000 Foxstone Stables USHJA International Hunter Derby was to naturally jump the CSI3* $37,000 George & Dianne Tidball Legacy 1.45m.

When he wasn’t in the show ring himself, he helped his wife coach their students. And perhaps most impressively, he still had to keep tabs on his 2 1/2-year-old twins, Sophia and Charlotte.

“One [daughter] just pulled my tie off and put two pairs of spurs on each foot!” Blanchette exclaimed via phone from Langley, BC.

Ever jovial, Blanchette’s enthusiasm for both his family and any facet of horse sport is obvious from just a few minutes of conversation. The 50-year-old has competed up to Grand Prix dressage, two-star eventing and CSI4* show jumping. And he’s become a respected name in the hunter ring.

Thursday evening, Blanchette rode to the top two placings in the $25,000 Foxstone Stables USHJA International Derby aboard Flight Instructor and Mr. Worldwide, respectively. He also catch rode Light My Fire to sixth-place honors, making up 25 percent of the top 12 that advanced to the handy round.

The win marked the first at the level for Amanda Rudin’s 11-year-old Selle Francais gelding—in just his second International derby outing. Flight Instructor will also compete at tbird with Rudin in the Children’s Equitation 3′ division.

“The owners just came to us about six weeks ago. [Flight Instructor] showed up, and I didn’t really like him!” Blanchette exclaimed. “He looked unassuming. I rode him once, and I thought, ‘He’s alright.’

“My wife taught [Rudin] on him and told me that this was a really good student and a good horse,” he continued, “so I rode him more, and we jumped a little bigger. Then I thought he was really good. Before we got him, he had only started doing the three-foot hunters. We decided to try 3’6” and it felt good, so we decided to do an International Derby.”

On Friday, it will be back to the Fort Grand Prix Arena for Blanchette, as he’ll jump his own Coupis in the CSI3* tbird 1.35m and RTS LLC’s Chardonnay in the featured CSI3* Steel-Craft Doors Cup 1.50m. The 14-year-old Coupis is the veteran of the stable, having paired for Blanchette to represent Ireland in the 2017 CSIO4* FEI Nations Cup at tbird. Ten-year-old Chardonnay, meanwhile, is a newer mount and just stepped up to the international level in February. In Wednesday’s CSI3* George and Dianne Tidball Legacy 1.45m, the mare placed among the top 10.

“She’s a top, top horse,” Blanchette said of Chardonnay. “She’s a chestnut mare, so you have to treat her right!”

“I think that’s probably the best six-year-old in the country,” Blanchette asserted.

Blanchette rattles off horse names and performances with the zest of someone who’s exerted far less energy in their day. He’s already looking toward next week’s hunter derby and, if all goes well in the Steel-Craft Doors Cup, Sunday’s featured $100,000 CSI3* ATCO Cup 1.50m.

“In the hunters, I try to make the jumps as pretty as I can,” Blanchette said. “Then [I go to the jumper ring] and remind myself to sit up, close my fingers and put my leg on!

“You just wake up every morning and do everything you can.”