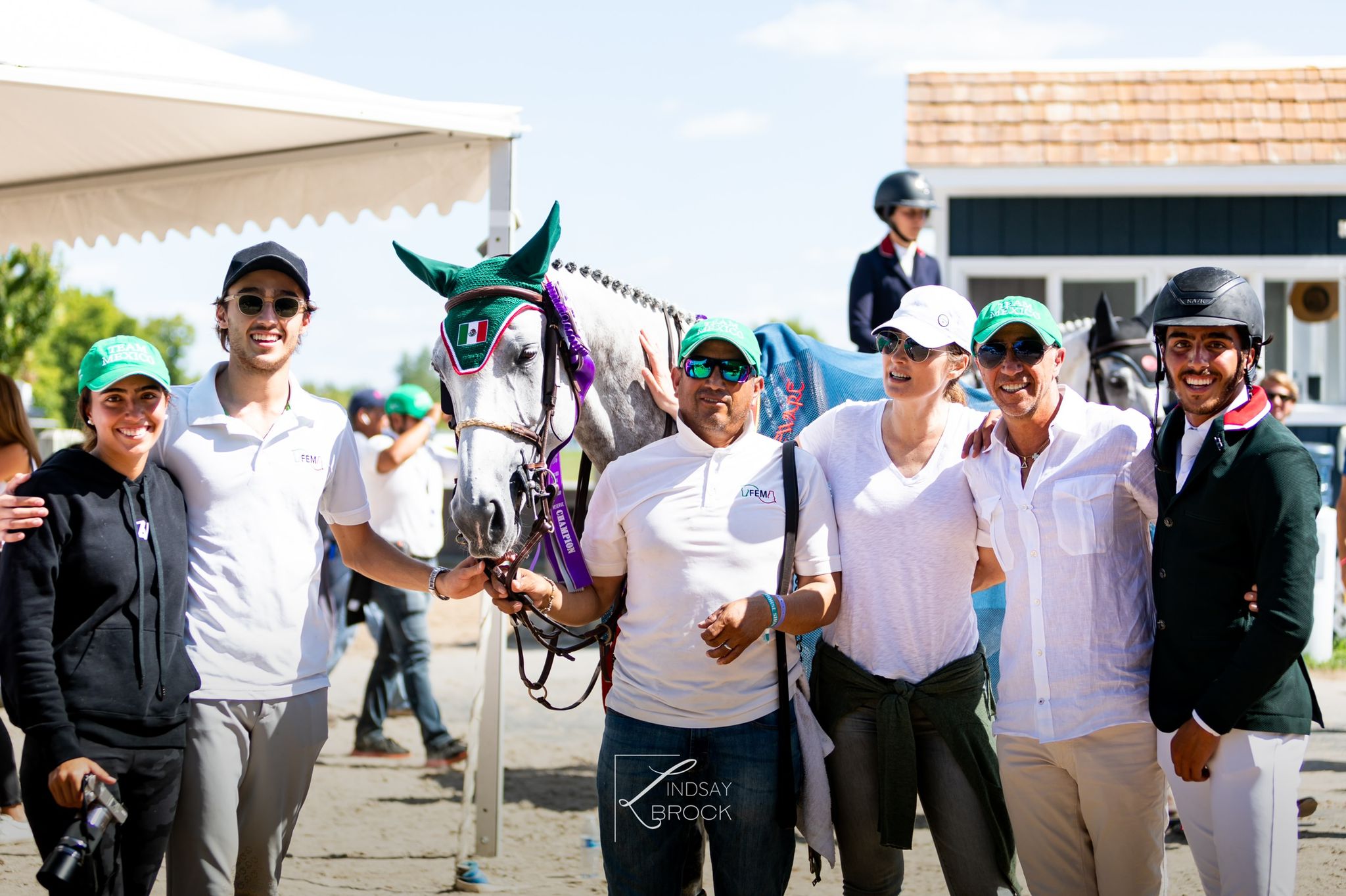 Major League Show Jumping takes the show on the road this week at Angelstone Tournaments in Toronto, Ontario, CAN. As the tour continues, we’re shining the spotlight on the fresher faces, the “rookie” riders in their first season competing with an international team.

Next up: Mexico’s Daniel Rihan.

Daniel Rihan will make his debut for the Otomí Warriors with momentum. The 20-year-old is fresh off a career-best effort at the North American Youth Championships, earning an individual silver medal in Young Rider competition.

“I was really excited, and I was really happy with the result,” Rihan said. “Honestly, I just wanted to have a clear round [in the final], and everything else was a bonus […] I was just trying to give my best and also let my mare do her best, and the results came for themselves.”

Rihan has been competing at the international level since age 16, getting his start at the venue after which his team is named. The San Miguel de Allende, Mexico based Otomí will host its first five-star event when Major League Show Jumping comes to town in October. Rihan’s father Daniel Rihan, Sr., alongside Eduardo Leon, started and continues to run events at the picturesque venue. Rihan, Sr. is also the Otomí Warriors’ team captain.

“I believe that the MLSJ tour is going to enhance the equestrian level in North America by having ten five-star events every season at breathtaking venues that I believe will attract more audiences that are not particularly familiar with the equestrian world,” Rihan told Major League Show Jumping.

Training under John Perez Bohm (COL), Rihan has never shied from taking on the sport’s best, and at just 18 years old, he made his Nations Cup debut for Mexico at the CSIO5* Longines FEI Jumping Nations Cup™ USA in Wellington, FL. His mount that day remains the anchor of his string: the 15-year-old Zangersheide mare, Coleur van Berkenbroek. The big-bodied chestnut mare is undoubtedly a fighter, bringing her rider up the ranks from 1.30m to 1.65m.

“She is my long-time partner and most trusted friend,” Rihan said. “She’s the best ride I’ve ever had.”

He’ll also bring forward Chousa Sho Z, an 11-year-old Zangersheide mare who Rihan has brought up from the time she was seven. His partner at NAYC, Chousa Sho Z had just one rail throughout the entirety of the competition.

With Major League Show Jumping, Rihan now gets a chance to have his coach as his teammate. Perez Bohm, Jaime Azcarraga (MEX), Santiago Lambre (MEX) and Julio David Vainer (MEX) have signed on to the Otomí Warriors, as have Nicolas Pizarro (MEX) and Olympic gold medalist Rodrigo Pessoa (BRA).

“We are a team consisting of four Olympic riders, one of which has already obtained an Olympic gold medal,” Rihan said. “We are just a group of friends doing what we love. We’re excited to compete.”

Catch all the MLSJ action live (and for free!) on majorleagueshowjumping.com.