Isis Landsbergen is Winning with the Mare She Made 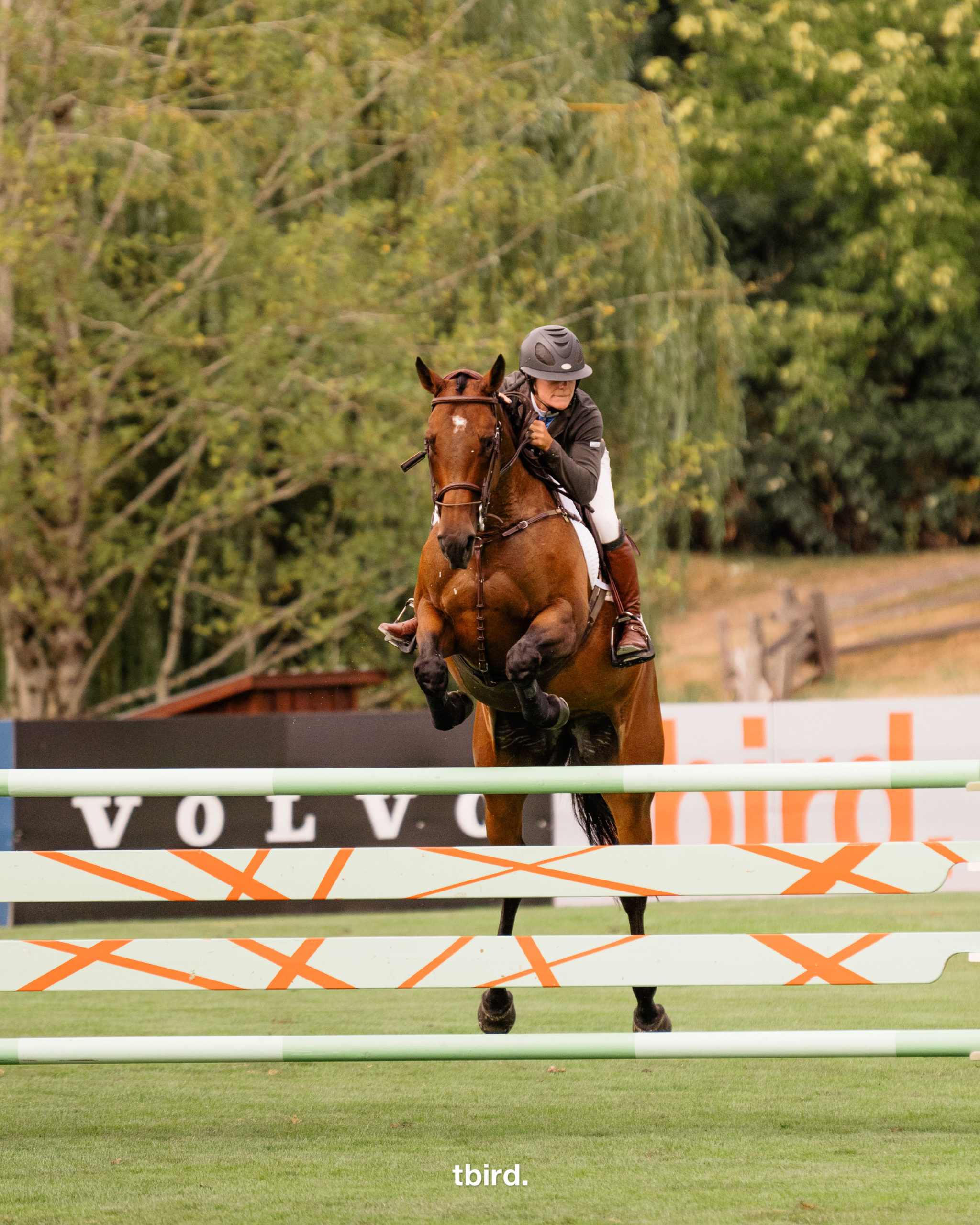 Isis Landsbergen has entered professionalism in her sport with the utmost preparation. The 25-year-old has involved herself in every facet of the industry—riding, training and even breeding.

When Landsbergen won Thursday’s $5,000 MarBill Hill U25 League 1.35m at Thunderbird Show Park’s Summer Fort Classic, she did so on a homebred, the 10-year-old Canadian Warmblood mare, Witja. Landsbergen’s family purchased Witja’s dam, a mare by Novalis, at an auction and bred her to Wittinger VDL when Landsbergen was just a teenager. Landsbergen brought the mare up, literally, from the very beginning, handling her as a foal and teaching her her very first lessons.

“She was probably the most difficult horse to start,” Landsbergen recalled. “She didn’t like to have a bit on, and she didn’t like to be told what to do. She had a mind of her own, but if you put a jump in front of her or put her in the [show] ring, she was always game on.

“Even [in the MarBill Hill U25 League 1.35m], I went to pick up the trot, and she almost bucked me off!” Landsbergen exclaimed. “She still has the sass, but she’s gotten a lot better. Probably when she was seven or eight, she kind of [grew up]. Some days, she still has that sassy mare attitude. We call her, ‘Boss Mare.'”

Landsbergen’s family moved to Alberta from Africa when she was just two years old, and they began breeding horses. A member of the Canadian Warmblood Horse Breeders Association (CWHBA), Landsbergen had the opportunity to compete in the World Breeding Federation for Sport Horses (WBFSH) International Young Breeders World Championships in Great Britain. While her family breeds fewer horses now, it’s something she hopes she can continue, and she might be on the lookout for another broodmare in the near future. In addition to Witja, she’s competing another homebred at the Summer Fort Classic, Jazura Blue in the 1.20m.

“I like training the young ones,” Landsbergen said. “To be able to say that I’m doing the grand prix on a homebred is very rewarding.”

“She’s always wanted to do it. She loves her job,” Landsbergen said. “It’s been a real learning process for both of us. [When we stepped up], it was the first grand prix for both of us. Before her, I had only jumped up to 1.20m.”

Landsbergen balances her own riding with being a young professional at the Calgary-based Bow Canyon Equestrian, a role she started earlier this year. She hopes to continue building her confidence in the grand prix ring, something the U25 division has supported.

“I love it,” she said. “I think with a 1.35m class and then two 1.40m classes, it sets you up nicely. It’s nice to be in a division with riders of similar ages and experience. It tells you where you’re at.”

Climbing the ranks with a horse she made herself has made the journey that much sweeter.

“I’m really proud of [Witja],” Landsbergen said. “She really always gives me her all.”