Everyone (Including Me) Is Rooting for Katie Kruger 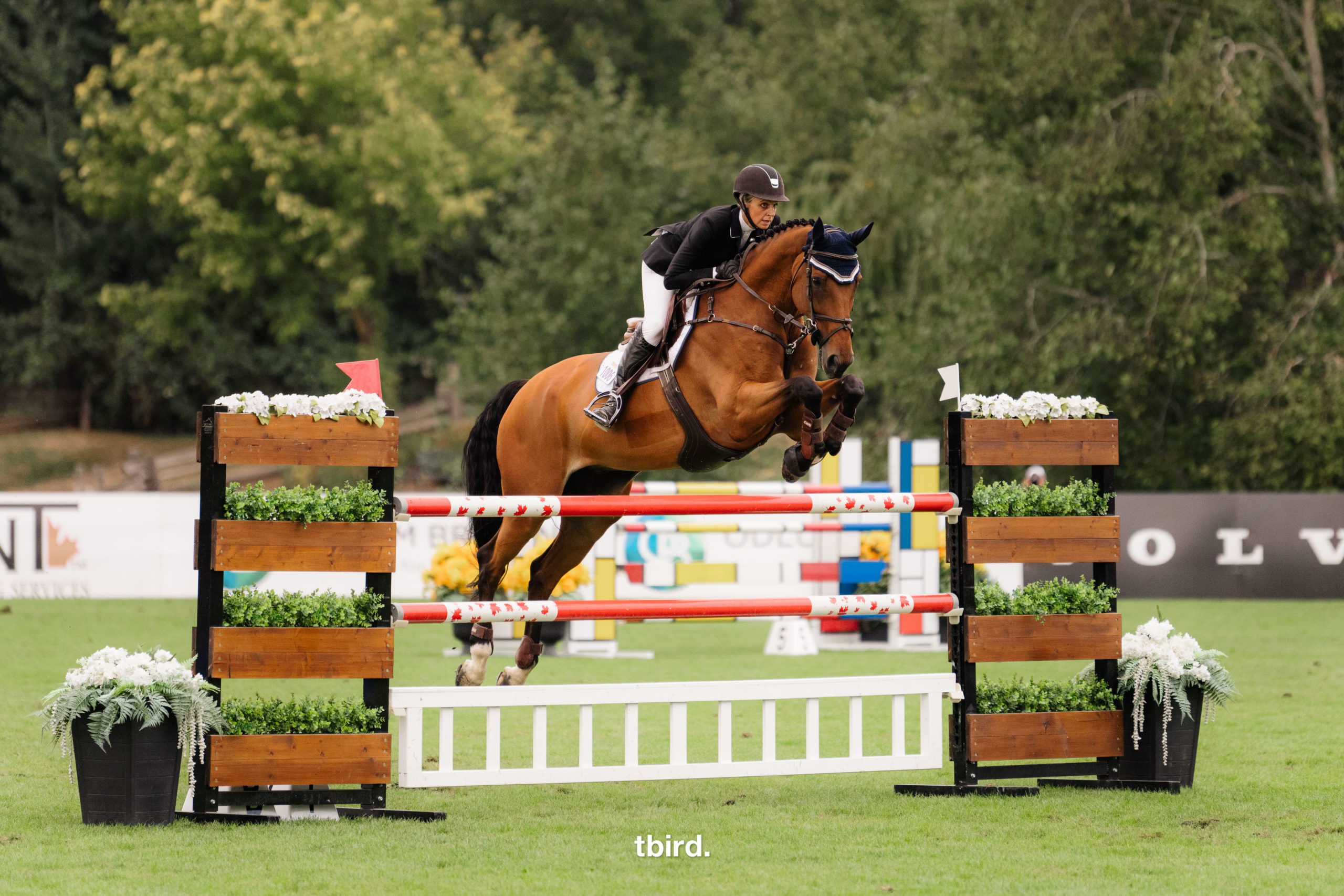 Katie Kruger’s (CAN) enthusiasm is infectious. Minutes after riding to her first career international victory in the CSI3* $15,000 Maui Jim Winning Round 1.45m at Thunderbird Show Park, the 32-year-old was still processing.

“I couldn’t believe it. I still can hardly believe it,” said Kruger, based out of Caledonia Stables in Leduc, Alberta.

Kruger (formerly Kraft), who took on her last name just a month ago when marrying Jason Kruger in July, was surrounded by family. Jason and her mother took the lead caring for her horse as she stepped away for her winning interview. Her brother-in-law and sister-in-law, Allen and Labrie Kruger, were also showing at the venue. And after Kruger answered the questions posed to her, responding with endless praise for her horse, her trainer and her support team, she politely asked if it was okay for her to return to her horse.

Kruger is the kind you love to root for.

The Internet agreed, as video of her winning round was flooded with comments of congratulatory messages. On the livestream, Kruger’s former coach Lynn Macyk did not shy from showing some bias and cheering her on. As Kruger galloped through the timers, jumping her second clear round of the afternoon, elation spread across her face.

She thought she had finished third.

“I couldn’t read the screen at first. We were at the other end of the arena,” she said.

When she got closer to the scoreboard, she gave her horse another pat and thrust her right hand into the air.

“This has never happened to me in my entire life!”

There are surely more wins to come, as there was no question that Kruger and Goodwill VB, affectionately known as “William,” earned the win. In the winning round competition, the top 10 combinations from the first round of jumping return for a second “winning” round. However, two eliminations in the first round from the original field of 11 left just nine combinations to advance, and all did so on a blank slate. Kruger was one of just three combinations to jump cleanly in the first round, and while her flawless score did not carry over, it did give her the advantageous position of returning last in the second round.

“After jumping a first clear round, you wish that it was a jump-off class,” she said.

So she treated it that way.

Admittedly conservative with her pace, Kruger was intent to follow the instructions of trainer Dayton Gorsline in continuing forward after each fence. Her mount’s big stride kept the forward momentum going, and the pair’s second clear round was even better than their first. They swept ahead of Braden James (CAN) and Vanessa Mannix (CAN) with a final time of 40.28 seconds. And while it did not have a direct impact on the result, Kruger and her mount were notably the only combination to jump both rounds without fault.

“He’s smarter than I am, which he sometimes uses to his advantage, but most of time uses to help me out,” Kruger said. “I could go on and on [about] him. I think he’s one of the best horses in the world. He always comes out better and better. In four weeks this summer, he hasn’t touched a pole.”

Kruger, who rides as an amateur, has been partnered with William for the last five years, and they stepped up to the FEI level in 2019. They have been remarkably consistent, taking home prize money in all five of the international classes they’ve jumped at tbird in August. Friday’s win was a breakout moment long in the making.

“I have been trying to change his name to ‘godsend,’ because that’s what I think it should be,” Kruger said of her mount. “He can be a bit of a ‘grumpy bear’ in his [stall], and he’s lazy on the flat. He doesn’t like to work too hard, but he comes alive in the [show] ring.

“He was absolutely brilliant.”

In a sport where business is most often a key element, Kruger is the reminder we all need that even at the top levels of the sport, it’s still all about the love for your horse and enjoying every moment—and that winning is a very big deal.

“I am the poster girl for getting excited,” Kruger said.