Harrie Smolders Is the Definition of Olympic Spirit 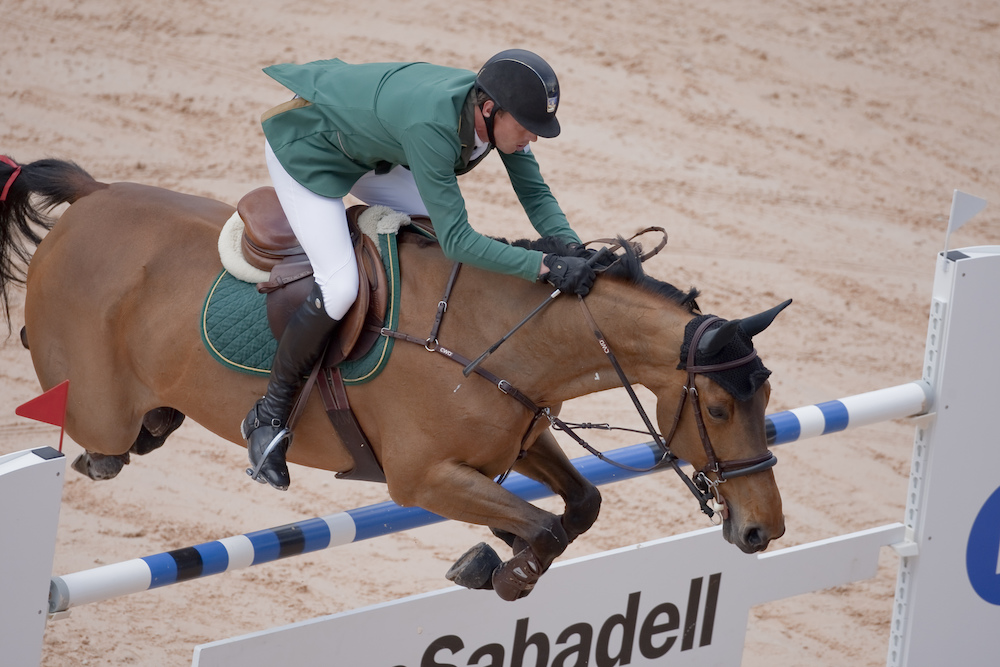 Amidst the horse withdrawals and riders declining to travel as reserves to Japan, one might be forgiven for thinking that this Olympic Games doesn’t matter to some equestrians as much as in previous years.

If that is the case, no one told Dutch showjumper Harrie Smolders….

The Netherlands has been reliant on Smolders as a veteran team rider for years now. But on June 29, it looked as if the Dutch were going to have to do without him when he broke his ribs in a fall at Knokke CSI3*.  Five days later, the Olympic team was announced, including Harrie, but would he be fit to compete? That old ‘race against time’ cliché rearing its ugly head.

Then, with the injury to Smolders improving, disaster struck again and his best horse Dolinn N.OP., joined her rider on the sick list.

Willem Grieve was announced as Smolders’ replacement on July 15 and it looked like a trip to Japan was out of the cards for the man who in the last ten years has been runner up in the World Championships, the World Cup and the European Championships as an individual, most often aboard his stunning and now retired to stud, Emerald.

But no one has ever been able to accuse Smolders of lacking drive. Today he revealed on social media that he is delighted to accept the travelling reserve spot with his second horse, Bingo du Parc.

“Looking forward to my second Olympics in Tokyo, although it has been a tough road to get there. A few weeks ago I had a bad fall where I broke my rib – I worked hard to get back in shape on time and so far it looks like we will make it. Dolinn N.O.P., the team’s original selection, is unfortunately not fit to compete. We are disappointed she won’t be in Tokyo as she is in her prime and we were in contention for a medal with her experience and brilliant attitude. Now I will travel as a reserve combination with upcoming Bingo du Parc. He is a real team horse with endless Championship potential but still green at this level. I’m happy to be there for the team and we will do our absolute best to support wherever we can.”

It is a shame that a misfortune will have to fall on another rider for Smolders to actually compete in Tokyo as his attitude is the very definition of Olympic spirit!