Hall of Fame Thursday: The Incomparable Touch of Class 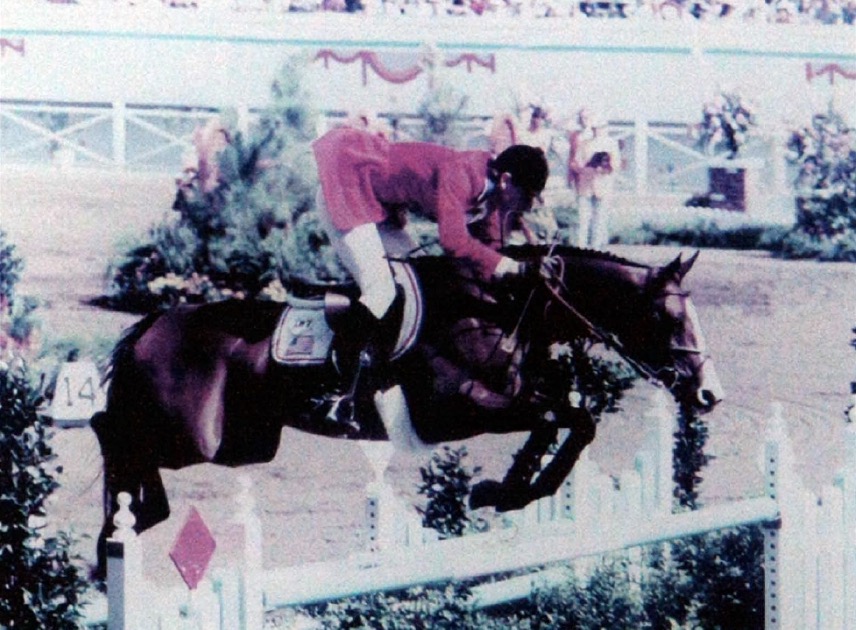 Touch of Class was a famed member of the USET’s 1984 Olympic “Dream Team.”

After posting the first double clear rounds in Olympic history and clearing 90 out of 91 jumps, Touch of Class took home two Gold Medals and the admiration of the world. Her tremendous performance also helped her become the first non-human to win the USOC Female Equestrian Athlete of the Year Award.

Even before the Olympics, Touch of Class was a winner. The 16-hand, bay Thoroughbred, foaled in 1973, quickly transitioned to the jumper ranks after a brief racing career. She won the intermediate championship at the Washington International Horse Show with Debi Connor before Joe Fargis took over her reins. In her first year at the grand prix level (1981), Touch of Class won classes at Harrisburg, Washington, and New York.

Touch of Class and Fargis proceeded to make the USET’s World Championship team at Dublin in 1982, but a leg injury caused Fargis to turn her over to Conrad Homfeld for the remainder of the season. With Homfeld in the irons, she was victorious in the Grand Prix of Southampton and qualified for the World Cup Final in Vienna the following spring, where the pair finished 4th.

In 1983, Fargis guided Touch of Class on victorious Nations’ Cup teams in Rome and Calgary. Before her career was finished, she was also on winning Nations’ Cup teams at Aachen, Washington, and New York. In 1984, she won the Grand Prix of Tampa, and turned in several consistent Olympic Trial performances before being named to the USET Olympic Show Jumping team.

Following the Olympics, Touch of Class continued to compete successfully throughout the ’80s. In 1984 and 1985, she carried Fargis to first place in the World Cup U.S. East Coast League standings. She also embarked upon a successful breeding career. Touch of Class lived a happy retirement at River Circle Farm in Franklin, Tennessee where she passed away on July 1, 2001.