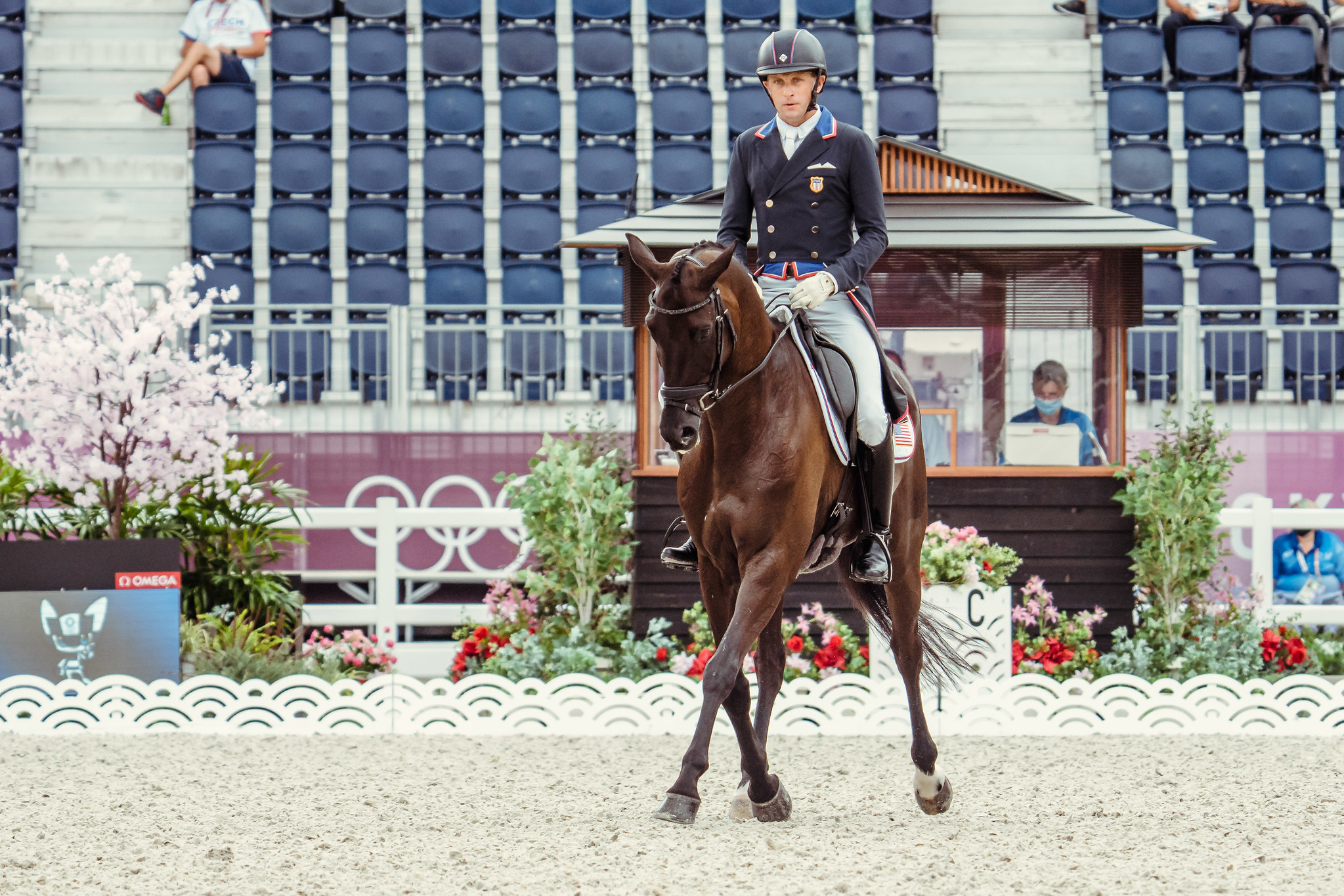 It’s one of the most highly anticipated phases for equestrian sport at the Olympic Games: Cross-country day.

Derek di Grazia’s (USA) track should certainly create some disruption to the current leaderboard, but after dressage, the favorites are looming large.

World No. 1 and Olympic rookie Oliver Townend (GBR) was just the second rider to salute at X of the two-day, three-session dressage phase, and his 23.60 score with the stoic Ballaghmor Class nearly held to the end. Still, it was enough to maintain his nation’s position at the top of the leaderboard. Great Britain holds the lead heading into cross-country on 78.3 penalty points.

All eyes will be on Jung as he looks for a third straight Olympic title, though this time out, he will be without the exceptional Sam Fbw, who carried him to gold in both 2012 and 2016. This time, Jung’s Olympic partner is the 13-year-old Hanoverian gelding, Chipmunk Frh. The bay previously represented Germany at the 2018 World Equestrian Games at Tryon (USA) under Julia Krajewski, who developed him from his four-year-old year to the top levels of the sport. Jung took the reins in February of 2019, ahead of that year’s European Championships in Luhmühlen. There, they contributed to team gold and earned the individual silver.

“We had a very good partnership today; everything worked like I wished,” Jung said. “Since the European Championships in 2019, I’ve had more time to train with him. We had a long winter to work more and have had many more competitions this year, so everything is going much better.”

The United States sits eighth after dressage, following performances from Doug Payne and Vandiver, Phillip Dutton and Z and Boyd Martin and Tsetserleg. Payne and Vandiver, called up to the three-person U.S. squad following the unfortunate injury to Liz Halliday-Sharp’s Deniro Z, performed their test in the first session, coming away with a 33.0 score that was mistake-free outside of Vandiver’s left-to-right lead change, which was executed correctly, but not without the bay reacting with some displeasure.

Dutton and Z earned the best score of Team USA—30.5—due to a lack of precision in both their lead changes and halt. The pair is currently ranked 16th individually.

Martin was also affected by injury leading up to these Games, as he was forced to withdraw top mount Luke 140 in late June. He’s now riding Tsetserleg (“Thomas”) in Tokyo; this pair will anchor the U.S. in every phase. They received a 31.10 dressage score following a test filled with moments of greatness and uncharacteristic mistakes.

“To be honest, it’s quite disappointing,” Martin said. “Thomas has been so good in the dressage for years and years, and we had great work in there, and then there was one moment in the rein back where he fell behind me and misunderstood me and cantered out, which screwed up the next movement. It was some great moments and some disastrous moments.”

A total of 61 horse-and-rider combinations will take on di Grazia’s cross-country track. The consensus: It looks hard.

This sounds like a given at an event as paramountly important as the Olympic Games, but cross-country at the Olympics is held at the four-star (versus five-star) level to make for fair and safe going for a wider variety of nations. Both dressage and cross-country at these Games have also been constructed with shorter tests to account for the extreme climate and warm conditions in the area. Tokyo’s dressage test was created just for these Games, with a roughly 3.5-minute completion time. Similarly, the cross-country course has been constructed to take about eight minutes to complete.

But with a shorter course comes a tighter time allowed, and this was a talking point in advance of the second phase.

“Cross-country is so difficult. It’s so hard to get the time, but I think we (Team USA) are in with a chance if we can deliver three good rounds of cross-country with three good seasoned horses that are older and experienced,” Martin said. “We’ve nothing to lose by going out there and giving it a crack!”