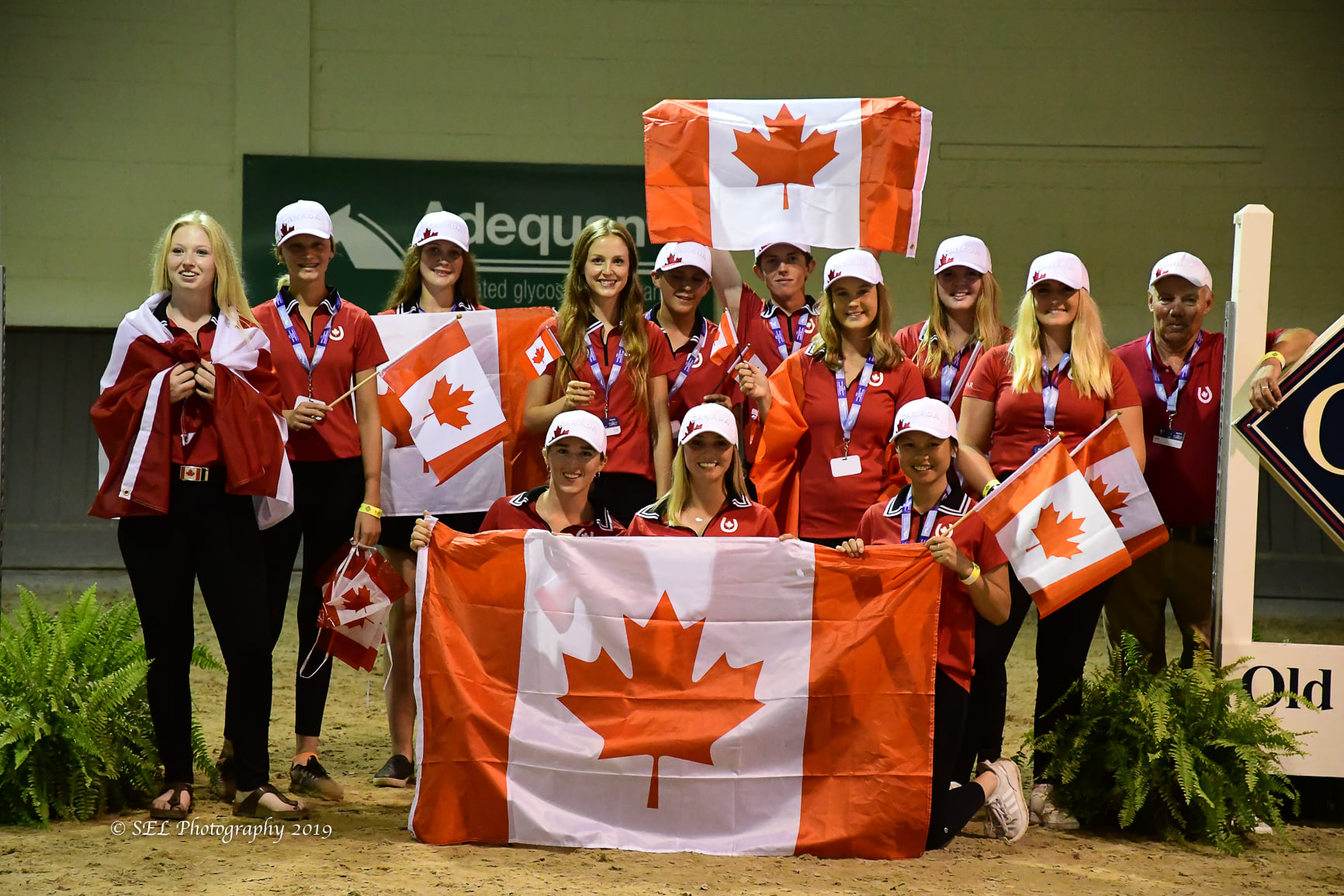 After a year hiatus, the event returns August 9–15 and will make its debut at Great Lakes Equestrian Festival VI in Traverse City, MI, with jumping and dressage competition.

Among several changes to the event format is a new Pre-Junior division, designed to fill the previous gap between the Children’s (1.25m) and Junior (1.40m) championships. The NAPJC category is open to riders of FEI ages 14–16, who will compete over fences up to 1.30m.

Canada released its lineup of riders this week. Meet the bright young talent north of the border who will be Michigan-bound in August:

Camille Carier-Bergeron, Brooke Mancusi and Anna Swackhammer make up a veteran Young Rider squad for Canada in Dressage. This trio not only boasts previous NAYC experience, but all three riders also won medals.

Carier-Bergeron is a standout amongst the group; she was the individual and freestyle junior gold medalist of NAYC 2014 in Lexington, KY, and contributed to a team gold medal in young rider competition in 2019, when the event was last held in North Salem, NY. Carier-Bergeron won an astounding nine consecutive CDIY and CDIU25 events at the Global Dressage Festival in Wellington, FL this winter.

The Children’s division will feature a group of newcomers in Nyomi Yzerman, Taylor Wood and Livia Martin. This relatively new division, introduced in 2018, has already proved its merit, as Olivia Stephenson—a Children’s medalist in both 2018 and 2019—advances to the Pre-Junior team in 2021. Stephenson boasts individual and team gold medals from NAYC 2018. In 2019, she was the individual silver medalist of the division in addition to contributing to a team silver medal. Her Pre-Junior teammates, William Martin and Quintyn Baeumler, will make their respective NAYC debuts in Traverse City.

Remember the name: Krawitt. The Krawitt brothers, medalists in 2018, return to NAYC in 2021 with their eyes firmly on the podium. Younger brother Eric will represent Canada in Junior competition, while Austin will feature on the Young Rider squad. Eric will surely be a candidate for individual medals after contributing to NAChC gold in 2018. The now-16-year-old already boasts FEI victories in open company, having won not one, but two CSI2* 1.30m classes at the 2020 Palm Beach Masters Series in Wellington, FL. In his own right, Austin jumped to a top 5 finish in the CSI2* Grand Prix at Traverse City last July aboard his NAYRC mount, Sanjay.

Another name Canadian fans aren’t likely to forget is “Evita.” Lea Rucker (NAJC), Sasha Maniaci (NAJC) and Jenna Lee Gottschlich (NAYRC Reserve) are all named to compete aboard horses named Evita. Rucker has competed at the CSI2* level with her own Evita, jumping a clear round at 1.45m in June.

Canadian teams will square off against Mexico as well as a variety of U.S. teams, categorized by geographic Zone. More information on NAYC, including schedules, can be found here.