Beezie and Breitling Still Got It 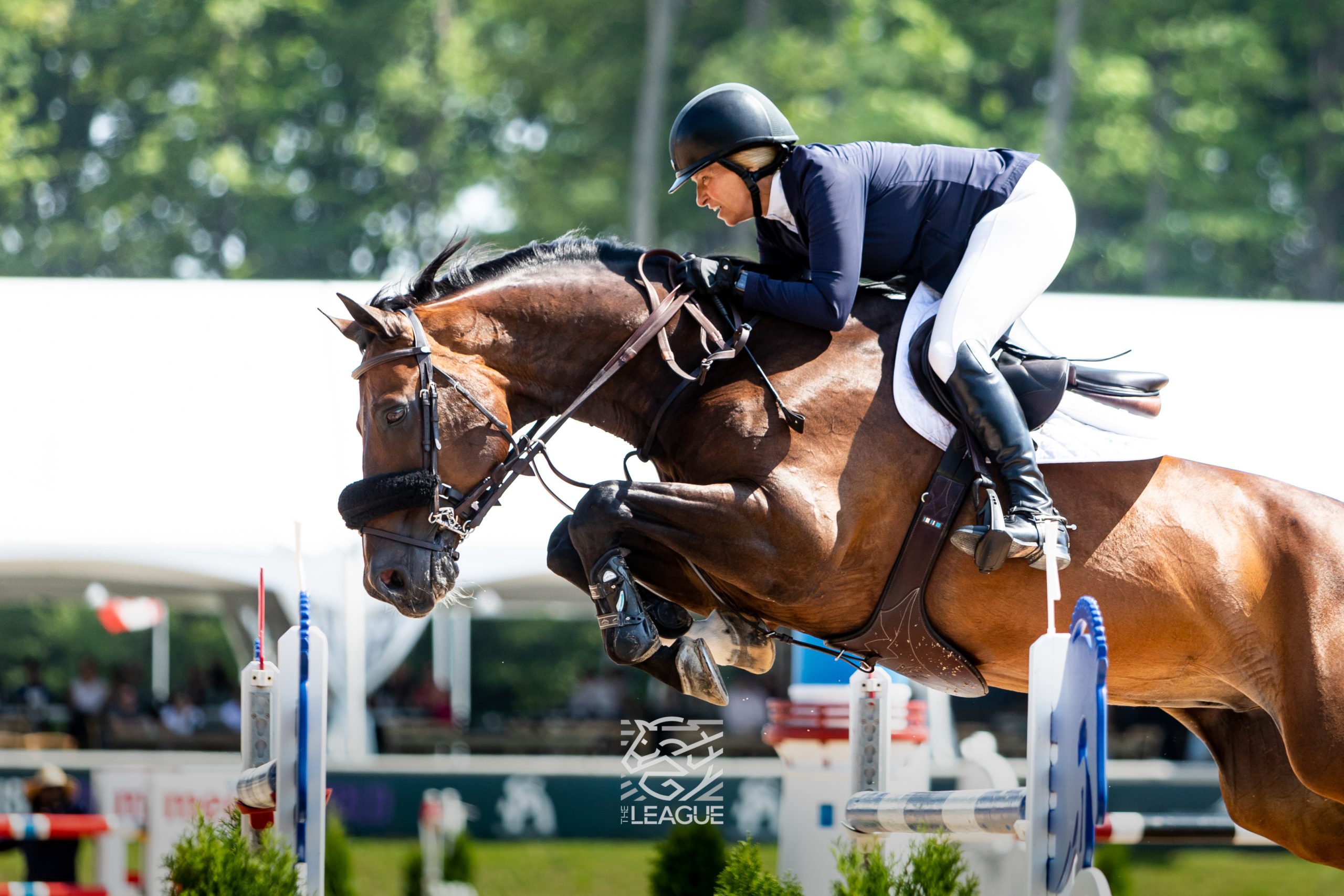 If you were to plan the perfect end to a phenomenal weekend of 5* show jumping, a spectacular summer afternoon watching Beezie Madden (USA) and Breitling LS deliver a masterclass on speed would be a solid choice.

So was the final class on stop two of the Major League Show Jumping tour.

Thirty-seven combinations took to the Turtle Creek Casino & Hotel International Ring to contest Olaf Petersen Jr.‘s (GER) first round track in the $230,000 TraverseCity.com Grand Prix CSI5* on Sunday. Ten found clear paths over the 16 obstacle course to advance to the jump off.

Only three would manage to repeat the trick.

Second to return for the short track, USA’s Kyle King and Magic Mike set the early time to beat, flying around the course’s tight turns and bending lines to post the first double clear effort in 36.30 seconds. Eight more would try to catch them, but ultimately prove unsuccessful.

Then came Madden and her partner of nine years.

Last to go, Madden and Breitling smoothly navigated the twisting jump off track in trademark speed and efficiency to shave a second and a half off King’s time and take the win.

“He’s been an amazing partner, we’ve had him for nine years now. I’ve grown with him and he’s so fast and so careful. There’s all kinds of classes he can win, and when he’s feeling really good even at the age of 15 he can win a CSI5*.”

The victory may be the latest for the 2018 World Cup Final champions, but it won’t likely be their last. Breitling will take Madden’s first string spot at Spruce Meadows in September.

In case you’re wondering, she’s not ruling out a spot on MLSJ team in the future. We asked.