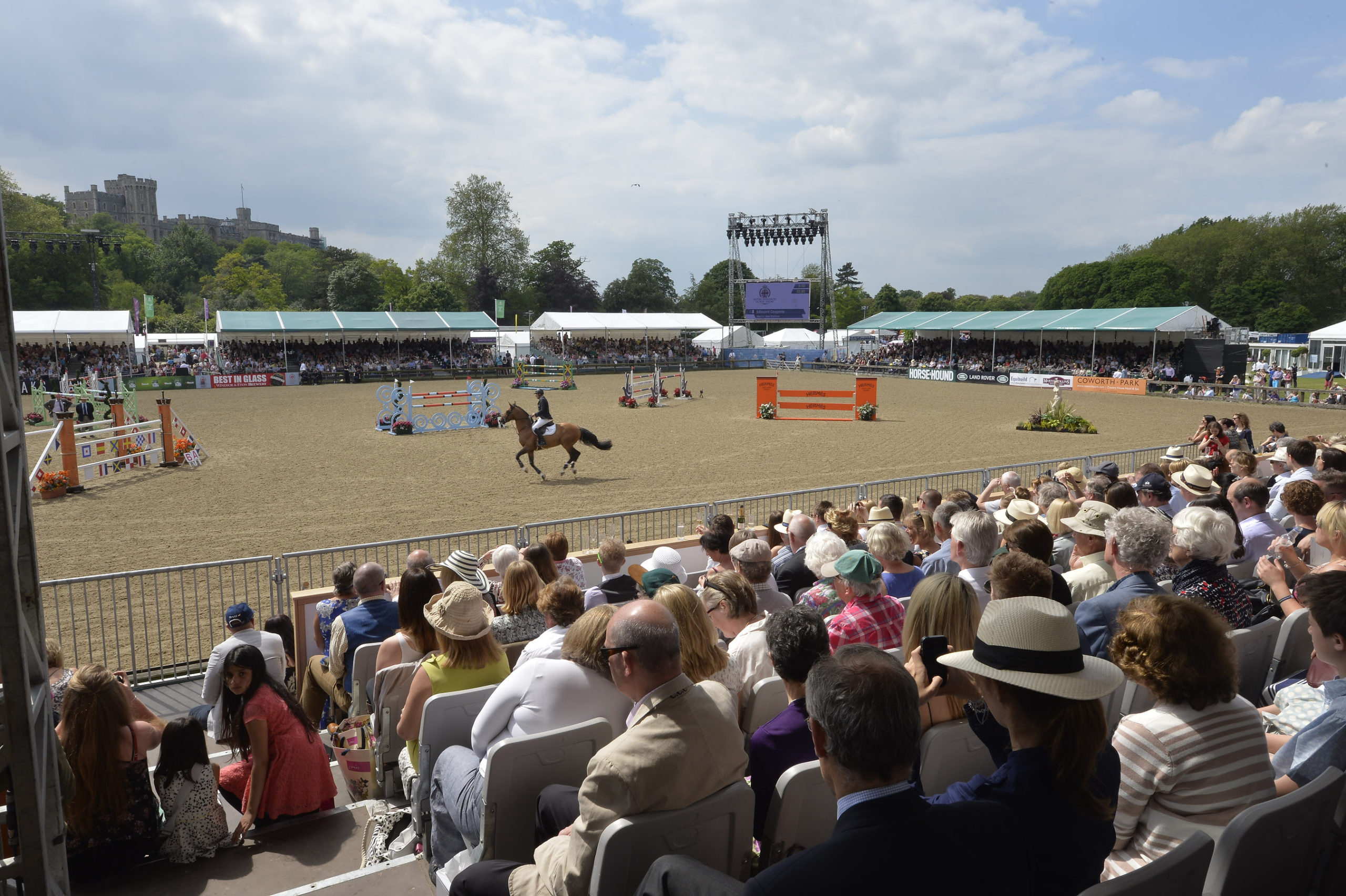 You name it, Royal Windsor has it. After a year hiatus, the U.K.’s largest outdoor horse show has returned, with the private doors of Windsor Castle (yes, that Windsor Castle) reopening to host five equestrian disciplines (and much, much more).

If it’s not already there, put attending this event on your bucket list. This writer has been so very close (but, you know, a global pandemic and international travel costs got in the way), but I’m determined to get there soon. The good news is, for now, if you are located in North America, you can all watch wall-to-wall coverage, right here at Horse Network!

The highlight class, of course, will be Sunday’s CSI5* Rolex Grand Prix. But in the interim, don’t miss out on these other events:

There’s going to be some real fireworks on opening day (it is Fourth of July weekend here in the States, after all), culminating with the musical ride and musical drive performed, respectively, by the Household Cavalry Mounted Regiment and the Royal Horse Artillery. The performance is sure to be an absolute spectacle and will get underway before sunset, at 7:20 p.m. BST, during RWHS’ “Champagne Evening” session.

The morning events feature NAF Five Star Working Hunter divisions. Let’s just say, these aren’t the hunters you’re used to seeing in the U.S. (cliffhanger). They are reminiscent of the hunt—and quite exciting to watch!

The Land Rover Shetland Pony Grand National is also a fan favorite, and if you like the Shetland Pony races at the Washington International Horse Show, you won’t want to miss these young children and their fearless, furry, and quick-footed steeds. Last up: after a 12-year hiatus, the Puissance returns to the Royal Windsor lineup at 6:35 p.m. BST.

CSI competition kicks off Friday with the Manama Speed Stakes (2:10 p.m. BST) and the Pearl Stakes (5:35 p.m. BST), which should give viewers a strong preview of Sunday’s grand prix.

The lineup of international show jumping athletes is an absolute blockbuster. Seven of the top 10 riders on the Longines World Jumping Rankings will be present at Royal Windsor, including Steve Guerdat (No. 2), Martin Fuchs (No. 3), Ben Maher (No. 4), Kent Farrington (No. 5), Scott Brash (No. 6), Peder Fredricson (No. 7) and McLain Ward (No. 9). They’ll be challenged by the reigning Rolex Grand Prix Champion, Henrick von Eckermann, and British show jumping legend, John Whitaker, among others.

Hunters will have their Championship earlier in the day, just before 1 p.m. BST, and the DAKS Pony Club Mounted Games will happen at 4:05 p.m. BST.

The day begins with a most unique event—the Land Rover Services Team Jumping—which takes the Olympic discipline of show jumping back to its roots, when only the cavalry was eligible to compete. This two-phase competition is open to all serving Officers and Other Ranks of the U.K. Armed Forces, Police Force, and members of the Cadet Forces. Check it out at 8:45 a.m. BST and 2:40 p.m. BST.

The prestigious CSI5* Kingdom of Bahrain Stakes for the King’s Cup is the highlight of the show jumping program, getting underway at 6:00 p.m. BST.

You’ll see the World No. 1 on Sunday—in the sport of driving. Boyd Exell leads the lineup in CAIO4* competition. The five-time World Four-in-Hand Champion and nine-time FEI World Cup™ Driving Champion is set for the CAIO4* Land Rover International Driving Grand Prix, which will get underway at 4:40 p.m. BST.

Before then, treat yourself to the CSI5* Rolex Grand Prix, which is scheduled for Sunday at 2:30 p.m. BST. Just make sure that’s not the only thing you watch from this one-of-a-kind horse show.

Pour yourself a cup of tea and enjoy the Royal Windsor Horse Show!