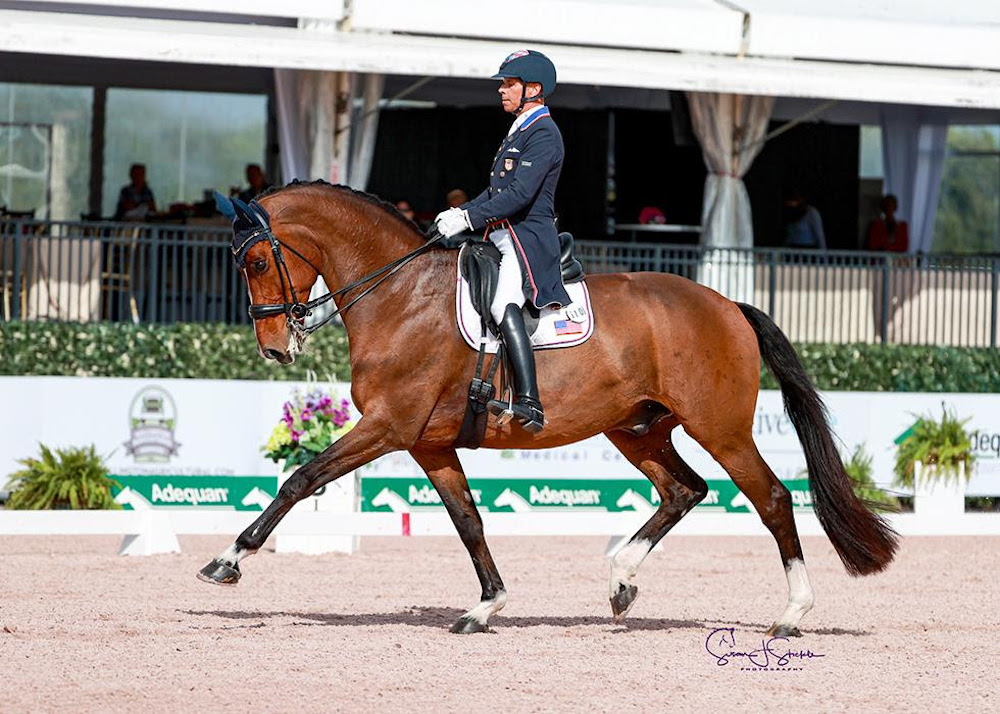 Steffen Peters (USA) and his long time partner Suppenkasper are heading into this week’s Olympic dressage team observation event on the back of 21 straight international Grand Prix wins, including four at 5* level.

The pair have not tasted defeat since the CDIO in Aachen, Germany in 2019 where they finished out of the top ten in the individual classifications. Prior to that, they helped the USA to a World Equestrian Games Team Silver at Tryon in 2018.

Thirteen-year-old Suppenkasper and his rider, Peters, are hotly tipped to add to that total this week and be the first confirmed dressage team members for the Tokyo Olympics. But what does this streak mean in the scheme of their potential medal chances in Japan and against other equestrian winning runs?

Because of the obvious, Peters and his horse have been unable to compete abroad, so these victories have all come on home soil against a similar set of riders. Fifteen of their wins have taken place at Wellington in Florida, which may be partially due to a horse or rider preference for that venue, which often makes for a more relaxed and pleasing test. The scores have been consistent in the 70–80% range, only exceeding that upper limit on three occasions.

It is still, as far as this author can establish, a record not surpassed by any U.S. horse in any of the three Olympic disciplines. Staying in the U.S. means that the pair have had limited opposition, but it’s still a feat that speaks to incredible consistency.

It’s also one they’ll be hard pressed to hold onto in Tokyo. If the pair makes it to the Games streak intact, there are two riders likely to end it!

Germany’s Isabell Werth likely holds the record for longest winning streak with 16 straight victories on Don Johnson in 2016/17. Those wins were nearly all at 5* shows, but nevertheless pale in comparison to her current exploits. Werth has put together a string of 48 performances at Grand Prix on her superstar mare Weihegold OLD, where they have been first or second. Mostly first. Forty times first…

And then there is British rider Charlotte Dujardin. She was only out of the top two once in 50 International Grand Prix on Valegro, but it took her twice as long to do it as her arch rival Werth. “Blueberry,” as he is affectionately known, is now retired. His replacement as Dujardin’s top horse has been filled by Mount St John Freestyle, who has only competed in 27 FEI ranked classes—and won 19 of them!

Both of these ladies were competing consistently against the best in the world, as well as each other, which makes their records even more astonishing. For Peters, it means that the USA’s best Grand Prix dressage win streak is likely to end in Japan. But it won’t be without a fight.