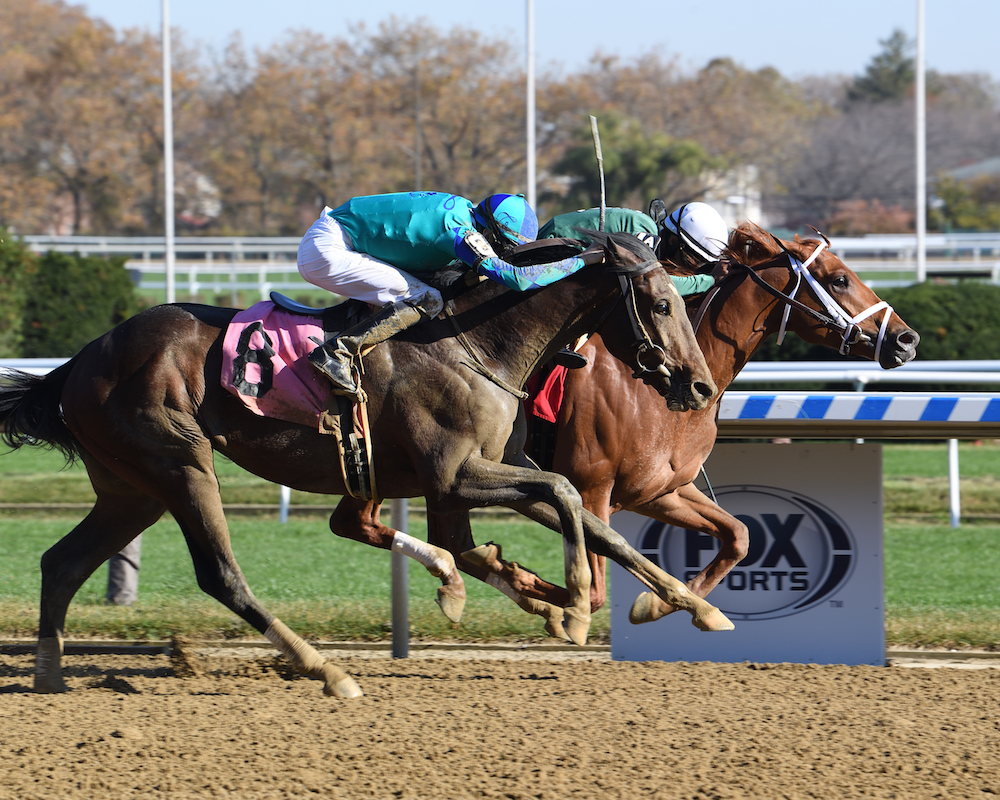 Three-time consecutive Eclipse Award-winning jockey Irad Ortiz, Jr. will miss his ride on Known Agenda in Saturday’s Belmont Stakes (G1) and will not ride for an estimated two weeks after being thrown to the main dirt track by his mount, Equal Pay, in the fifth race on Thursday, June 3 at Belmont Park reports his agent, Steven Rushing.

Rushing said on June 4, “the CT scan and X-rays were all negative. (Irad) has some stitches in his head and his arm. Pretty sore and banged up, and we’re gonna take it day by day, but it’s probably going to be a couple weeks” before he returns.

The jockey was unseated after Equal Pay took several awkward steps during a 6 1/2-furlong maiden race for trainer Chad Brown. Trailing horses avoided trampling the fallen rider as he lay on the track, though one horse, Brook’s Edge, was noted by Equibase to have “altered and clipped a fallen” Ortiz at the three-sixteenths pole.

A filly owned by Klaravich Stables, Equal Pay regained her footing and completed the race apparently uninjured.  She was caught by an outrider and walked back to her barn, according to New York Racing Association media relations.

Ortiz was scheduled to ride for Brown and trainer Todd Pletcher in 12 stakes races over the next two weeks. There is no word yet on replacement riders.