Ingrid Klimke Injured, Is Out of Olympic Contention 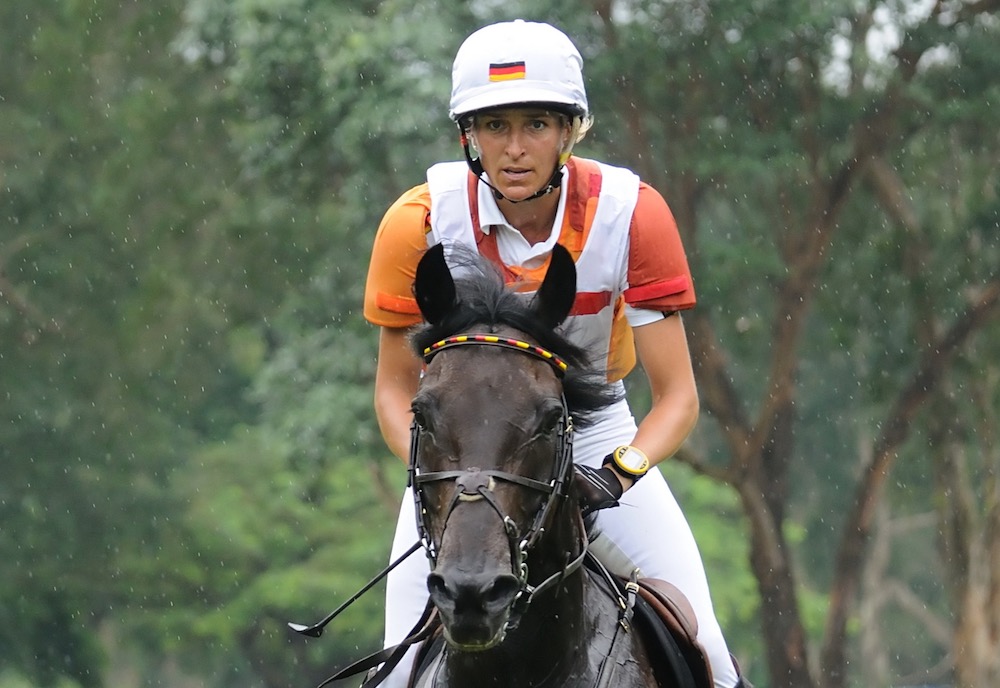 It has been almost 20 years since a German championship event team competed anywhere without Ingrid Klimke, but that is the news from Europe today, when the dual European Champion announced on her Facebook page that there was no chance she would recover from a “serious chest injury” in time to make the Tokyo Olympic Games, set to start in a few weeks.

On the weekend, Klimke had been competing at a 3*/4* star event in Baborowko, Poland. She was leading the 4* contest on her Olympic ride SAP Hale Bob after dressage and cross country. But a fall in the preceding 3*, from last year’s World Champion 6-Year-Old Cascamara forced her to withdraw. Initially the injury to Klimke was thought only to be bruising and a cracked rib but upon further investigation, it turned out to be much worse, requiring immediate surgery. The horse was unhurt.

In her Facebook post, Klimke wrote, “The operation in Münster went well and now I need rest and time to heal. I am very sad that my biggest dream—to take part in my sixth Olympic Games—has come to an end.

“Defending our title at the European Championships in September is our next big goal!”

Although a blow to their chances of winning in Tokyo, the German selectors will no doubt be able to choose a strong team when they make their final selections for the Games after CCI5* Luhmuhlen, which begins in three weeks.

As well as being the reigning European Champion, Klimke is also the current individual Olympic silver medalist and World Equestrian Games bronze medalist, all titles won on SAP Hale Bob.