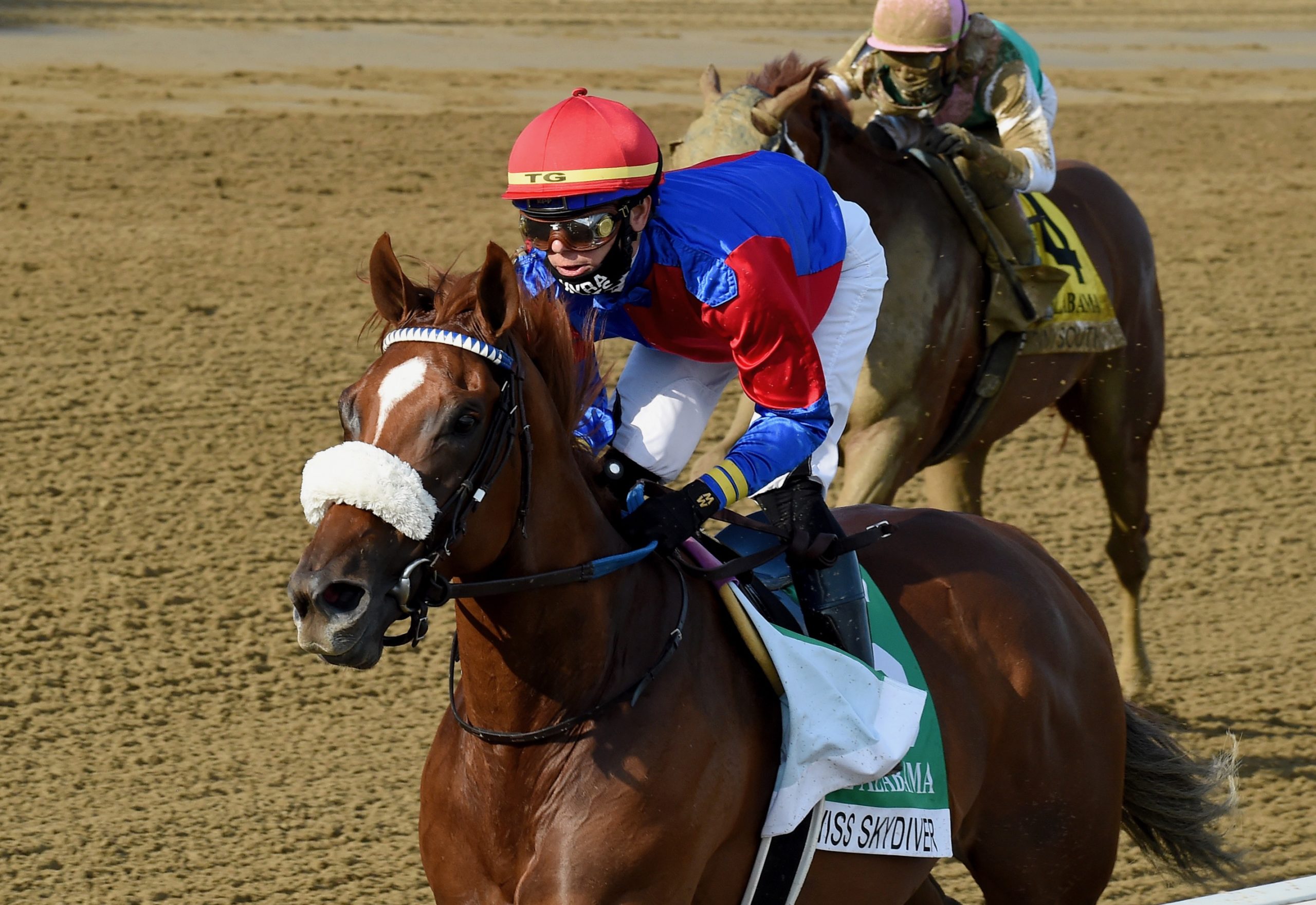 As important and intriguing as is Saturday’s Belmont 153, the undercard also features the Ogden Phipps (G1). That race comes with a “Win and You’re In” automatic berth in the Breeders’ Cup Distaff (G1) at Del Mar.

Swiss Skydiver returned to the track Mar. 13 for a 2 3/4-length’s win in the Beholder Mile (G1) at Santa Anita.

“Unfortunately, Swiss Skydiver had a 104-degree fever this morning. We are a scratch,” McPeek Tweeted. “We’ve treated her to knock down the fever and will regroup later in the season.

“It’s unfortunate, but it’s just one of those things in racing,” McPeek said in the video accompanying his Tweet.

Unfortunately Swiss Skydiver had a 104 fever this morning. We are a scratch. We’ve treated her to knock down the fever and will regroup later in the season. Never easy. pic.twitter.com/B3jJBKcKNX

Swiss Skydiver found her appetite in a small patch of clover. I think the overnight van ride stressed her. Shame she couldn’t fly due to Tex Sutton grounded. #everythinghappensforareason pic.twitter.com/Vw1Fdki0q0

Swiss Skydiver is the second horse to be scratched from the $500,000 contest. Valiance was scratched Thursday by trainer Todd Pletcher, also following the onset of a fever.

That leaves Letruska as the favorite. The little-known, mostly Mexican-raced, mare was a surprise nose winner over current Eclipse Award-winning Older Female Monomoy Girl in the Apr. 17 Apple Blossom (G1), a race that saw Swiss Skydiver a far-behind third.

The scratch of Swiss Skydiver and Valiance leaves a field of only five, with the three remaining contenders Queen Nekia, Water White, both at 30-1 and Bonny South at 10-1 taking on prohibitive favorites Letruska and Shedaresthedevil.