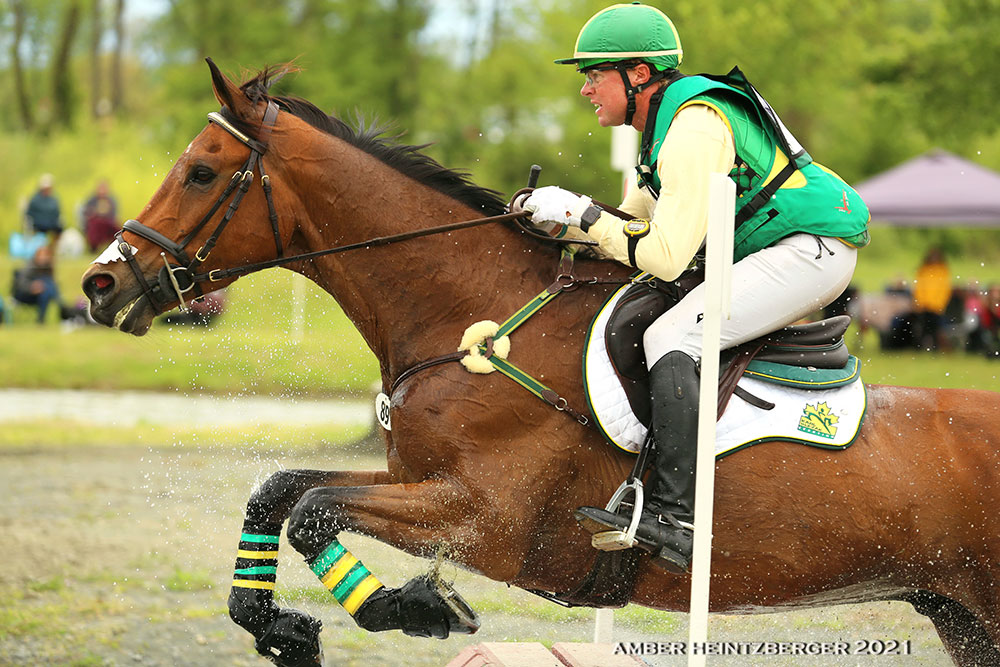 Just two individual places are available for Canadian event riders at the upcoming summer Olympic Games, with a rapidly approaching selection deadline of June 21 in place—the date of nominated entries. Results from all FEI four- and five-star events during the selection period are being considered, making Jersey Fresh one of two remaining observation events in North America before Canada’s representatives are named.

Slezak and Loach were the highest-placing Canadian riders at Jersey Fresh, with both cracking the top 10 in the event won by the USA’s Boyd Martin and Luke 140. Slezak and the 12-year-old Irish Sport Horse gelding Fernhill Wishes finished just out of the money in sixth place on a score of 42.0 penalty points. The pair put in a clean cross-country run, but two rails in the jumping phase brought their total up from their dressage score of 29.6 penalties. This pair made its first championship appearance at the 2019 Pan American Games in Lima, Peru, where they contributed to a team bronze medal for Canada.

Loach has more championship experience, having represented Canada at the 2018 World Equestrian Games (Tryon, NC) and 2016 Olympics (Rio de Janeiro, Brazil) in addition to the same 2019 Pan Ams (and another bronze medal-worthy appearance in 2015). She and Peter Barry’s nine-year-old Hanoverian gelding Vermont finished just inside the top 10 at Jersey Fresh, two weeks after earning fourth honors in the inaugural CCI4*-S at Kentucky. Consistency has been this pair’s strength over the course of the last year; they have not recorded any cross-country penalties in 2020 and 2021.

Should she be selected, Loach hopes to compete Qorry Blue D’argouges in Tokyo. The 17-year-old Selle Francais gelding was Loach’s mount at both Tryon and Rio.

“Qorry will probably retire after one more season so if he got to go to the Olympics this year, it would be icing on the cake,” Loach told Equestrian Canada.

A fourth Canadian, Kyle Carter, cracked the top 20 with the 12-year-old Trakehner mare, Reddy or Not.

“I am very proud of the Canadian performances this spring,” said EC Eventing Manager Fleur Tipton. “I am confident whomever is selected to represent Canada at the Olympics will put forward a personal best result.”