Crossing the Line Is Your #MustRead of the Summer 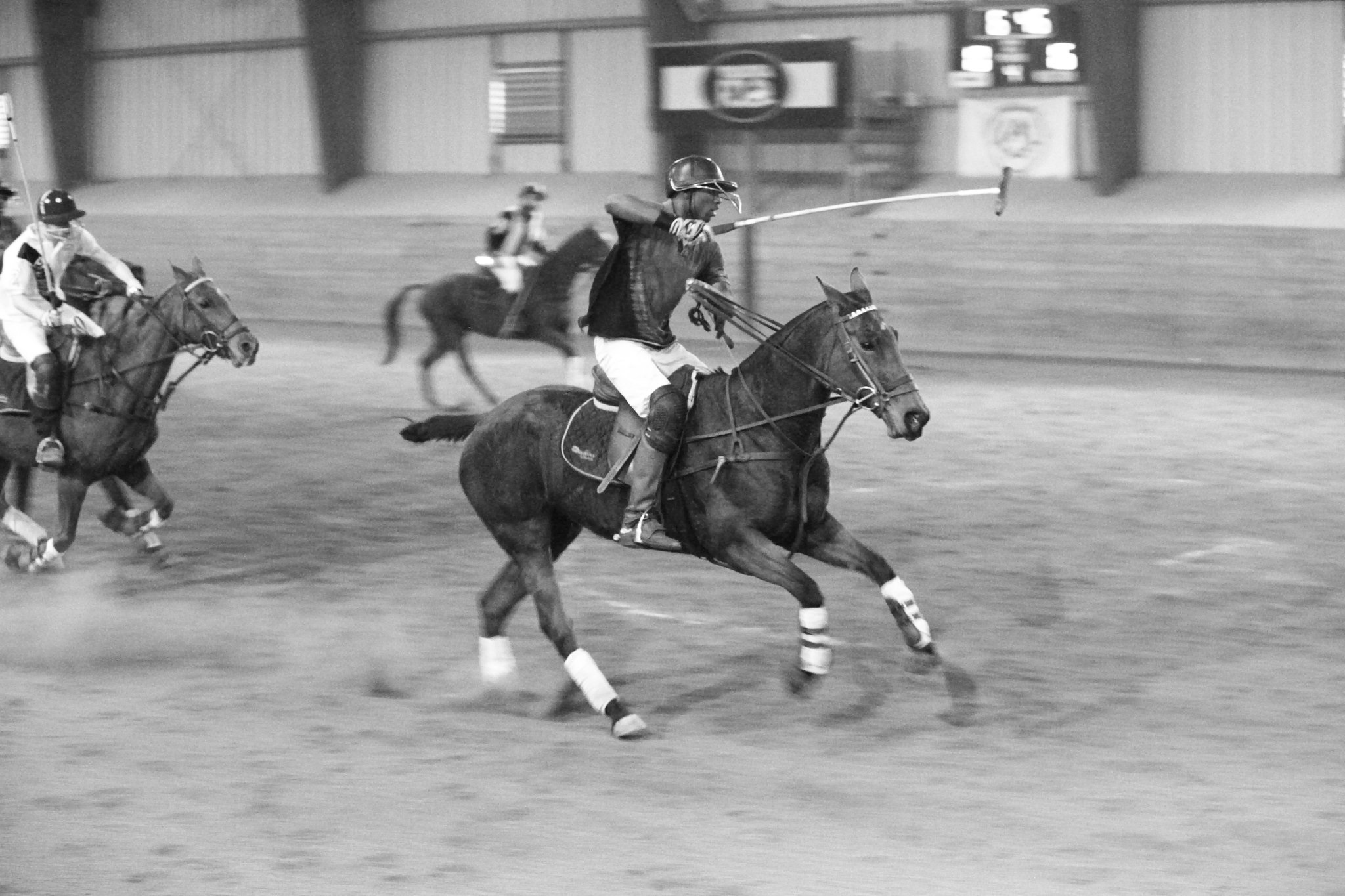 Polo Player Kareem Rosser’s memoir Crossing the Line is dedicated to “all the victims of gun violence, my late brother David Rosser, and my dearest friend Mecca.”

Like Kareem, David and Mecca loved horses and polo and rode like they were born in the saddle. All three lived in The Bottom, a Philadelphia neighborhood ravaged by crime, disinvestment, drugs, and poverty. All three rode for Work to Ride, a non-profit that still gives youth in the community a safe place to ride horses and grow into themselves.

Yet David and Mecca both died from gun violence, Kareem did not.

Instead, through a harrowing set of triumphs and backslides, he went on to captain the very first all-black polo team to ever win an Interscholastic Polo Championship.

Crossing the Line: A Fearless Team of  Brothers and the Sport That Changed Their Lives Forever may be told from Rosser’s perspective, but it is not just his story. It is the story of his brothers, his trainer Lezlie Hiner, his horse Cholo and all the other people and equines who came along the way. All six of his siblings play a role, including Daymar, nicknamed Greb, the youngest brother of the Rosser clan, who goes on to the championship with Kareem.

After high school, Kareem would go on to lead his university Polo team to a national championship, and even to model for Ralph Lauren. The memoir, however, is contained within his childhood and teenage years.

The Rosser’s foray into horses begins one afternoon when the two eldest brothers, still in their preteens with Kareem trailing behind, tripped over Work to Ride while out on their bicycles. Desperate to be in the barn, they began doing chores and keeping up their grades in order to ride. Kareem, unlike his brothers, was cautious and quiet, even around horses. But when Lezlie Hiner put a mallet in his hand for the first time, he fell head over heels in love with the sport of polo.

Crossing the Line is reflective, vulnerable and immersive. From humans to horses each character is cast with deep complexity. This includes Cholo, an off the track Thoroughbred who Kareem grooms into a sleek polo pony. Cholo, described as a “Labrador retriever in a horse’s body,” offers Kareem a quiet, unconditional love in away that was hard to find in his childhood. Like many former racehorses, however, Cholo arrives with no understanding of “brakes” and only knows how to turn left.

The settings too are wonderfully vivid. Kareem’s polo life takes him away from The Bottom, and into the lush polo fields and horse farms around the east coast. After the Work to Ride Team plays against Valley Forge Military, two of the opposing players recruit Kareem and offer a scholarship to the school.

The chapters about Valley Forge are masterfully written, due to their duality. On one hand, this private education offered Kareem a consistency and structure he had not yet had. It is also lush and green and a place where he strikes up friendships across the school. On the other, it is a place where Kareem is bullied and isolated. The push and pull between his new life as a polo playing cadet and his old life as a kid from The Bottom vibrate with piercing honesty.

There is a wonderful clarity to Rosser’s narrative. Despite his mother’s struggle with addiction, and his brother’s incarcerations, Rosser never passes judgment on them or himself, instead letting their actions play across the page unhindered. Then he reflects on how those things shaped him.

Lasty, Crossing the Line is a book that exemplifies how horses can heal us and offer us a bridge to a life we never dreamed of. After a stint without horses at Valley Forge, Kareem starts having crippling panic attacks that subside as quickly as they came once he starts riding regularly again. When asked by a sponsor why he still insisted on playing polo, he responds, “It saved my life, I thought, more than once.”

Crossing the Line: A Fearless Team of Brothers and the Sport that Changed Their Lives Forever is an HN Reads feature title! Watch author Kareem Rosser’s live Q&A with host Gretchen Lida here: