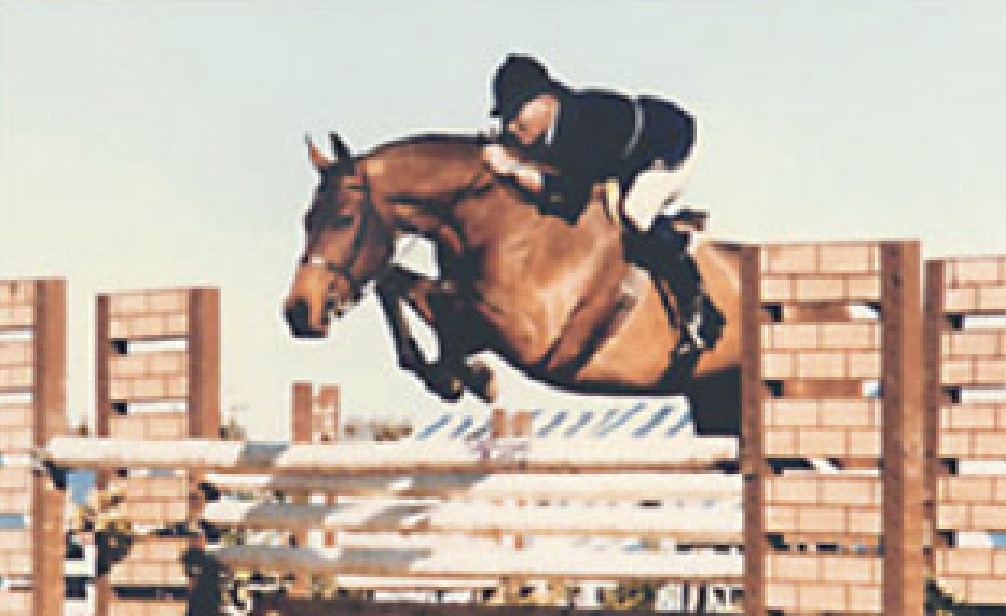 Upon leaving the Marines at the end of World War II, Dave Kelley became a frequent winner in hunter and jumper compe­titions.

He is believed to hold the record for most number of years winning at the National Horse Show where he competed every year but three from 1945–1989.

In 1965, Kelley was named AHSA “Horseman of the Year.” In all, he won 17 Horse of the Year awards, an honor most horsemen would be proud to win just once.

Kelley showed the legendary jumper, Andante, to the Horse of the Year award in 1953, 1954, and 1956. Demonstrative of his nature as a true sportsman, he passed up the chance for the award in 1955 to show Bedford to the award for injured rival Joe Green. Some years later, he similarly helped Harry de Leyer when he showed Snowman while Harry was hospitalized.

Kelley won one of this country’s first Grandprix events riding High Frontier to victory in Oak Brook, Illinois in 1965. He also won the first big money event in Florida, taking first place on Windsor Castle in the $10,000 Orange Juice Stake in Winter Haven in the mid-196os. He repeated his win the next year on Sure Thing.

The list of horses trained or shown by Kelley include such legendary names as Andante, Up in Smoke, Among the Stars, Gray Aero, Little David, The Angel, Tourist’s Encore and Sir Thompson, which sired many champions. Kelley also showed Tomboy and Salem, both of which he owned before selling them to Mary Mairs Chapot and Carol Hoffman Thompson, respectively.