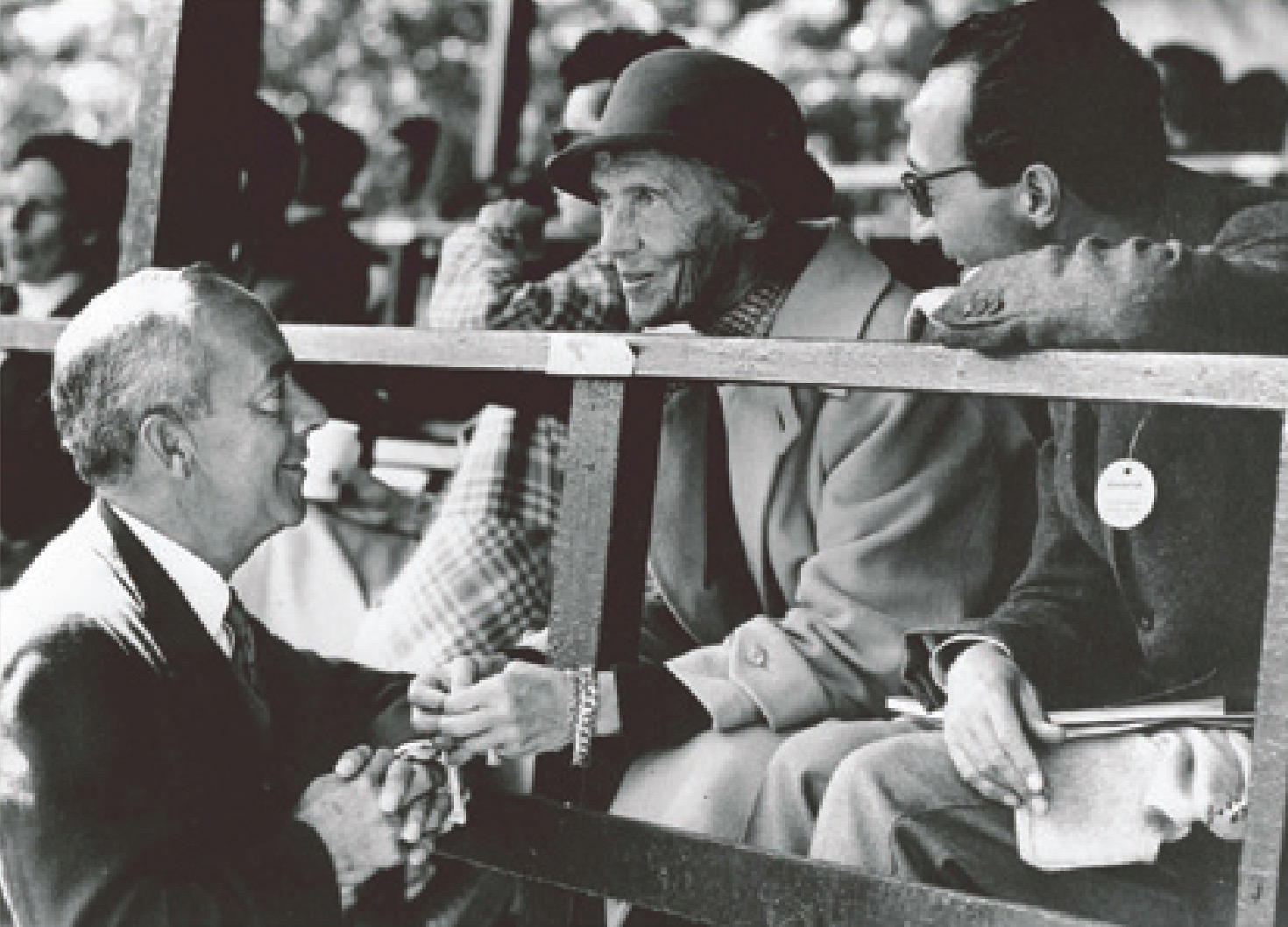 In the early days of the twentieth century, “Eleo” Sears was known as one of the country’s greatest female athletes.

A great-great-granddaughter of Thomas Jefferson and member of a socially prominent Boston family, she excelled in conventional sports such as tennis and squash, and won numerous national championships.

Her less conventional athletic pursuits, such as boxing, playing football, and her customary walks of forty-four miles from Boston to Providence, brought her great public attention. In addition, Sears was a crack shot, drove cars in the first days of the automobile, sailed yachts with championship skill, and was among the first women to fly in an airplane.

Sears also made news in the horse world. During much of her adult life, she spent several hours a day in the saddle, one of the first women to brave notoriety for riding astride and in trousers. She won a Quarter Horse race in San Diego in 1912. She also played polo, drove a four-in-hand, and maintained a Thoroughbred racing stable until her death in 1968.

As an owner and rider, Sears achieved prominence in the show ring, competing successfully for nearly fifty years at The National Horse Show and other events. Among the many champion hunters she owned were Reno, Sidonia, Pike’s Peak, Among the Stars, and Up In Smoke.

Sears made a lasting mark as an early and consistent supporter of the United States Equestrian Team (USET). She lent several top horses to the USET for international competition, including Ksar D’Esprit and Diamant, who were ridden by Bill Steinkraus and Frank Chapot.

Eleo Sears was one of the first to be inducted into The National Horse Show Foundation Hall of Fame.