Daniel Deusser Is “on a Different Level” 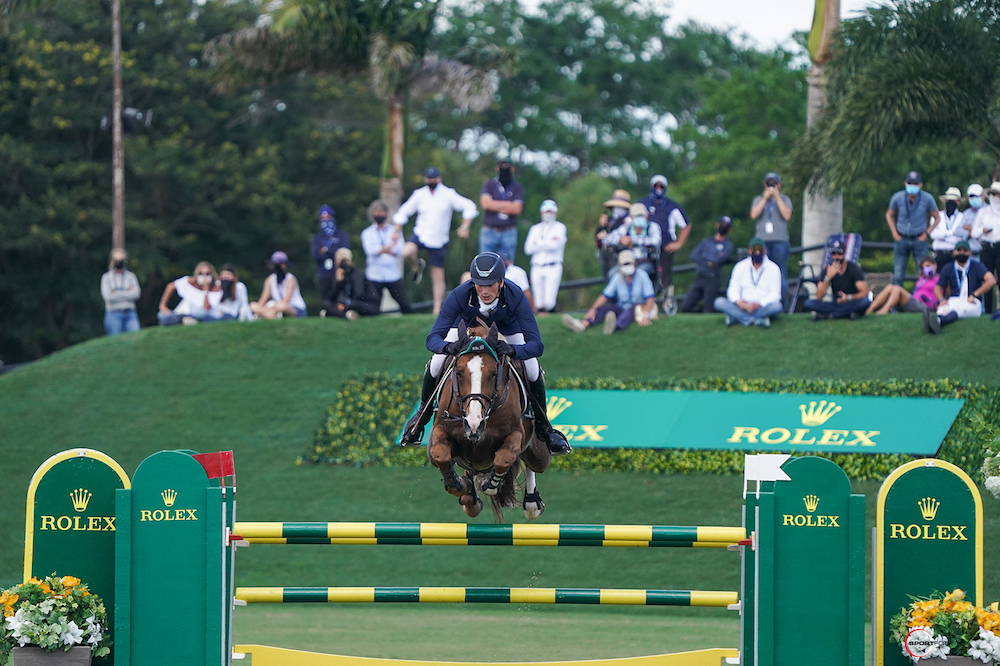 He’s leaving with the biggest purse of the winter season and a win streak unrivaled since Ben Maher (GBR) dominated Florida’s winter circuit in 2014 with eight wins—two Grand Prix and two World Cup classes (Wellington and Ocala), among them.

With one week of competition still to go, Deusser has logged seven wins at WEF so far. Those include four CSI5* victories and three major grand prix wins. Deusser won the $214,000 Marshall & Sterling Grand Prix CSI4* with Killer Queen VDM on Week 4 and the $214,000 Grand Prix CSIO4* with Scuderia 1918 Tobago Z on Week 8. On Saturday, he and 13-year-old Zangersheide stallion added the $500,000 Rolex Grand Prix CSI5* to that record.

Second place finisher Daniel Bluman, who came less than two-tenths of a second behind aboard Gemma W, summed up the result best:

“I’m not going to say that I’m surprised that Daniel beat me,” smiled the Israeli rider. “He is a little bit of a pain for us when he shows up, because he is just on a different level. You have to say it how it is; we have to keep working to be able to ride the way that he rides. I am extremely happy with the result anyway. I thought Gemma was amazing.”

Forty riders contested the feature event of the WEF circuit on the grass Derby Field at Equestrian Village. Eight pairs posted clear first round efforts to advance to the jump-off.

Harrie Smolders (NED) and Bingo du Parc paved the way to the first double clear, setting the time to beat at 36.74 seconds—it would hold up for third place. Bluman knocked two tenths of a second off (36.54) for runner up position.

Last to go, Deusser and his long time partner “Toby” claimed a narrow victory, stopping the timers at 36.40.

“Tobago has been my best horse for years,” said Deusser. “He has won many grand prix, and also he really likes big grass arenas. He was in very, very good shape already the last couple of weeks here. That doesn’t necessarily mean he wins today, but he kept his form and he performed great. It was a little bit in my favor today that I had to start second to last in the first round and last in the jump-off. I knew exactly what I had to do. And in the end, I have to say once it works out and the horse jumps how he jumps, it was not too difficult.”

“He actually came back better than before,” said Deusser. “These couple of weeks here at WEF have given the horse a lot of strength again. Hopefully he stays exactly in that form, and I’m really looking forward to a great rest of season.”

International riders have won all but two of the Grand Prix classes at WEF in 2021, sweeping the podium most weeks. The fastest time in Saturday’s Grand Prix, however, went to USA’s McLain Ward and Contagious (34.94)—a costly rail in the ‘b’ element of the Rolex double combination relegated them to fourth place.