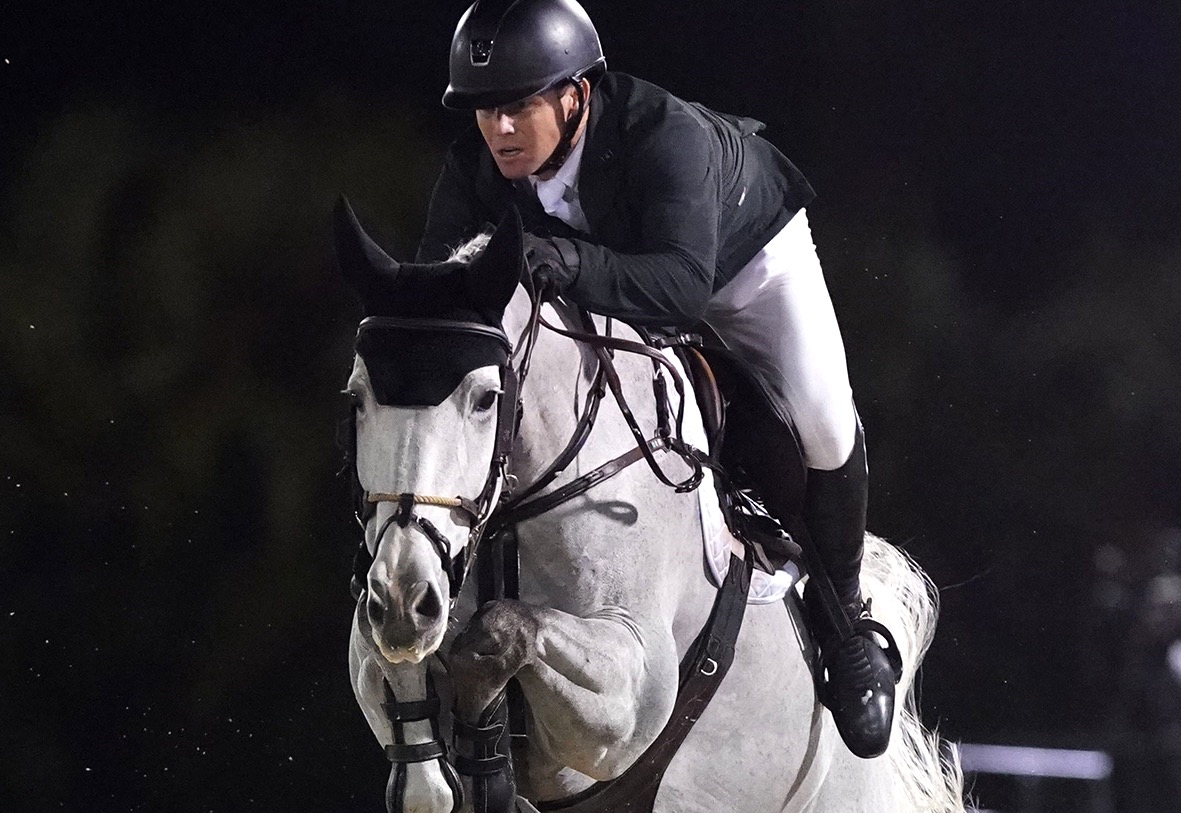 “At the start of [the Winter Equestrian Festival] circuit, I blew the three-star under the lights,” said Shane Sweetnam (IRL).

“I was too far off the last fence, so I was mad at myself. It wasn’t really [my horse Alejandro’s] fault.”

It was a win two years in the making.

When Sweetnam took over the ride on the 12-year-old Rheinländer gelding previously campaigned by Andrea Torres (COL), the horse had never jumped an international class over 1.45m.

“I got him when he was quite green and raw, and we have built a great relationship,” shared Sweetnam.

The pair made their FEI debut in a 5* at WEF in February of 2019, finishing the week with a double clear and a third place finish in a 1.50m class. That year, they went on to collect a slew of top five 5* finishes, including a third in the Global Champions Tour (GCT) Hamburg, a double clear in the Nations Cup in Sopot, and second in the GCT London Grand Prix—all 1.60m classes.

But after the COVID-19 shortened season of 2020, it wasn’t until Saturday night at WEF that Sweetnam and Alejandro scored their first individual victory to date, a 5* no less.

Last to go a nine-way jump off against a stacked field, the pair chased the times of Devin Ryan (USA) and his 2018 World Equestrian Games team gold medal winning mount Eddie Blue (38.74 seconds) and World #2 Martin Fuchs (SUI) and his 2018 WEG individual silver medalist mount, Clooney 51, (37.16 seconds). Setting a forward pace from the start and galloping to the final oxer, they landed clear in 37.03 seconds to ride away with victory—and the lion’s share of the $401,000 purse.

“Obviously Clooney is one of the best horses in the world, and I watched Devin who rode at the start and saw his numbers, so I just thought about having a good rhythm from the start and I tried to do the same as Devin,” said Sweetnam of his jump-off plan.

“I have a very quick horse, and he’s quick in the air. It was very close at the end, so you had to have a bit of luck to get there and it happened today.”