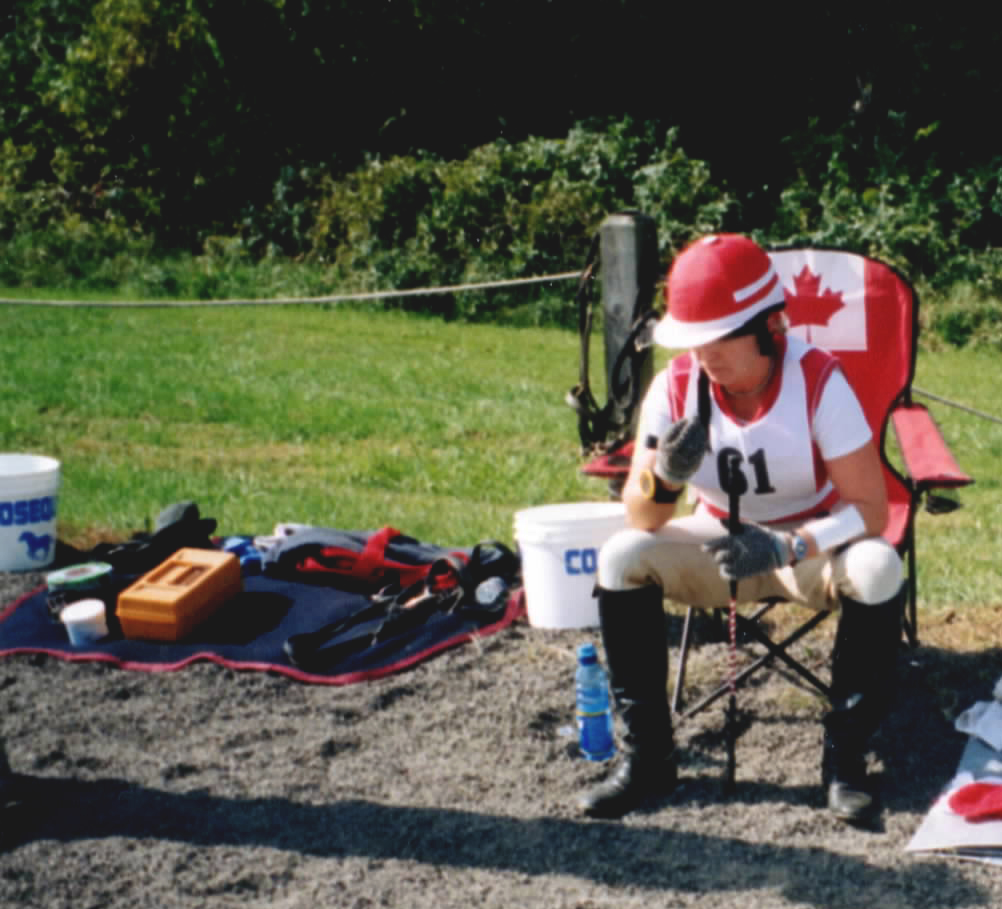 I have come to recognize that when I’m nervous I’m compelled to discuss it—with anyone, whoever you may be.

My high level of nervousness tends to surprise people who don’t know me well. Outwardly, I don’t look like the sort of person to get nervous. I come across, or so I’m told, as confident and unlikely to get mugged.

And while a mugger may not take a chance on snatching my purse due to my purposeful step, even he would be surprised to see me unravel the way I do.

It’s said that change begins at the end of your comfort zone. They say this, I assume, so we understand our discomfort and endless need for the toilet when faced with a task that has us yearning for something banal, like vacuuming.

On summer break between my last two semesters of my journalism degree, I was offered a job photographing the Grand Prix showjumping classes that were part of a world tour. The show was local to me, but the job was foreign. The payment seemed large and was doled out in a European currency. I was starting at the top, which left only one direction to travel should things go wrong. I said yes, of course, and a sense of disquiet overtook me.

I was sent the brief a few weeks before the Grand Prix and read over it with a yellow highlighter in hand. Up until this point, a brief was something I had only heard about in school, and now before me sat four serious, if not stern, pages of what was expected of me.

Horses, photography and journalism; my dream job, but as the day of the show drew near, my anxiety about my first “on-assignment” gig mounted and my comfort zone faded. I was secretly willing something to happen, anything, that would prevent me from doing this job. A broken arm perhaps, or a bout of the flu. “Sorry, my hands are tied,” I could say. “I’m unable to overcome this hurdle.”

I thought about my university classmates and how brave they were. They were 20 years my junior and I marveled at their tenacious attitude toward life. I gathered that at 40 I knew too much about how tricky and unfair life can be. I longed for their eagerness and hutzpah. They took the bull by the horns and got on with it. I was my own worst enemy, overthinking essays, presentations and pretty much anything that was asked of me that was graded or required the class to comment.

I was too old to fail and there was no time to repeat classes if I wanted to graduate before I turned 45. I spent a lot of time in school thinking about my good old eventing days. A time when I knew what I was doing. It was a world I understood and now with this looming photographic assignment, I longed to return to that comfort zone.

But the more I thought about my eventing days the more I realized I was a frazzled wreck back then as well. “To a ridiculous extent,” a friend was kind enough to remind me.

I worried about dressage and showjumping but that was your basic contemplative, speculative type of unease. The concern over my years of lessons and training slowly unraveling in front of judges and onlookers. Those phases were measured and calculated and though the margin of error shrank as I moved up the levels, the worry of tracking left rather than right or plowing down the entire show jump course are your basic run of the mill nerves that all good competitors revel in.

Cross-country was the granddaddy of talkative mayhem for me and this, I am not too ashamed to admit, had the potential to start before I entered the event. Competing on the same circuit for years allowed me to see future cross-country jumps, allowing plenty of time to pick one or two fences and begin stressing about them as soon as I knew I was upgrading.

As the days to the event drew closer, I would zero my fear onto one fence. I’d make sure to tell everyone about the ditch and wall and go as far as asking, “Have you seen it? Have you jumped it? How horrible was it? Do you think I can do it? I hope I can do it.”

If you had the misfortune to walk the cross-country course with my coach and me, you would probably want to punch me in the mouth. It was an endless stream of, “How wide is that do you think?” “What the actual…!” “Wow! That’s a long way down.” “A bounce? Out of water?” “A bounce? Into water?” “I don’t know man.” “So, we are supposed to jump that, then to that? Off that turn?” “A gaping oxer off that long straight away?” “Yikes.”

My coach tuned me out years ago, but newcomers gave me a wide birth and questionable glances and were often compelled to ask, “Are you sure you should be doing this?”

A question I often asked myself.

But somehow, through all my years of eventing, I was unaware of how vocal I was about cross-country and why I felt everyone needed to hear about it. I suppose I thought the other competitors didn’t look worried enough, and with my help, I could get them there.

Now, some years later I found myself faced with a different task that was met with the same outward stream of fear and concern.

It was when I was discussing the brief with the lady who had hired me that I recognized this talkative anxiety-driven trait of mine. I willed myself to stop but I couldn’t. I just kept rambling on about how nervous I was and how I didn’t want to mess up. I tried, with desperation, to impart that I knew horses and that I had evented and groomed to the highest of levels. I went on about being a journalism student and this was a new and exciting endeavour for me. I suggested she not worry and should ignore my words.

What I needed to do was shut up and trust myself.

I was spiraling, sounding contradictory and coming across as delusional. It was unclear how she felt about me, but I was comforted knowing there was no time for her to find a replacement. She had to roll the dice.

This isn’t a favorite trait of mine, but it’s a cross I have to bear. I’m a talker but I’m also a doer and a tryer. My unwavering worry makes me think, plan and prepare for the unexpected and at the end of the day, I’m successful. I may not have won my division and I’m still waiting for Getty to contact me, but I’m alive and happy doing what I love, in spite of and because of my nervous chatter.

I suspect we all have our own idiosyncratic way of dealing with our stress-inducing aspirations in this equestrian realm we choose to live, but as long as determination sits behind our bottomless pit of nerves, we will succeed.