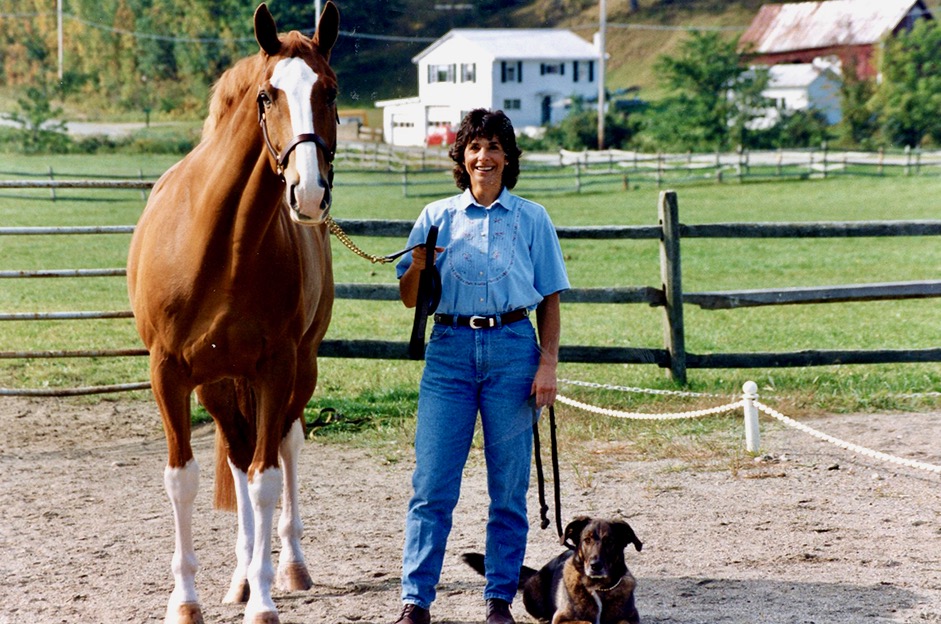 In recent days, there have been many, well-deserved tributes to Jane Savoie by some of the most revered names in equestrian competition.

And now there’s this one from me, a former low-level competitor in jumpers and local level eventing.

No one knows my name from my equestrian accomplishments, save for a few friends, trainers and co-competitors. Maybe a few vaguely knew me from my occasional contributions on these pages. But really I’m just one of many amateur riders who juggles life and job and responsibilities to be able to participate in a sport that we love.

Nonetheless, Jane Savoie was one of my closest friends in the horse world, though we had never met face to face. I can say that honestly because she had that unique way of making a struggling middle-aged horseman like myself feel just as important as the world class riders who were her peers.

Through her many accomplishments, Jane had earned the right to carry a huge ego. But instead, through her willingness to share her insecurities, frustrations and defeats, as well as her triumphs, she projected a humility that allowed her to communicate wisdom with ease and grace—in a way that I could process intently.

Jane personally read and replied to every message I ever sent her, even while battling the disease that ultimately took her from us. She made me feel like I was an important part of the horse world that we occupied very different facets of. Her ability to relate to the struggles of the average rider and share how she conquered her fears changed my competitive life.

I will miss our conversations, but not her inspiration because I will continue to be inspired by her for the rest of my days. Using Jane’s words, I now know that it is the lightness of being borne of confidence and not the iron jaw of determination borne of fear that facilitates greatness.

Rest easy from your battle, dear friend. I’m sorry we never got to shake hands but I’m happy that I had the privilege of taking my journey in the horse world with you.

Feature image by Rhett Savoie and used with permission from Trafalgar Square Books.