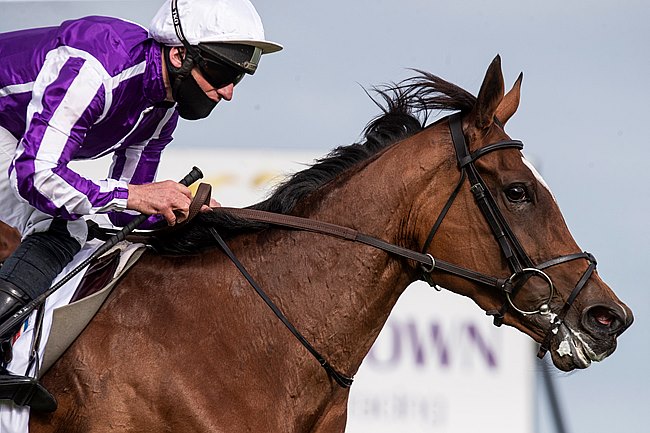 Before we let 2020 out of the barn, there are a few important stories and updates from this year you may have missed.

The Horseracing Integrity and Safety Act (HISA) was attached to the Senate bill that extends funding of Federal government operations. That bill, with its HISA rider, passed the Senate last Monday. Those bills, along with several others, were then attached to the latest 900-page COVID-19 relief bill, providing a bipartisan-negotiated $900 million in federal aid to individuals and organizations to alleviate financial strain resulting from the pandemic.

The HISA had gained wide bipartisan support after identical measures had stalled in House Congressional Committees over the past six years due to industry and Kentucky state legislative opposition. That opposition became support following public outrage at the spate of fatal breakdowns occurring during the 2019–20 winter meet at Santa Anita Park and widespread belief that drug abuse, whip use and lax oversight of racetracks and trainers may contribute to breakdowns.

The House version of the HISA (H.R. 1754) creates federal oversight of a single set of drug use regulations. Until now, drug regulations were created and managed by each of the 38 jurisdictions, the states that conduct racing. Those regulations varied widely from state to state, often confusing even experienced trainers and their staff.

The enacted Senate version (S. 4547) goes further to include the oversight of racetracks to ensure the safest possible surfaces.

Additional details regarding the HISA can be found here:

Prophetically, an event at Santa Anita Park earlier in the day underscored the timeliness of the HISA passage into law.

Santa Anita Park’s winter meet has gotten off to a shaky start on only its second day.

Ebeko, a two-year-old Irish bred trained by Peter Miller, broke his left front cannon bone while rounding the final turn into the stretch on the turf course in the Eddie Logan Stakes. He was running in last place at the time of the breakdown. He crashed to the turf, taking down rider Joel Rosario with him. Rosario walked off the course to a waiting ambulance. He missed his next scheduled mount but later resumed riding with no apparent injury.

The injury to Ebeko was deemed too serious to repair and he was euthanized.

Ebeko had already run in eight races as a two-year old. He ran three races in Ireland, winning one and placing in another, before being transferred to Miller’s U.S. barn. He won the Zuma Beach Stakes at Santa Anita and finished second won in the Juvenile Turf Stakes at Del Mar. He ran in the Nov. 6 Breeders’ Cup Juvenile at Keeneland, finishing ninth. Ebeko earned $122,930 in his too-brief career.

Charlatan started 2020 as one of Bob Baffert’s Kentucky Derby fab four along with Nadal, Authentic and Thousand Words (Baffert’s own choice). He won the Arkansas Derby (div. 1), but was later disqualified when post-race testing revealed a trace amount of lidocaine. Baffert withdrew him from the Derby trail and chose to rest him when he suffered a mild, but nagging, ankle injury.

He returned to racing Saturday with a dominating 4 1/2–length win in the Runhappy Malibu Stakes at Santa Anita. Charlatan ran down front-running speedster and favorite Nashville in the turn for home and extended his lead through the finish.

“That was an incredible performance off the layoff,” said Baffert, who earned his fourth win in the Malibu.

“To run against these types of horses was a feat itself,” voiced Smith. “He is extremely special.”

Charlatan, a son of Speightstown, remains undefeated on the track after four starts (4: 3-0-0). He will race as a four-year-old with an as-yet-undetermined Breeders’ Cup contest as his goal.

Tapizar, a 12-year-old son of Tapit, was euthanized Dec. 17 after an unspecified accident that occurred in the quarantine barn at his Gainesway Farm home. The Grade 1 winner was scheduled to ship to Japan in mid-January to stand at Yashun Stallion Station in 2021.

Tapizar is perhaps best-known as the sire of seven-time Grade 1 winner and 2018 Eclipse Award Champion Three-Year-Old Filly Monomoy Girl. Also winner of all four of her 2020 races including this year’s Breeders’ Cup Distaff, Monomoy Girl is a contender for multiple Eclipse Awards this year. The mare was purchased by Spendthrift Farm for $9.5 million in November when it was announced by her new owners she will continue racing in 2021.

In addition to Monomoy Girl, Tapizar sired four other graded stakes winners including the winner of this year’s Delaware Oaks, Project Whiskey. His progeny have collectively earned over $22.5 million. He is the third leading sire based on cumulative earnings of his progeny and third on this year’s  fifth crop sires list.

On Dec. 10, stewards at Santa Anita Park dismissed complaints brought by the California Horse Racing Board (CHRB) against Triple Crown winner Justify and stablemate Hoppertunity, both conditioned by Hall of Fame trainer Bob Baffert. The decision was announced after stewards heard arguments by video and reviewed evidence to support the complaints at an Oct. 29 hearing.

The complaints involved the presence of the illegal substance scopolamine in Justify’s post-race sample following his win in the 2018 Santa Anita Derby and in Hoppertunity’s sample after his win in the Tokyo City Cup the following day.

Scopolamine is sometimes used to treat mild colic and spasms. The substance is a common contaminant in jimsonweed, which grows wild in California and can be a source of environmental  contamination in the hay horses eat. This was Baffert’s contention when the incidents first occurred in 2018.

Baffert’s explanation was accepted by the CHRB’s consulting veterinarian, Dr. Rick Arthur. The CHRB followed Arthur’s recommendation that no action be taken at the time of the incident. The decision was not made public at the time, but later was revealed in a New York Times story three months after Justify’s 2018 Belmont win secured the Triple Crown in 2018.

The CHRB eventually filed the complaints as part of a settlement agreement between the CHRB and Mickey Ruis, owner/trainer of Santa Anita Derby runner-up Bolt d’Oro.

In announcing their final decision, Santa Anita Stewards John Herbuveaux, Ron Church and Kim Sawyer noted the CHRB had itself decided not to follow up with complaints when it first met in a closed door session on Aug.23, 2018.

The three horses involved all have since been retired from racing. The decision is expected to finally settle the issue.

December was a tough month for our friends at Old Friends in Georgetown,  KY and Greenfield Center, NY.

On Dec. 15, pensioned Breeder’s Cup Classic winner Awesome Again died suddenly at Old Friends Georgetown, KY farm. The exact cause of death is unknown and a full necropsy is planned with a complete veterinary report to follow.

The Canadian-bred son of Deputy Minister, Awesome Again had an exemplary resume as both a racehorse and a stallion.

He is best remembered for his four-year-old season that included five graded stakes victories, among them The Stephen Foster Handicap (G1), The Whitney Handicap (G1), and a memorable Breeders’ Cup Classic (G1), where he rallied in the stretch to defeat grade 1 winners Coronado’s Quest and Swain and that year’s Kentucky Derby-Preakness hero, Silver Charm.

Awesome Again was pensioned to Old Friends in October of this year.

On December 24, Will’s Way was euthanized at age 27 due to declining health and infirmities of old age at Old Friends satellite facility, Cabin Creek, outside Saratoga, NY. He was among the initial retirees pensioned to Old Friends. After a few seasons in Kentucky, Will’s Way was transferred to Cabin Creek.

Will’s Way had a relatively short but spectacular career on the race track. After breaking his maiden at Gulfstream Park first time out in 1996, he went on to capture the Travers Stakes at Saratoga, defeating Preakness winner Louis Quatorze and the great Skip Away.

In 1997, he took the GR1 Whitney Handicap, again at Saratoga, over Formal Gold, with Skip Away finishing third. The top two finishers each earned extraordinary 126 Beyer Speed Figures.

“We all loved him so much,” said Joann Pepper, owner and manager of Cabin Creek. “He would take our breath away when he decided to run. I will miss brushing his tail and kissing his star.

“I’ll even miss letting him chew on me,” Pepper added, referring to Will’s sometimes cantankerous personality. “It was such an honor to care for him.”

And Poof!, she was gone

Globetrotting superstar mare and turf specialist Magical has been retired from racing to join the broodmare band at Coolmore Stud.

The seven-time Group One winner was never able to conquer her formidable foe in four attempts.

Winner Enable was retired in October following her unsuccessful attempt to win a third Arc.

We have never had another mare who won seven Group 1s before, and she is 100% homebred as well, which is marvelous,” said trainer Aidan O’Brien, calling her “a dream mare.”

Mating plans for the future have yet to be decided by Coolmore.