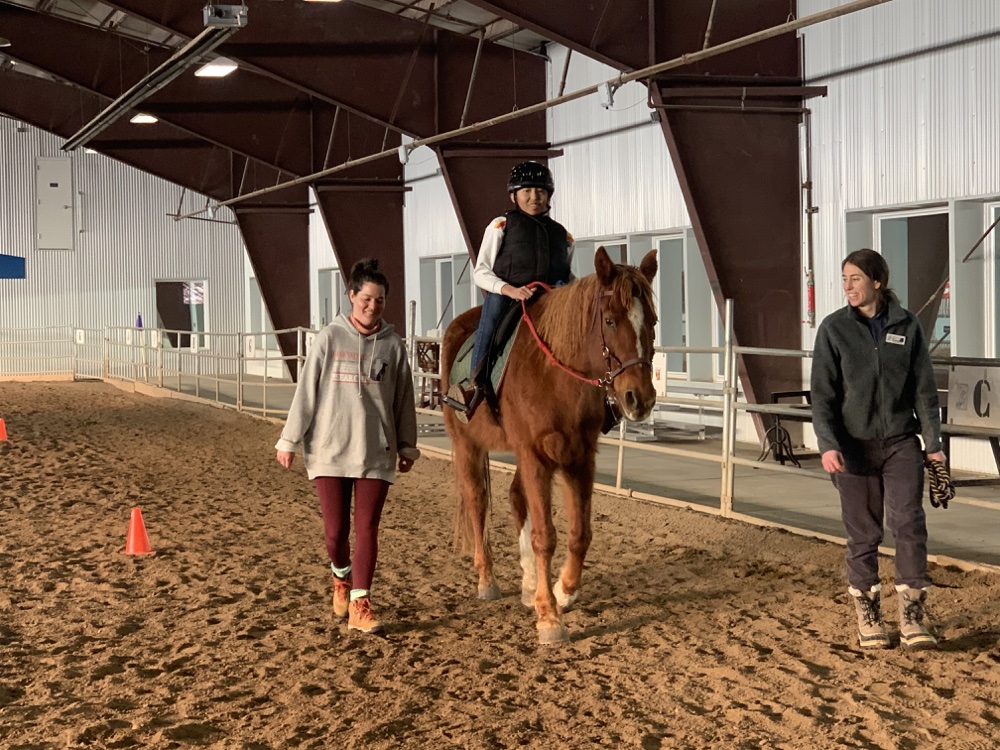 When we adopted Ping Ping in November 2018, it was only 15 days before she would have aged out of the system in China.

Orphans there must be adopted by their 14th birthday or lose the chance of finding a family.

Growing up in an industrial city in Northern China, Ping Ping spent most of her formative years in an orphanage, after being abandoned in an alley at three weeks old. She was taken in by a local family where she was cared for, but the family eventually became overwhelmed by her needs. Ping Ping was born with spina bifida.

She was then moved into an orphanage, and, ultimately, transferred to a foster home for medically fragile children hundreds of miles away. There, Ping Ping was put to work from 6:00 a.m. until bedtime, cleaning, preparing meals and watching the younger kids. The mendacious foster mother met the children’s bare minimum needs, but nothing more.

We brought Ping Ping home to Utah just before the holidays. On the drive from the airport she asked, “When can I ride a horse?”

I immediately began looking for adaptive programs near us, but couldn’t seem to find a program that fit our needs.

The next summer, she went camping with children from our church and while they worked hard to accommodate her and her wheelchair, it was frustrating. Ping Ping asked if there was such a thing as a wheelchair camp. I’d heard about the National Ability Center (NAC) from a longtime volunteer, Mary Lou, so I called them.

Days later, Ping Ping attended camp at which horseback riding was one of the activities. She said she loved the feeling of being up high for the first time in her life. Ping Ping needed a doctor’s note in order to participate and our physician informed us that horseback riding mimics walking, and therefore, is a great resource for children, like Ping Ping, who cannot walk.

She began taking regular group lessons with two other riders at the NAC, Nora and Ian. Since the COVID-19 shutdown, she has since moved to personal one-on-one sessions amid social distancing practices.

At the start of her riding journey, Ping Ping worked with a horse named Sunny. One week while Sunny was being shod, she was assigned a replacement horse, Tod.

Tod was highly attuned to her. While putting the tack on, Tod put his head in her lap. Having always had a little private conversation with Tod at the beginning and end of every session, Ping Ping knew that he was right there with her through it all.

Over the coming months, Ping Ping’s relationship with Tod allowed her to open up in ways she had never before.

Ever since her arrival from China, Ping Ping has been a happy, sunny child. But I knew because of her past experiences there was an immense amount of trauma she was coping with and that it was waiting to spill out. Every week on our one-hour drive home from riding lessons with Tod, it began to emerge.

She’d start off talking about Tod and how he did this or that during the lesson and then she’d say, “Did I ever tell you about the time…” Some were happy stories. Some were sad. Some were tragic.

Ping Ping is a gregarious kid and loves to talk, so I didn’t think that after nearly a year in the U.S. she was holding anything back. But Tod, the therapist, peeled back another layer of the onion and helped with her psychological healing.

He’s helped her in many other ways, too. Ping Ping gained confidence and a sense of ownership and responsibility. She’s a tiny 4’5” tall, 90 pound kid. Being in control of a big powerful animal is life-altering. For the first time in her life, she rode on a trail and could see far out in the distance from that high perch.

Prior to the lessons, the riders help get the horses ready by putting on their tack. At the end of the lesson, they remove the tack, brush the horse, and clean dirt from the hooves. It gives a real sense of ownership of the process and caring for others.

These new lessons are extremely contrary to the life Ping Ping imagined she would have back in China. Up until she began at the NAC, she had never been any place more wild than a park. To be on the trails around the National Ability Center and in nature is not something she thought she’d ever experience.

If she had not been adopted, Ping Ping would have spent her life in a Social Welfare Institute with other orphans, mentally ill people, and the elderly. And she had mentally prepared herself for that possibility.

Now, because of the active life that the National Ability Center affords her, Ping Ping has been able to discover her need for speed and has taken up monoskiing. Basking in the rush that skiing allows her, she skied at least twice a week last winter and was able to advance quickly thanks to great coaching by Devon Kier.

It’s helped her riding too. Monoskiing has improved Ping Ping’s balance and strength. She needs an ample amount of both upper body strength, as well as core strength, in order to balance that heavy sit-ski while flying down a mountain. Plus, the ski goes where you turn your head, just like a horse. It’s all interdisciplinary.

She’s branching out to other adaptive sports at the NAC as well and these too have beneficial crossover effects. Before the shutdown, she participated in swimming and rock wall climbing every week, both of which have improved her upper body strength. Ping Ping loves climbing and for someone with little leg control—she doesn’t have use of her feet, calves, hamstrings, or gluteus—it challenges her.

Occasionally, I ask her why she likes it so much. Her answer: “I never thought I could move my own body up a mountain and now I can.”

She wants to know every part of the process for each of these sports, too.

Horseback riding in return helps her with every other sport. In the end, of all the sports she loves, only horseback riding involves a responsive animal, like Tod. That relationship is invaluable and irreplaceable, and Ping Ping has been able to thrive as a result, knowing that she is capable of more.

In fact, during a Zoom lesson, recently, the teacher asked her to say something about herself. She said, “I do sports.”

The teacher asked, “So you’re an athlete?”

I prompted her, saying, “And sewing and painting and poetry.”

She answered back, “Mom, I’m an athlete now. That’s all I want to be.”

The National Ability Center empowers individuals of all abilities by building self-esteem, confidence and lifetime skills through sport, recreation and educational programs. To learn more or get involved visit discovernac.org. 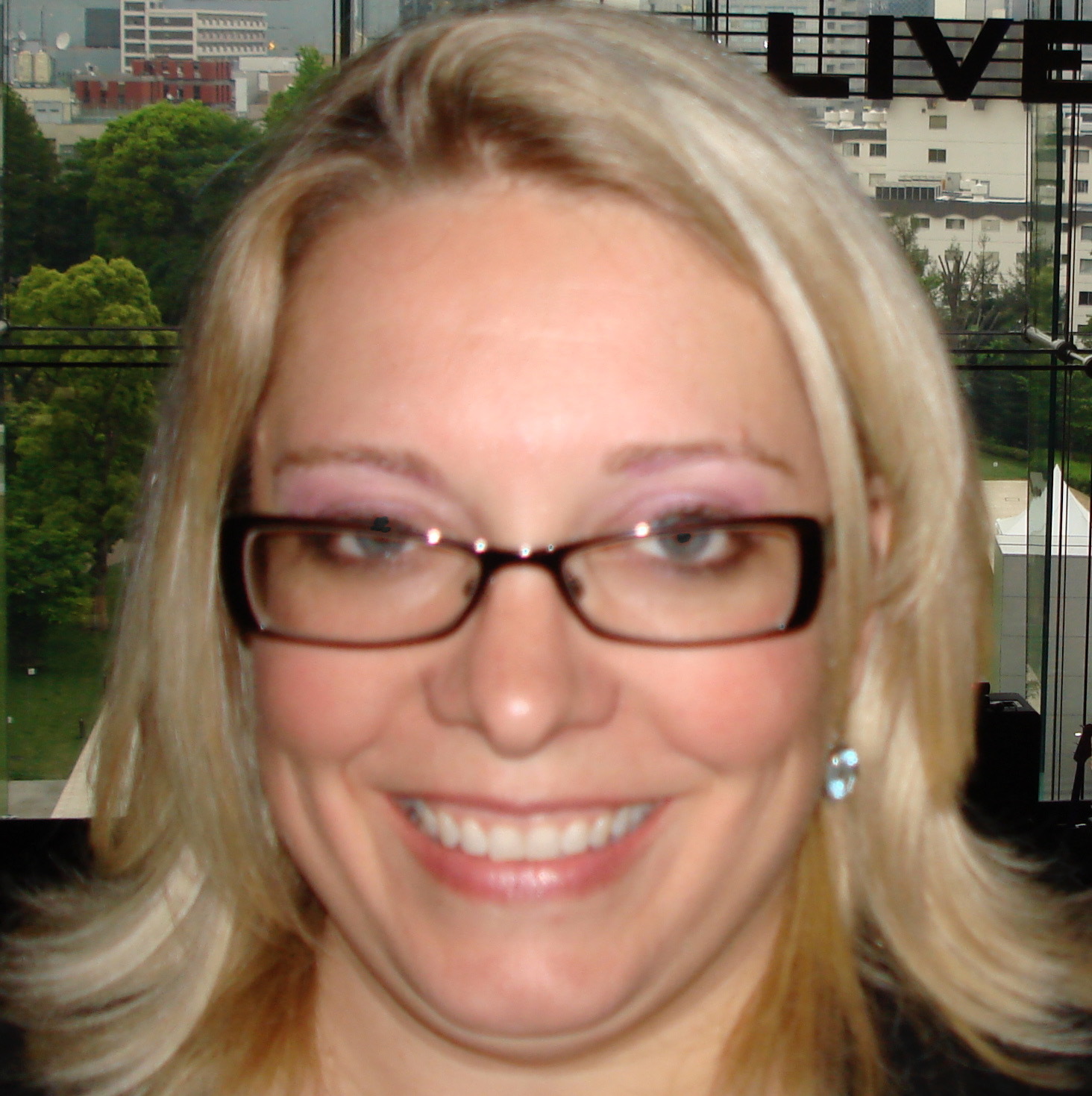 Kathy Cortez is a former professor, now a stay-at-home mom, who is an advocate for mental health and education surrounding child development. With her master's in Psychology, Kathy formerly taught Intro to Psychology and Child Development before becoming a mom to her daughter, Ping Ping. Becoming parents later in life, Kathy was 51 and her husband, 62 when they adopted Ping Ping from China.