While 2020 has brought a lot of bad news, eventers have something positive to celebrate: the new frangible fences on cross country courses around the USA.

These frangible tables are funded through the conglomerate of Jon Holling, Jacqui Ross and Andy Bowles’ GoFundMe, which has raised nearly $90,000, merged with the USEA Frangible Fence Fund.

It’s a three-phase grant: Phase One is Prelim to Advanced Horse Trials fences—every facility received one table for each recognized event they run during the year.

In Phase Two, FEI competitions were the target and, in many cases, venues received a second round of frangible fences. For instance, Stable View got three tables for their USEA event and three for their FEI classes. Very few facilities only run FEI events, so most of those got two tables for every level.

Phase Three was frangible oxers or corners—venues get one or the other per division.

I’ve built these frangible fences for four or five events now. I think the first ones were released at Plantation Field, the first event in this program to put their jumps into use in this country. Now we’re starting to work on some corners and oxers for their big FEI event in September.

I had a great deal of previous experience with frangible fences, but in fairness to this program I had not built a frangible table yet. I’d somewhat steered away from it because it looked different and a little weird—the grant has pushed me to learn to do this safely. There are directions that come with the MIM clips; if you’re take the kit and are willing to spend the time with it and already have some basic skills, you can build a jump pretty easily.

The $1,000 paid to each builder per fence is for wood, your time, and the fasteners. As a jump builder, when you receive the grant you get $500 and a kit; you get the second $500 when you submit a photo of a correctly built jump.

All of the photos are in a gallery on the USEA website, which is good because I think it’s important that all these tables are shown so that we can learn from each other. Everyone’s going to have a different take on it, and if we all have access to what other people are doing, we’re all going to get better faster.

They’re interesting to put together, and there’s definitely a learning curve—in part because an engineer in Sweden came up with the design and you have to figure out how to put it together. Think Ikea for fence builders!

But the fun part is where you put your way of thinking into it. That’s where you might get some different styles out of it, though you are limited with the type of jumps you can build with the kit. You can’t do a step table or a picnic table, for example, which limits the type of fences we can have. But while the basic jump follows a standard plan, we’ve been able to customize them to some extent. For example, we wrote FHI on the one for Fair Hill International.

Over time I can see the MIM clip designers coming up with different types of kits for different styles of table or the world may decide that’s what tables will look like. This is a good video of one collapsing, though I’ve personally never seen one break before.

Course builders all over the country have received the funds to build these jumps, and the USEA handles distribution. I think I’ve built 20 or 25 of these tables by now. That’s a lot of horse jumps that these groups have put into the U.S. eventing circuit, and ultimately hundreds of tables will get built through this grant. That means the ten other people who do what I do will have a similar number to build, plus all the independent horse trials out there.

I’ve found that the frangible tables take a little longer to build than a traditional table, but at this point I’m still checking the directions and having to adjust. Once I’m used to the process, construction will go faster.

Producing these jumps and getting them on courses is a good way to prove or disprove whether frangible tables are the way of the future. We’ll find out if everyone needs to embrace this or if we need to find another way; it’s a step forward, even if it’s a side step. And right now it’s the only method to make tables safer other than basic design techniques.

I think it’s commendable that these two groups have come together to work on it. The program really didn’t start until the end of May and it’s impressive they’ve been able to fund and distribute and handle all the administrative work, which I’m sure is significant, to get these jumps built and on course. 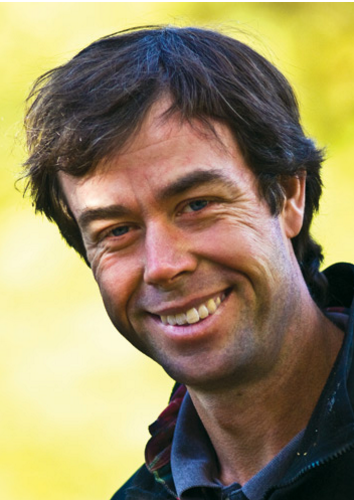 Eric Bull is the owner and founder of ETB Equine Construction based in Scottsville, Virginia. Eric and his crew provide top of the line construction for cross country and show jumps and have built the courses at events including Fair Hill International, Plantation Field International, Stable View, the 2015 Pan American Games in Toronto and the 2018 World Equestrian Games in Tryon. Visit www.etbjump.com for more information.