It’s Not What You Say, It’s How You Say It 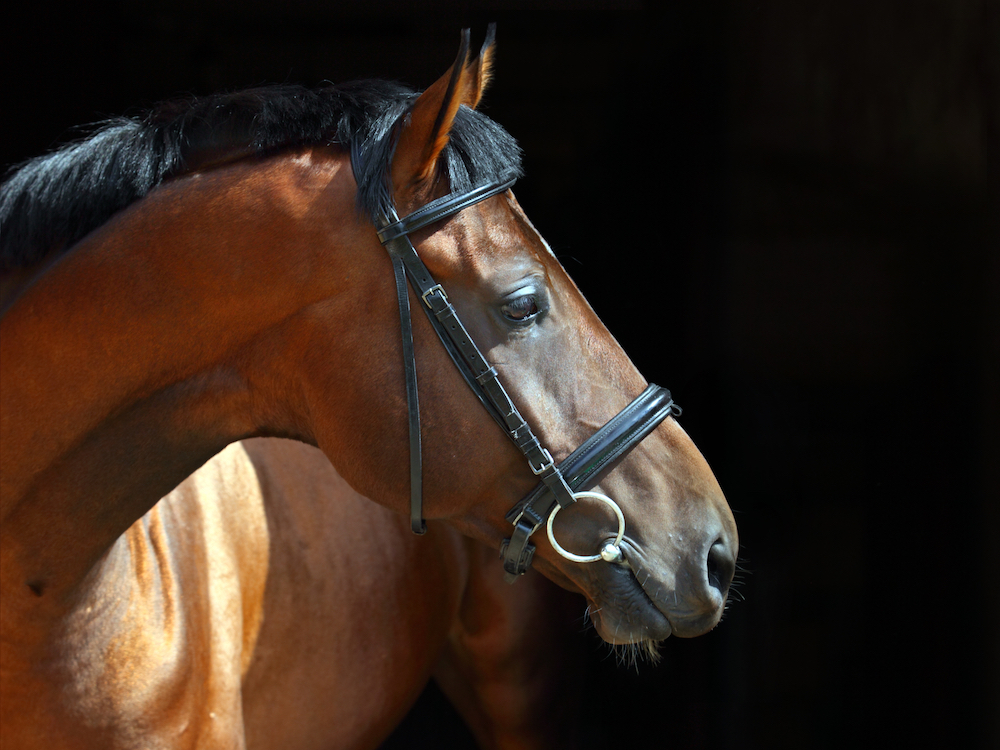 A friend told me about an experience she shared with a lanky six-year-old Holsteiner.

The story is enlightening, surprising and perhaps a little sad but has stuck with me for months because it poses a question, to which we can only speculate the answer.

Hugo is a tall horse, 17.2 hands, narrow chested and all legs. Imported from Germany by an adult amateur less than a year ago as a dressage horse, Hugo has never settled into the Canadian way of life.

He has energy to burn and is full of antics. He is difficult to catch in his paddock and when you turn him out, he pulls away and bucks uncomfortably close to your face. And sometimes, for reasons unknown, he refuses to come into the barn.

In the grooming stall, he is in constant motion. He flings his head, nips, paws and because he has such long legs, he can catch you, mid paw, with a front foot. He is head shy, funny about his ears and has the neck of a giraffe making the switch between halter and bridle a disconcerting task. Despite his size and lanky physique, he is quick to escape from the grooming stall, and you’re left watching him leave the barn while you hold a halter in one hand and the bridle in the other.

Employees of the barn working with Hugo are leery of him and because he is huge it’s easy for him to get away with whatever he wants. He acts spoilt and doesn’t understand how dangerous his actions are.

Greta, my friend, is an adult amateur who leases a horse from her trainer Pam. Horses have been a part of Greta’s life since childhood and she finds the barn a peaceful respite from the demands of her stressful job. Often, Greta dedicates one of her days off to help her trainer, she’ll tack up, untack and cool out, anything that buys her more time with horses and eases up her trainer’s day.

Several months ago, Greta and Hugo’s paths crossed when Pam was asked to ride the gelding while his owner was away. Greta had heard stories about Hugo but, as he is boarded at another barn, she hadn’t met him, and she hoped Pam wouldn’t ask her to deal with him. Of course, this story would be a lot shorter if that was the case.

When Pam schooled an energetic Hugo, it took time for him to relax and she rode him longer than planned. By the time she finished, her next student was waiting for her lesson. Pam asked Greta if she would hand walk Hugo to cool him out and then untack, brush and turn him out.

Never one for wanting to let anyone down, Greta said yes, with muted hesitation.

“Careful he doesn’t bite or kick you,” Pam said, as she handed the reins over.

Greta was nervous. The look in Hugo’s eye suggested the ride had scarcely put a dent in his energy and with every sound in the barn the oversized gelding reacted. Things were mounting.

Greta patted his neck and spoke calmly, but her underlying nerves were too great for Hugo to ignore. Without much thought, and is often the way with bilingual people, Greta switched to her first language, German.

In an instant, Hugo relaxed. His intensity level went from an eight to a two. His focus turned to Greta, and all those noises he reacted to moments earlier were ignored.

“I knew he was listening to me because he kept moving his ears in my direction, so I just kept rambling away in German. By the time he was cooled out I knew I wouldn’t have any issues untacking him or turning him out.”

As Greta predicted, Hugo stood in the grooming stall and the switch between bridle and halter was a non-issue. He didn’t paw the ground or try to bite her while she groomed him, and when she turned him out, he just stood there. As she headed back to the barn Greta turned around and saw Hugo standing at the gate watching her walk away.

“He’s misunderstood,” Greta said. “He comes across as a brat and because he’s so big people are afraid of him. I was afraid of him, but now I feel we have a bond. I’m not a horse whisperer or anything like that. He just understands German, not English.”

Before Greta left, she went to say goodbye to Hugo, who by now was at the far end of his paddock. Hugo noticed her approaching and walked up to the gate to talk to her.

“It was kind of sad really,” Greta said. “I felt bad leaving him knowing how he reacted to hearing me speak German.”

It was a chance encounter, and though Greta shared the story with Pam, Greta hasn’t seen Hugo again, but hears he is doing well.

If Greta weren’t my friend, I would have said balderdash, but she is my friend and her story raises an interesting question: Do horses respond/react to the tones of different languages?

There are a few studies that have tested horses’ reactions to tone of voice and the majority say horses have a positive reaction to a calm tone and a negative reaction to a stern tone. Of course, the variables for these sorts of studies are endless, such as breed, age, trust, sex and so on. Of the research done, none mention what language or languages the tests were conducted.

Greta was nervous when she first took Hugo’s reins, her apprehension would emit through her tone and body language and add to Hugo’s outbursts. It was a shot in the dark switching languages, and Greta was no less nervous when she said, “braves pferd” but Hugo’s reaction was immediate. The tone difference between the German and English language is distinctive and one wonders if it was the guttural German tone, a familiar sound for Hugo, that put him at ease.

Next question is, what do you think?