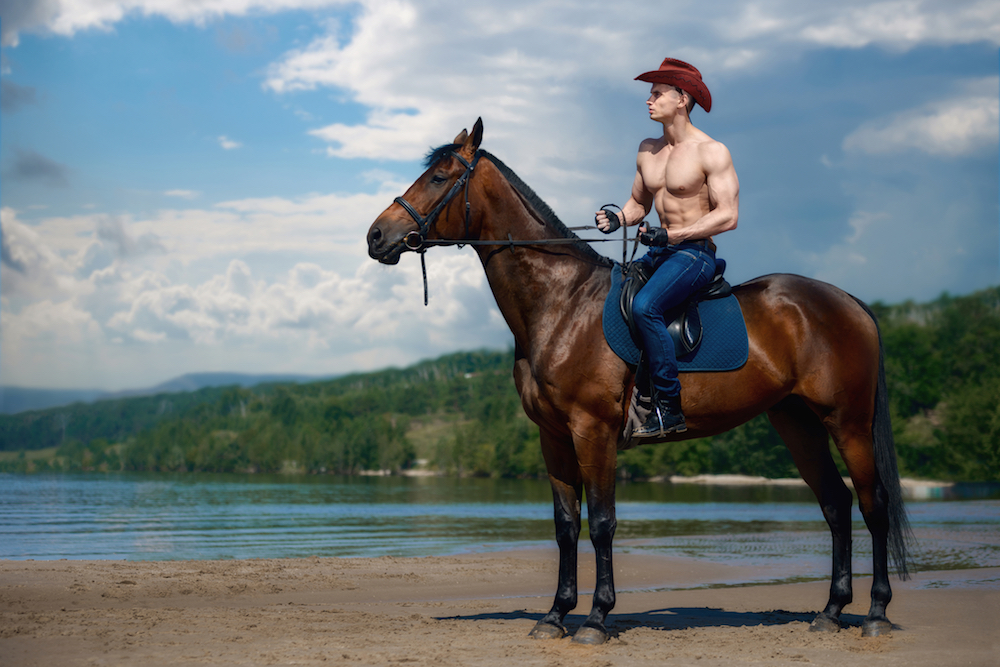 A New Jersey man who claims to have trained his ex-girlfriend’s three ‘wild stallions’ is in stable condition after suffering a fall at a popular trail riding facility in Warren Township.

Bill Jennings broke his leg after falling from his horse into a ditch.

Other guests on the trail ride expressed their shock and dismay at the accident, noting that Jennings had spent the hour prior to his fall regaling them with tales of his successes with horses.

“He said he had a girlfriend in Texas and they used to tame wild stallions,” said one fellow guest on the trail ride. “I was impressed. I mean, I don’t know much about horses, but the way he talked it sounded like he was a real cowboy.”

The guest, who wished to remain anonymous, said that at the beginning of the ride Jennings was giving all the others pointers on how to hold the reins and sit in the saddle.

“He even tried to make his horse rear, but the horse wasn’t listening,” the guest added.

In a telephone interview from his hospital bed, Jennings said that his fall was due to the wild nature of the horse he was given.

“I told the trail lead about my horse experience and I think he just gave me one of their horses that hadn’t been broke yet. The horse started galloping out of control and I had to jump off to save myself.”

The trail ranch operator disputed this claim, telling Horse Network that Jennings was given a 24-year-old Standardbred named Major. The horse is known for taking young children with no riding experience on the trail.

“Ol’ Major just started jogging and that guy listed to the right. Major didn’t like it so he crow-hopped him off,” the trail operator said.

When Jennings leg heals, he plans to go back to the stable and offer to help ‘tame’ Major.

“That horse could use some training,” he said.