6 Things I Didn’t Expect from Polo 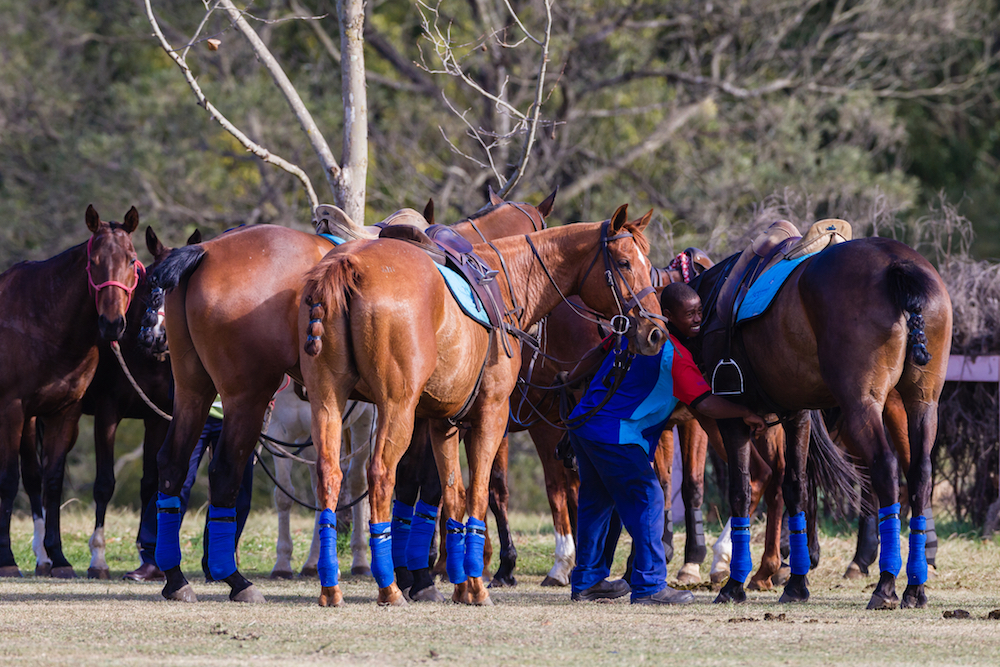 When I started working as a polo groom a few months ago, I was excited about the opportunity to learn a bit about a new horse sport.

In my 14 years of riding I’ve done both English and Western, and tried out everything from eventing to pole bending to trail riding. I knew absolutely nothing about polo.

Here are some of the things I was surprised by during my time getting a taste of the sport:

1. The tack will seem super complicated at first

I thought I was decent at dealing with tack after all the bits and bobs, double girths, saddlebags, and random-bits-of-rope that could be attached to Western saddles. But it still took me a while to get used to polo tack. For starters, there are two sets of reins on each bridle, and sometimes you swap one out for draw reins that attach to the saddle for extra leverage. Everything is pretty much linked together, and you have to put the bridle on first, then the saddle—which feels horribly backwards at first.

Once you do it a few times, though, it all makes sense. So we don’t need to talk about the time I nearly sent a horse into a game with three pairs of reins on.

2. Players will literally jump from horse to horse

One player will use four to eight horses in a single game. When they’re swapping horses, they want to do it as quickly as possible to get back to the play. Instead of dismounting, you hold the new horse steady for them as they jump straight from one horse’s back to another. And then you jump out of the way—quickly!—as they take off running back into the game.

3. Players get really close to each other on the field

During the game, polo players often end up smashed up against each other in a bunch: stirrup irons hitting each other, legs ramming together, mallets all over the place. It’s a crazy mess that looks more than a little terrifying.

4. All of their manes are buzzed

To help keep horses from getting tangled together in games, or caught up in their own reins and mallets, all polo horse’s manes get buzzed short. The Western barn I was at previously believed in letting horse’s manes go as long as possible, for a natural look; to go from that to buzzing was a bit of a shock. After a while, though, I really began to appreciate the low maintenance of the short manes, especially in a hot climate.

5. The best moment is when you send out that last horse

After the rush of getting all the horses ready, there comes the moment when you get to send out the last horse of the game… And then you let out a deep breath.

Everything, for the moment, is done. I mean, after the game finishes you’ll still have to get everything packed up, take the horses back to the barn, feed, rug, turnout, roll bandages, and clean all the tack for the next day. But for the last seven minutes of the game, all you have to do is bathe one horse and watch the play, and it’s kind of blissful.

6. You’ll feel proud of your horses

When you eventually get fast enough that you have a couple minutes spare to watch the game, in between getting horses ready, you’ll find yourself cheering for your player and horses.

One of my favourite moments working as a polo groom came when one of the horses I cared for won “Best Horse” at that weekend’s tournament. I let myself feel a little moment of pride: I didn’t train or own her, but I had taken care of her, ridden her, and exercised her for the last couple months. I played a small part in her success, and I watched happily as she had her photo taken and was awarded a prize of a new halter.

And then I watched in dismay as, moments later, she decided that she’d had enough of fame—reared up, ripped her lead rope out of the holder’s hands, and turned and galloped across the field for home.

Honestly, it felt about right.