Q&A: How Can You Tell If a Horse Has Scope? 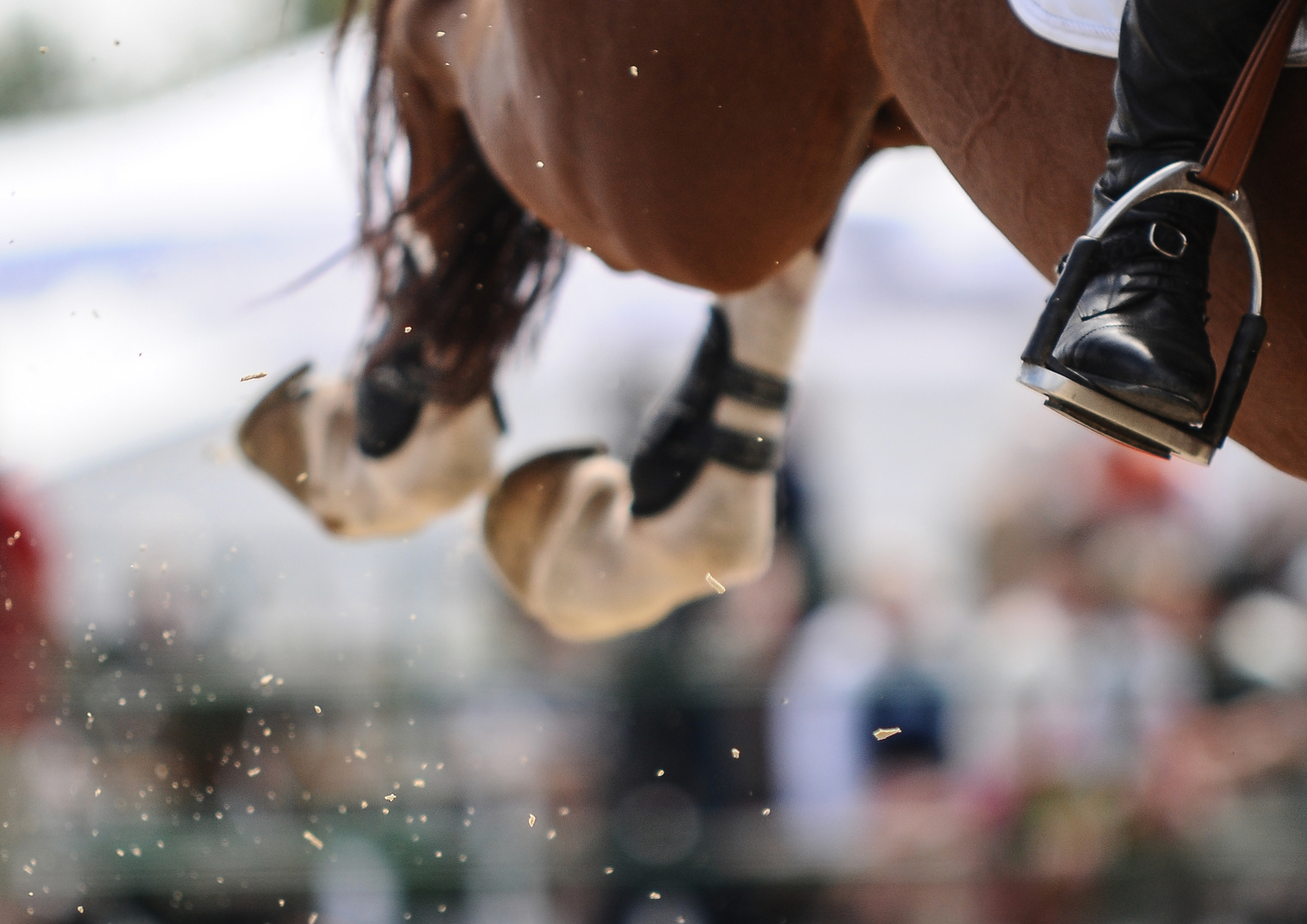 Question: I often hear riders refer to a horse’s “scope.” What does that mean exactly and which factors determine whether a horse is scopey or not?

Dr. Tim Worden: If you spend much time around jumping horses you will hear the term ‘scope’ used frequently. It is a general term used to describe a horse’s potential to jump big jumps.

The more scope a horse has, the higher and wider the horse can raise its’ body into the air, and thus the bigger the course it has the potential to jump—assuming it is well trained and rideable.

A horse and rider jumping a 5* class is a beautiful thing to watch. It is incredibly complex when you consider that a horse and rider must work in harmony, while simultaneously controlling their individual neuromuscular systems, perception of the course, and so on.

At the same time, the act of jumping can be viewed as relatively simple since it is governed by four parameters that predict the jumping outcome—the same variables that determine how far a soccer ball flies when you kick it or how far an arrow will travel when released from a bow. If you are able to optimize these parameters of projectile motion, then your horse’s scope will be maximized.

These four parameters are:

The horse’s speed at takeoff is the most important variable, as it will have the largest effect on how scopey a horse is. If two horses are the same height (e.g. 16.2 h) and leave the ground at the same angle, then whichever horse is travelling faster will jump higher and wider. Imagine hitting a golf ball: the harder you hit the ball the greater the speed of the ball when it leaves the face of the golf club and the further it will travel.

However, it is important to remember that if the speed is too fast in the ring it becomes difficult for the horse and rider to control, the takeoff angle will lower, and the horse will jump flat and lower the height of the jumps.

Key point: Horses that are tighter with their legs (i.e. bring their legs closer to their body in the air) do not need to raise their body as high into the air to clear a jump as compared to horses that hang their legs. That is why jumping technique with tight legs is preferable as these horses need to generate less speed at takeoff than their leg hanging counterparts.

Key point: It takes a large amount of force at the base of a jump for a horse to convert the horizontal speed that it is carrying on approach into vertical speed (lift). As a horse becomes fatigued, especially later in the course, the musculature of the front end may become so tired that the horse is no longer able to push against the ground and rotate the body back to the hind end. Without this rotation backward, the takeoff angle will flatten and rails will occur.

The next variable to consider is the height of the horse’s body at takeoff. This depends on the horse’s conformation and their body position at the base of the jump. If Horse A and Horse B both generate the same amount of speed and angle at takeoff, but Horse B’s body at takeoff is 10 cm taller than Horse A’s body, then Horse B will produce a scopier jump than Horse A.

Key point: While the standing height of a horse does play a role, how the horse moves its’ body on approach to the fence is also important. What you will often see in a horse that lacks strength is a significant lowering of the body at the base of the jump in an attempt to generate enough lift to clear the jump. While every horse must lower its’ body to some extent to jump, horses that lack strength will often lose their posture at the base of the jump, giving the appearance of ‘collapsing’ right before they load the hind end and jump up into the air.

Under normal circumstances, the effect of air resistance on a horse and rider’s jump is likely so small that it can be ignored. A strong breeze may have some impact on the horse and rider, but its’ contribution to the overall jumping performance while the pair is in the air will be negligible.

Dr. Tim Worden is a scientist specializing in applying high performance sports training concepts to horses. He completed his MSc (Biomechanics and Neuroscience) and PhD (Biomechanics) at the University of Guelph, Canada, and he has worked with a number of FEI jumping riders over the years. Instagram: @twordentraining