Margie Engle: Lessons from My Brothers 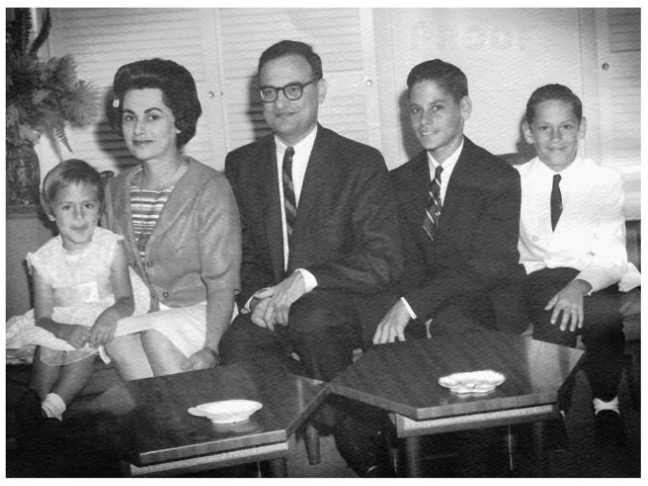 When you’re the youngest girl in a family of boys, fitting into the hierarchy of sibling play requires certain characteristics of which American Olympian Margie Goldstein Engle is a shining example. The youngest of three and the only girl in the Goldstein family, she grew up idolizing her older brothers.

“I was the baby of the family and I kind of liked it. My brothers treated me really well when I was growing up and they loved having a baby sister. They loved it until I got a little bit older and then I wanted to be just like them,” smiled ten-time American Grandprix Association Rider of the Year.

Specifically, Engle wanted to play sports with her older brothers. But with her diminutive size and their considerable age difference—one brother is seven years her senior; the other, eight and a half—wanting to play with the boys and getting to were two different things.

“They didn’t want their little sister playing unless she’s good enough to catch the ball and able to be tackled without, you know, [getting upset]—you can’t complain about anything or god forbid if my parents found out that I was playing tackle football with my brothers!” she recalled.

“I wanted so badly to be able to meet their approval.”

When, one afternoon, the neighborhood boys were short a player for football, Engle got her shot.

“I finally got my chance to play and I ended up tackling the other guy’s younger brother who was still older than me and they were all teasing him about being tackled by a girl. So from then on I got to play for a while,” she said.

“I earned my spot but the poor other kid started crying.”

As the youngest—and a girl—playing with the boys, tears were not a luxury Engle could afford. Even when they were warranted, like the time she broke her arm on the football field.

“We were playing tackle football and I didn’t want my parents to know. So, I told them I had just sprained it and it was a little bit sore. Finally, about a week later, when I couldn’t use my arm right my parents made me go to the doctor and we found out it was broken,” she said.

“I knew my brothers would get in trouble and wouldn’t let me play if I got hurt, so even when I was hurt, I would just try and ignore it and hope it would go away.”

It’s an approach she continues to apply today. As a rider who’s broken more bones than she cares to admit to, Engle has more than once quipped that she “didn’t know things were broken until the next day.”

High pain tolerance aside, those early lessons in determination and grit have proven instrumental in Engle’s equestrian career. When she started riding at age nine, horses helped channel her seemingly endless energy in a positive direction.

“It’s a good thing I did start riding because I was a bit hyperactive and a little bit the class clown and just plain talked too much,” laughed Engle. “So if I got in trouble in conduct, then I would get a lesson taken away. So that actually got me to start being a little more disciplined—in school anyway.”

Much has changed since Engle’s childhood growing up in a secluded corner of West Miami. One brother went on to become a doctor and the other an actuary, while Engle traded a leather ball for leather tack, the football field for the grand prix ring. These days, her siblings are more likely to be trying to keep up with her.

But the lessons still resonate. Engle has made a career of proving her worth when the odds were stacked against her—consistently beating riders with longer legs and deeper pockets to solidify her place as a stalwart on the US show jumping team.

“I always like competing equally with men, so it’s nice to be able to play in a sport where everyone was kind of equal,” she shared.

“[As a rider] you have to prove yourself over and over to get on teams, especially now with the computer list. We went for a while where we had an objective system, so you just scored by rails down and that’s how I got on a lot of teams—you prove yourself in the ring and there’s not really many politics involved. You either do it or you don’t.”

And it’s not just practice keeping Engle in the game. With horses as her teammates, she’s continually looking for ways to increase her competitive advantage and make her mounts more comfortable. Like with the 11-year old Rhinelander gelding Dicas, the current star of her string. When breathing issues plagued the horse, Engle wanted to find an alternative to the nebulizer.

“He wasn’t coughing so much, but his breathing is very heavy and he had a lot of allergies,” she said. “We switched everything from the type of feed he got, the type of bedding, we had him scoped—he had all these things done and all these things checked. Haygain was one of the things that the veterinarian in Kentucky suggested.”

“The Haygain had so many fantastic things that it did and side effects that were great for the horses—it cleans out the hay and makes it much easier for them to eat. It gets rid of anything that’s not good for them, hopefully—bacteria, fungi, and viruses—and all round it’s much healthier for the horses,” she continued.

When Dicas improved with the Haygain, Engle put all of her Grand Prix horses on steamed hay. She says it’s peace of mind.

“When we go to a different horse show week to week, you don’t have control over the hay and then you’re in places where we’re indoors the whole time and it gets a little stuffy, there’s stuff floating around in the air that gets inside [their feed]. If you can help sterilize it with the Haygain and help your horses out, it’s something that might gain you a little bit of an advantage.”