Tails of Fire, Ice and Horses: an Interview with April Anderson, Director of Tails of Iceland

Home > Blog > Books and Film > Tails of Fire, Ice and Horses: an Interview with April Anderson, Director of Tails of Iceland 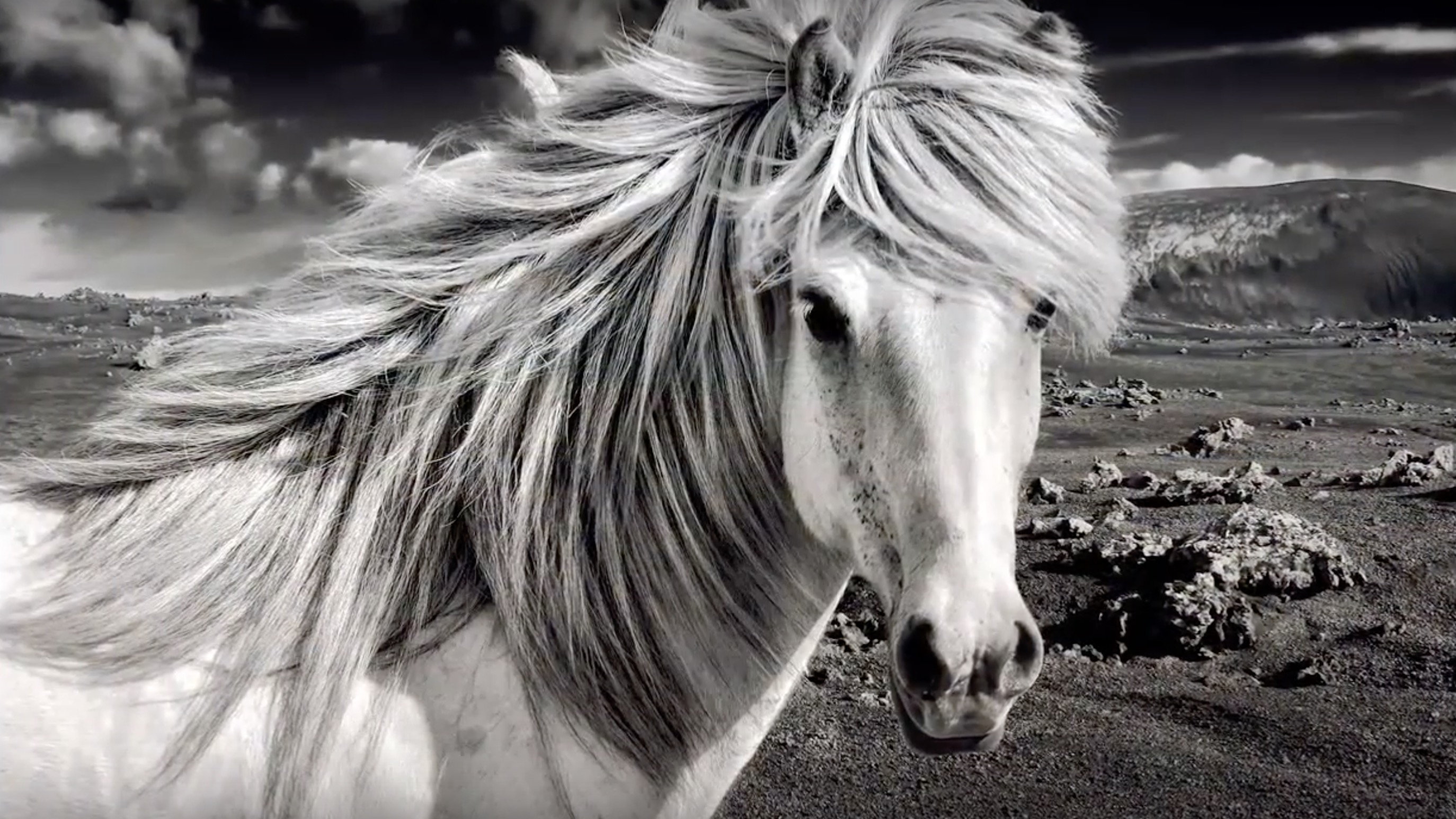 Shot over 14 days in April and August of 2018, Tails of Iceland delicately weaves the story of how Icelanders and their unique, multi-gaited horses have shaped the culture of the island.

Only 360,000 people and over 100,000 horses inhabit Iceland. Tails of Iceland seeks to show a diverse set of perspectives on the breed and features dozens of interviews with trainers, breeders, owners, and artists all obsessed with the animals that roam the dynamic landscapes of the remote country.

Created by the Art as Air project and produced by Erna Arnardottir and Martin Chytil, Tails of Iceland is the visual vacation for horse lovers and travel enthusiasts. I sat down with director and producer April Anderson at the Equus Film Festival at Kentucky Horse Park to talk about filmmaking, horses, and what she is working on next.

What is the difference between shooting horses versus shooting another kind of documentary?

Every time you shoot an animal, they are constantly moving, they are never still. If you get them in a position you want, in two seconds it’s gone. For better or for worse, this is the case. You miss moments, but everybody misses moments because it is constantly changing.

The weather and wind were the biggest challenges. It is always windy in Iceland. Martin Chytil, one of the producers, learned how to do the drone in the baptism of fire that is Iceland. I am so glad it was him and not me because I would [have been] a basketcase—I always thought it was going to crash.

The Icelandic Horses are a lot like puppies. They have to follow you around; they have to put their noses on you, they bump, you they nudge you. They say, “Hey, I am over here. Why are you not paying attention to me?”

They are probably the happiest horses I have ever come in contact with, and I think that is because they are allowed to run free for the first four years of their lives. They leave them out to build up their musculature because they have to carry full-size humans.

They are also left out to roam around the island all summer. In fact, they are rounded up once a year and herded into one area where the owners can then separate their personal horses from the rest of the gang. This is a big three-day event in Iceland every September.

In the winter, some are left out, and some live in barns. This is why we have a segment about turning them out on a Sunday morning. Shooting that was probably the coldest I have ever been in my life. They would let them go and herd them with a jeep and herd them in laps. They just ran and ran and ran and had a great time.

We are going back to Greenland and Iceland because those places are ground zero. I want to talk to the people and ask them about their experience and what is happening. The glaciers are receding on both islands, which is their source of fresh water. While they are very resourceful and working on their ways to combat it, unless the rest of the world is on board, it just isn’t going to happen.

What is like to see your film at the EQUUS Film Festival?

This has been great. I didn’t know what to expect, but we were honored to be selected. Coming to Kentucky is something very different because we live in Manhattan. I have met a lot of great people, and we look forward to the rest of the weekend.

Learn more about the EQUUS Film Fest, presented by GOSS RV Luxury Motorcoaches, at EquusFilmFest.net. Can’t make it to Festival? Check out EQUUS Film Channel, your source for the best independent horse films on the Web!