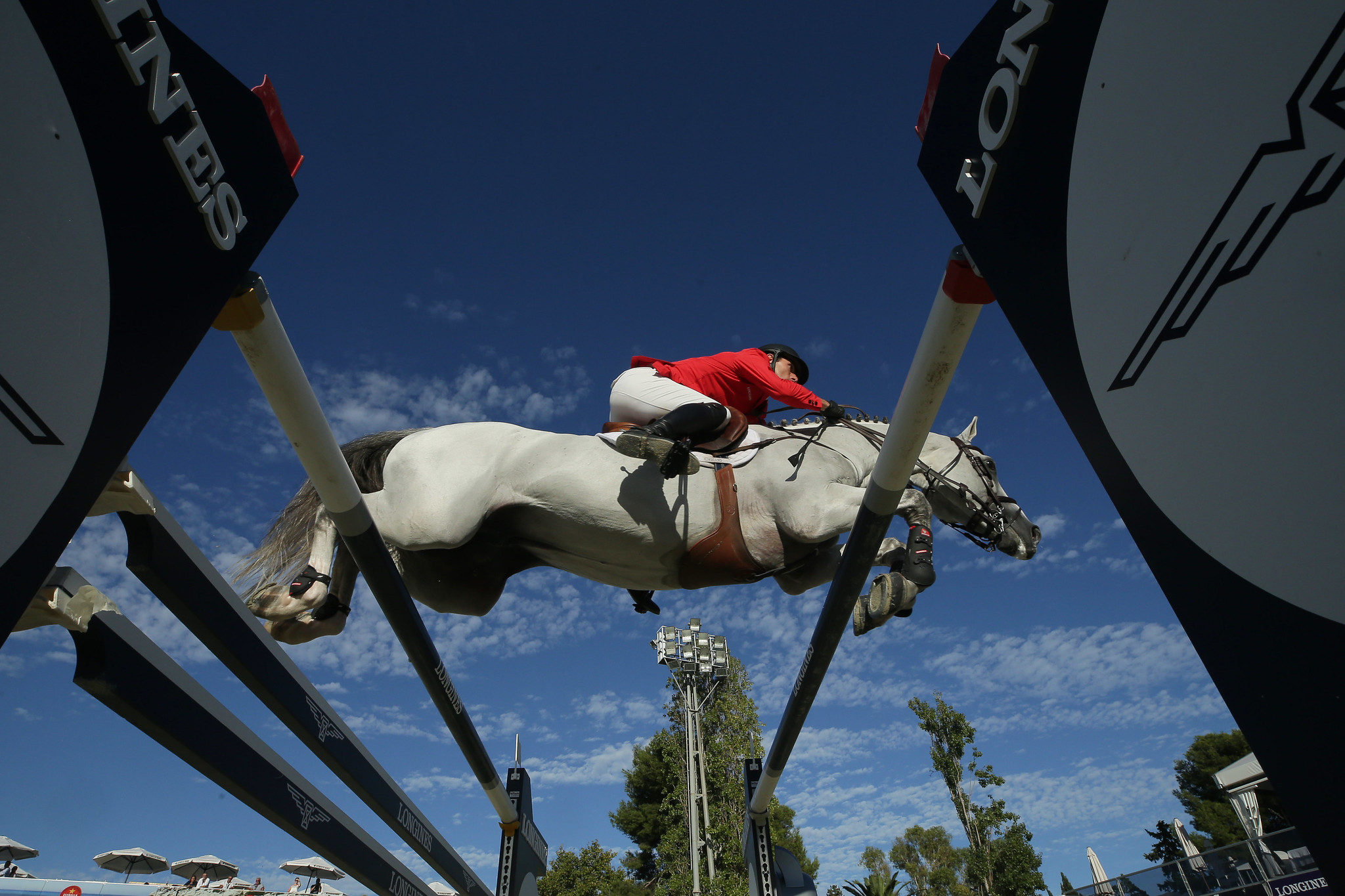 They took team gold at the 2018 World Equestrian Games in Tryon, USA. And team silver at the 2016 Rio Olympic Games.

This week at the Longines FEI Jumping Nations Cup™ Final in Barcelona, Spain, however, they will not be adding to their championship medal collection.

For the second year in a row, Team USA did not make the cut for Sunday’s Final round. It’s like a really, really terrible case of déjà vu. With a heaping side of WTF Just Happened?

In today’s first round, Spooner had an uncharacteristic 13 faults. Kraut, 12.

Together with Jobs’s four fault performance and Ward’s single time fault, the Americans finished on a team total of 17 and out of podium contention. They’ll join the nine other lowest ranking teams in Saturday’s consolation round (aka, Challenge Cup) instead.

Mexico, the only other team from the North and Central America and Caribbean Division, didn’t make the top eight either. Sigh.

(Canada, as you’ll recall, won the last qualifier at Langley’s Thunderbird Show Park but finished third overall in the division and therefore didn’t qualify for the Final.)

North America’s loss is South America’s gain. In a plot twist of underdog proportions, Colombia did make the top eight in Barcelona.

Chef d’equipe Herve Roland Godignon said his biggest problem was putting a team together for the Final. That didn’t stop Carlos Enrique Lopez Lizarazo from producing one of just nine clears on the day over Spanish course designer Santiago Varela’s 13-fence track.

Colombia now joins Ireland, Italy, France, Sweden, Switzerland, Belgium, and Germany in Sunday’s medal deciding round. The first three nations have the added pressure of fighting for the team Olympic qualification on offer at the Final, as well.

The newly-crowned European champions and Nations Cup Final defending champions from Belgium topped the field on Thursday with Olivier Philippaerts and Gregory Wathelet producing clear rounds for a team total of four. France took second on five faults, while Sweden and Colombia tied for third on nine.