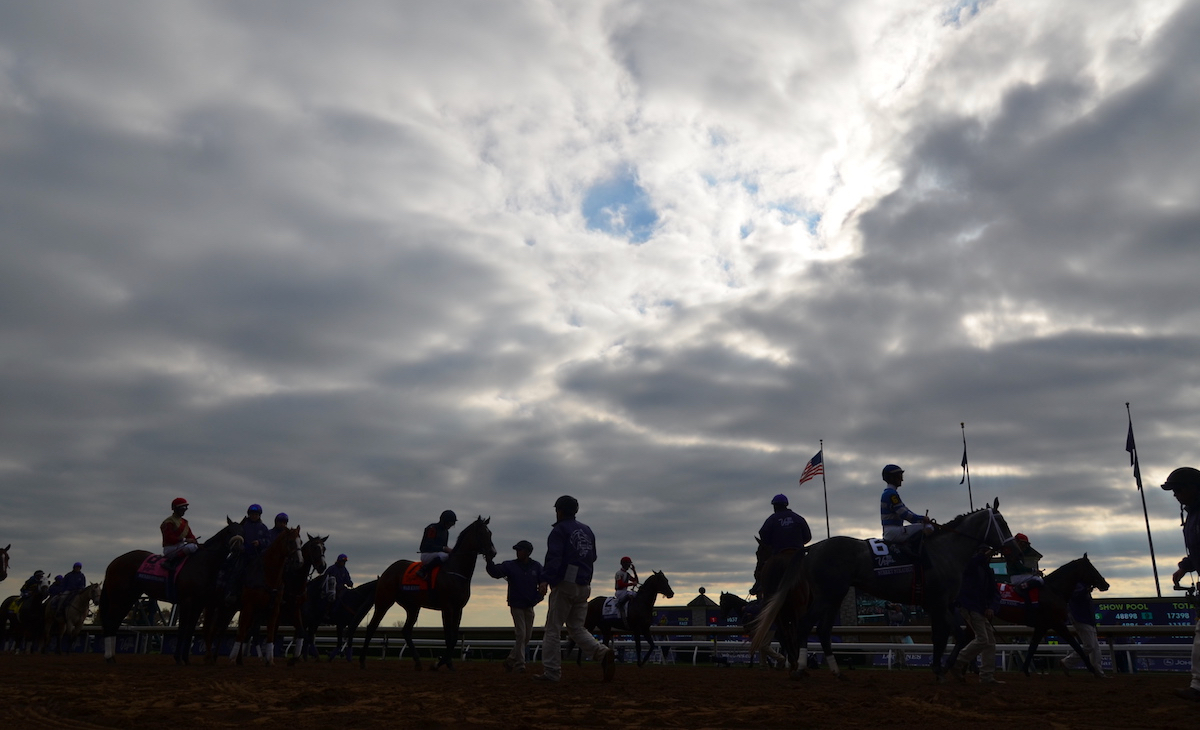 The Jockey Club concluded its 67th Annual Round Table Sunday in Saratoga, NY by recommending the American Thoroughbred industry unite on several measures from banning the use of the whip “for encouragement” to uniting on the drug policies in American racehorses and bringing interference rules in racing in compliance with worldwide practices.

The Round Table is available in its entirety here.

James L. Gagliano, The Jockey  Club president and chief operating officer stressed the need for uniting on consistent policies “if (Thoroughbred industry) stakeholders wish for it to be successful.”

The Jockey Club is the official breed registry for North American Thoroughbreds and serves as a strong advisory board for the Thoroughbred industry in the United States, which is officially governed by regulatory authorities in the 38 states that sponsor Thoroughbred racing.

Most notable was the Club’s outright endorsement of banning the use of the whip, sometimes called a crop, during races. Chairman Stuart Janney III announced the recommendation, which was made by the Club’s Thoroughbred Safety Committee, which also included penalty guidelines for breach of the ban.

“The use of a whip to force horses to run faster is archaic and should be eliminated on a global scale,” said Irby in response to the Club’s endorsement. While use of the whip currently is unrestricted in U.S. racing, its use is regulated, usually by the number of allowable strokes, in most racing jurisdictions worldwide.

Janney offered support for the ban with polling data from research commissioned by the Club.

“Consumer research conducted earlier this year indicated that making penalties stricter for violation of rules regarding use of the riding crop received the most support among current and potential fans,” Janney remarked. “No horse or rider will be disadvantaged by the rules, and we will still have fair winners.”

Irby added, “If the racing industry fails to follow The Jockey Club’s lead in implementing reforms, we’ll see more advocates and groups emerge to work on eliminating the sport of horse racing in its entirety.”

Use of the hard leather whip has always been controversial, but came under widespread criticism following the 2008 Kentucky Derby when filly Eight Belles, a clear second-place finisher with no chance of winning was whipped several times in the final stretch. She broke down after the finish, shattering both front ankles and was immediately euthanized with the announcement made on NBC before an international television audience.

Its use is equally controversial among trainers, with some opposing its use altogether, while many jockeys regard it as a safety tool needed to control a racehorse.

Perhaps lesser known than People for the Ethical Treatment of Animals (PETA), Animal Wellness Action seeks to “alleviate the suffering of companion animals, farm animals and wildlife,” including the elimination of dogfighting, cockfighting and the regulation of factory farming. It also works to eliminate the controversial use of drugs in American racing, another topic addressed at Sunday’s Round Table.

“I think that having a national drug policy would unleash an economic monster in America,” said Messara. “It is difficult for us in Australia to judge if we should buy a mare or stallion from the U.S. because we do not know if it received medication. Rather than get bitten by it, we stay away.”

The use of the anti-bleeding raceday medication Furosemide, trade name Lasix or Salix, is common in the U.S., but banned in Australia and other countries. It is often thought to mask the genetic tendency of horses to bleed from the lungs following the stress of a race thereby passing the flaw along to their progeny.

Addressing the current interference rules and their public relations effect also were on the Round Table agenda. Controversy marred this year’s running of the Kentucky Derby when Maximum Security was disqualified for interference by Churchill Downs stewards, who awarded the roses to 65-1 longshot Country House, a horse not involved in the disqualifying incident. Stewards compounded the controversy by refusing to explain their decision or to take media questions at the brief post-race press conference where they announced their decision.

Kim Kelly, chief steward of The Hong Kong Jockey Club urged adoption of the so-named category 1 interference rule. The purpose of the category 1 rule is to reward the best-performing horse. Under this rule, issues ranging from interference to the over-or-under performance of horses are resolved on raceday. In cases of potential interference, jockeys appear before a stewards panel immediately following the race in question before a determination is made. The U.S. and Turkey use the so-named category 2 rule.

“It is my respectful opinion that category 2 yields inconsistent and undesirable outcomes,” said Kelly. “While category 1 may not be perfect, one interference rule is significantly less imperfect than the other.”

Kelly also emphasized that it is vital for racing regulators and stewards to be transparent in explaining how they determine their rulings and that they share their explanations with the media and the public.

“So long as decisions are properly considered with all of the relevant factors and competing arguments being taken into account, then those decisions will always be able to be supported,” explained Kelly. “Transparency is king. Confidence in the regulation of racing is paramount. Confidence lost, everything lost.”

In perhaps its most important recommendation since it is the one least likely to be read and understood by the public, the Club called for support the Horseracing Integrity Act of 1919, H.R. 1754, reintroduced March 14 by Representative Paul Tonko (D-NY). As stated in The Congressional Record:

“This bill establishes the Horseracing Anti-Doping and Medication Control Authority as an independent, private non-profit corporation with responsibility for developing and administering an anti-doping and medication control program for (1) Thoroughbred, Quarter, and Standardbred horses that participate in horse races; and (2) the personnel engaged in the care, training, or racing of such horses.”

The Federal Trade Commission would exercise oversight for five years after which time regulatory authority could be relinquished to an interstate compact. The Bill presently has 137 co-sponsoring House members. Similar bills in recent years have incurred legislative opposition sufficient to thwart their passage.

William M. Lear Jr., vice chairman of The Jockey Club, explained the Horseracing Integrity Act is in the best interests of the horse racing industry, comparing the issue’s current regulation with a fox-guarding-the henhouse analogy.

“This legislation is founded upon the unremarkable proposition that the regulatory authority should not be controlled by those being regulated, but instead by independent persons with deep knowledge of and experience in the sport but with no conflicts of interest and nothing to gain or lose personally, including financially, as a result of the regulations adopted,” said Lear.

Other legislation discussed at the Round Table included the Safeguard American Foods Export Act of 1919, H.R. 961, introduced Feb. 4 by Rep. Jan Schakowsky (D-IL), which amends existing legislation by placing a total ban on the slaughter of horses for human consumption in the U.S. as well as a ban on the export of horses for slaughter and human consumption to all foreign countries.

Valerie Pringle, the campaign manager for equine protection for The Humane Society of the United States, urged support for the measure.

Finally, Dr. Nancy Cox, the dean of the College of Agriculture, Food and Environment at the University of Kentucky in Lexington, provided an update on work with the Thoroughbred industry to improve track surfaces. The University plans to invest in “enhanced technical support,” establish an endowed professorship dedicated to racing safety, and conduct research into technologies to better maintain track surfaces.

In related news, officials at Santa Anita Park have announced a new main track drainage system would be installed under the inside rail before its upcoming fall meet. The Park was the scene of the high number of horse fatalities during the winter season, some of which were attributed to excessive rain and possibly inadequate drainage.